Know Your #Ad From Your #Af? 6 Things We All Should Know About Influencer Marketing 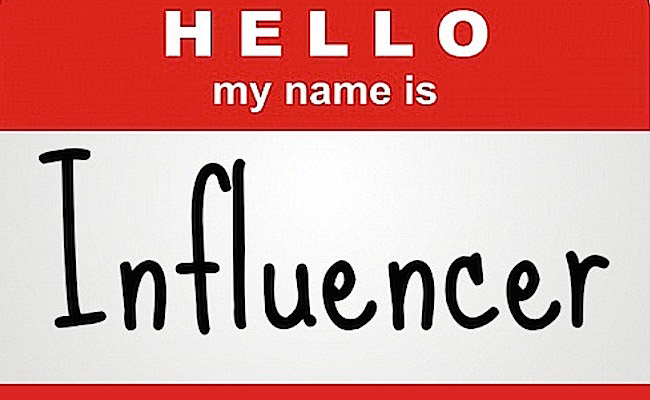 ‘Call out culture’ is enjoying a bit of a boom in Ireland, and suddenly everyone’s an expert on what influencers should or shouldn’t be doing on social media. But what are the hard and fast rules?

Eimear McManus is the founder of Digital Works Agency, which works with brands on influencer marketing – so it’s fair to say she knows the tricks of the trade.

She’s given STELLAR a checklist of things everyone should be aware of on the average scroll through Instagram. It’s time for a bit of an education…

…I've always struggled with making time for breakfast & would normally go to work without eating at all! I was recently advised to try the breakfast shakes from @nutribuddyuk. they only take a few seconds to mix up & are completely healthy! I also think they taste like cake mixture – yum!! 10% discount with the code – ROSIEJULY10 #nutribuddy #ad #breakfast

You probably already do, in fairness to you. The most common ways to spot an advertisement on social media is to look out for the #ad, #sp or #spon hashtags. This isn’t to say that they’ll always be proudly at the very top of a post, or clearly seen in the story, however – often times they’ll be stuck in the middle of a ton of other hashtags, or in the case of Instagram Stories, made to blend in with the background.

“Instagram has recently introduced a paid partnership tag, allowing influencers to highlight more clearly if a post is an advertisement. This is an excellent step-forward in transparency as it is much more obvious to the consumer than a hashtag,” says Eimear.

Another one to look out for is #af, which means ‘affiliated’, and can be found on Stories asking you to ‘swipe up to shop’ or on blog post/YouTube video description with links to items. The influencer will earn a commission when you buy something using their link.

Lastly, you’ll want to watch for online discount codes, which again earn an influencer commission with every use. “Influencers regularly disguise these posts as gifts for their followers, and in the excitement of it all forget to declare the commission,” warns Eimear. Mmm. Convenient.

People might recognise a hashtag ad when they see one, but things can still sneak in under the radar. This is where Eimear’s company step in – they monitor the posts to make sure the correct indicators are used, and help brands to understand advertising guidelines and expectations. Nevertheless, there are some tactics that are seemingly designed to confuse.

“If your favourite influencer uses the hashtag #brandambassador or #ambassador in a post, don’t be fooled – they’re not sharing a certain product or proudly snapping at an event for the good of their health,” says Eimear. “Whilst they may not have received payment for the post in question, they likely have been paid by the brand for other activity.”

Similarly, if an influencer is sharing quite a lot of information on behalf of a brand, for instance deals from an airline or snaps from inside a hotel room, this is likely the equivalent of the benefits-in-kind we are all familiar with in our own work. Whilst no money may have exchanged hands, the influencer may have been gifted an experience. This should be declared as a partnership as the opinions shared by the influencer on the experience may not be totally honest and lead the consumer to believe something untrue.

In other words, if someone is tagging, hashtagging AND geo-tagging the hotel they’re staying in, it’s probably because they’re there for free. Something to keep in mind!

Know your macros from your micros

Hi. My name is Zoe and I have a giraffe Neck ? (went for afternoon tea in @thegrandbrighton this afternoon with @pointlessblog and it was lovely)

No, we’re not talking about food here. A macro-influencer is industry speak for an influencer with a large, global following, while micro-influencers have smaller, more local ones. This doesn’t mean that they’re never paid for content, however.

“This set of social media gurus have massive influence within their local communities and are more regularly being identified by brands as a mechanic to get a product noticed,” says Eimear. You don’t need to worry though, as they’re more likely to remain trustworthy and true to themselves:

From our experience working with [micro-influencers], we find their content honest and authentic. More often than not, it’s this set of influencers who will work exclusively with brands they truly rate themselves.

Be wary of product placement

While we’re used to seeing strategically placed products on TV and in music videos and know exactly what’s going on (shout out to the artfully arranged sun cream on Love Island), product placement is still a grey area on social media. Was the hairspray clearly visible in the background of a YouTube video left there innocently, or as part of a partnership? *thinking man emoji*

“If the same brand seems to be appearing subtly time and again, the influencer may be working with the brand in some form or trying to get its attention to work with them in the future,” says Eimear.

6 months into the year, it feels like it’s flown by. Some of us might have built some amazing things and some of us might have felt like we haven’t done much. But it there’s still another 6 months to go. So I’m partnering with @cluse to give you a little motivation to make the rest of the year count even more buy giving you guys the chance to win this watch! So follow @cluse and comment with an emoji when your done. I’ll let you know who the winner is next week via instagram stories! Goodluck ? #cluse #iamlagarconne

We’ve all probably seen something gorgeous on Instagram, had to have it immediately, and parted with our money without so much as blinking an eye. But if you’ve been stung by a falsely glowing review, you’ll know that’s not always a great idea.

Eimear suggests trying out an influencer-approved product in store first if you can, or seek out other reviews online – also bear in mind that you don’t HAVE to give them commission by shopping through affiliate links.

And respect the work involved

Curveball! But really, says Eimear, the work that some influencers do is “much harder to turn out than you might think”. You’ve got to plan the content, produce it, schedule it, and respond to comments and tweets, as well as all the usual stuff that goes with being self-employed.

“The content should absolutely be enjoyed for what it is, and if it makes you smile or gives you the tip or advice you need, engage and let the influencer know,” says Eimear. As many influencers and bloggers have been saying, there’s no need to tar everyone with the same brush – lots do work hard to produce stuff worthy of our eyeballs. With this knowledge in hand, you’ll be able to sort the genuine articles from the shills.