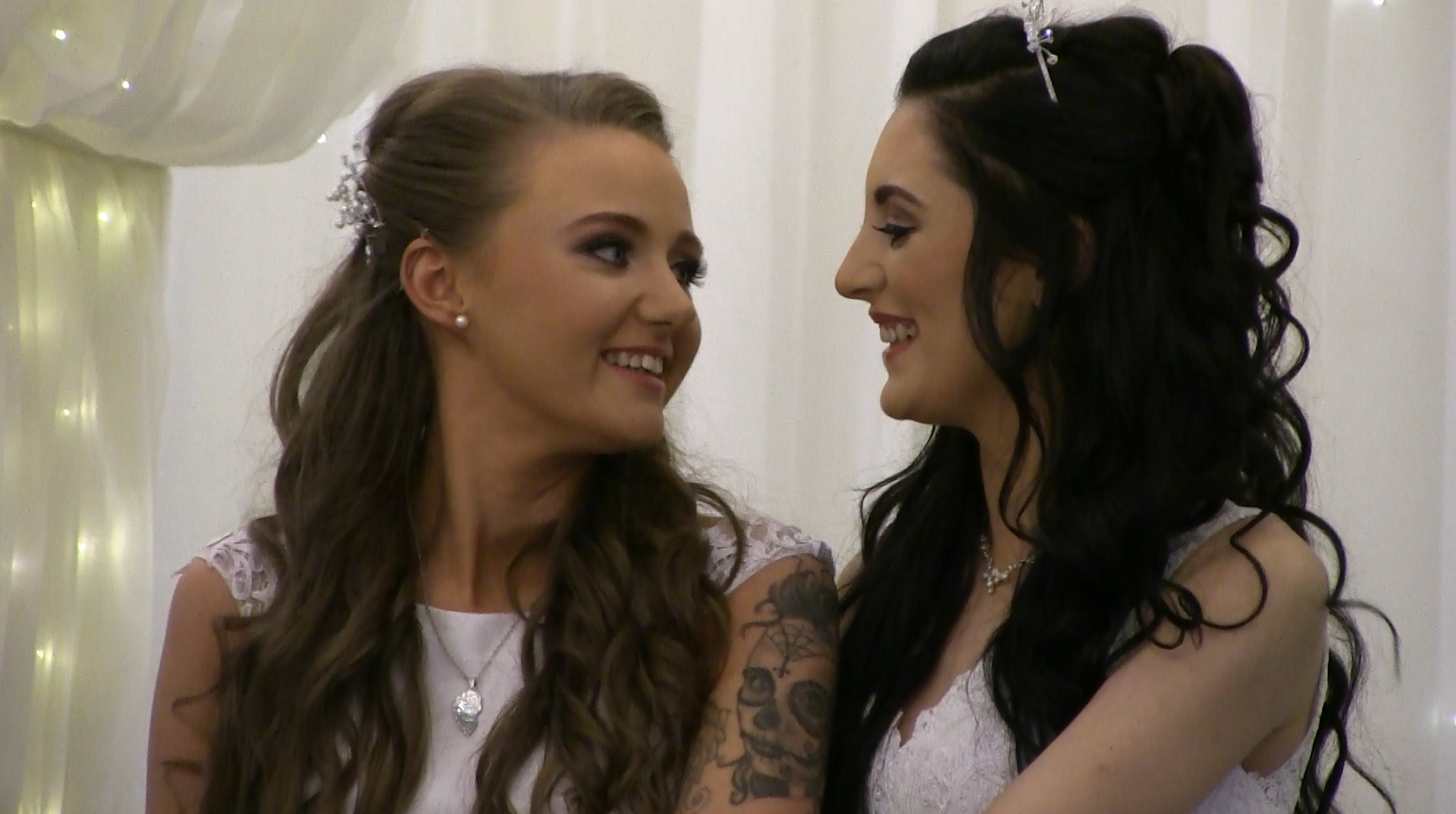 Northern Ireland’s first ever same-sex marriage happened yesterday, and the photos are just too lovely.

Robyn Peoples (26) and Sharni Edwards (27) exchanged vows at the Loughshore Hotel in Carrickfergus, telling RTE they weren’t expecting to be the first gay couple to do so in the North.

A kiss after making history. Robyn Peoples (left) and Sharni Edwards become the first couple to have a same sex marriage ceremony in Northern Ireland following a landmark change to the region’s wedding laws. pic.twitter.com/fuTdqFD82u

They had already scheduled a civil partnership ceremony to coincide with their sixth anniversary, but when the new laws were passed, they decided to have a wedding.

“Today is our six-year anniversary so we wanted to go ahead with a civil partnership but when the bill passed, it was perfect timing,” said Sharni. “It was a happy coincidence, we couldn’t be more grateful.”

Last July, Westminster MPs backed an amendment to extend same-sex marriage and access to abortion to Northern Ireland – the new laws came into effect in January of this year.

“We fought so long and hard for this opportunity to be seen as equal, and now we are here and it’s just amazing,” said Robyn.

Before the wedding, the brides said they were sending a message to the world that “we are equal”. Sharni, who is originally from Brighton in England, said she wasn’t aware that same-sex marriage was previously illegal in Northern Ireland.

“We feel humbled that our wedding is a landmark moment for equal rights in Northern Ireland,” she said.

We didn’t set out to make history, we just fell in love. We are so grateful to the thousands of people who marched for our freedoms, to the Love Equality campaign who led the way, and the politicians who voted to change the law.