What Can We Do? Ways We Can Support The Fight To End Violence Against Women

A list of organisations and charities fighting gender-based violence

Yesterday, 23-year-old teacher Ashling Murphy put on her running shoes and left her home, never to make it back.

The entire nation is grieving the unfathomable tragedy which took Ashling’s life. At 4 pm yesterday afternoon Ashling went for a run in her hometown of Tullamore where her life was cruelly stolen from her. A 40-year-old man has been arrested by Gardai and is currently being questioned as we await further news on the circumstances of Ashling’s death.

Today, a lump has formed in the throat of every woman in Ireland. It could have been my best friend, my sister, my mother, it could have been me. We exist with an inherent fear that our lives could be ended at any given moment because a man has decided so.

Ashling’s name has been added to a long list of women who have died needlessly at the hands of a male, 244 since 1996 as on Women’s Aid’s records.

It hasn’t yet been a year since the brutal killing of Sarah Everard, which made headlines across the world as she was murdered for simply walking home from a friend’s house. Just last week 17-year-old Alanna Quinn Idris was assaulted with her friends by two men in Dublin. So when does it end? We ask.

Ultimately, it isn’t our fight to end. Violence against women isn’t a female issue, it’s a male one. And while we acknowledge that not all men are bad, in the same breath we say, it’s always men.

It can be difficult to know how to respond to such traumatic news, and social media is a heavy place to be right now. For many, Ashling’s story cuts too deep to warrant a public response, and that’s completely okay. For others, reposting information on their social media might not feel like enough.

Strategies to end gender-based violence need to be drawn by those in power. Education geared towards males from primary school age and up needs to be rolled out. And the criminal justice system needs to be revisited. It’s easy to feel helpless when it’s clear that change needs to come from the top down, but there are still ways that we can make our voices heard and play a part in changing the rhetoric.

Below are a number of organisations and charities in Ireland and across the world that are working tirelessly to end violence against women. If you’re in the financial position to do so, you could donate to them, if you have time and the emotional capacity, you could volunteer with them, or you can simply keep them in your mind as they continue their fight.

This should have never happened to you Ashling, may we finally see change.

Reality TV Is A Form Of Therapy - Not Just Trash

Five Home Workouts We're Totally Loving For Getting Fit In The ... 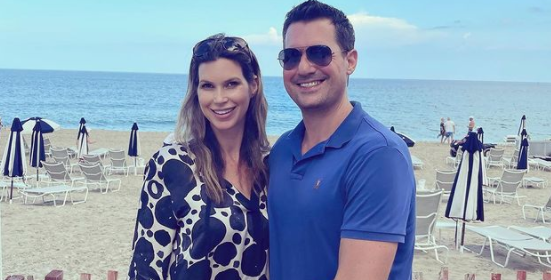 Selling Sunset's Maya Has Opened Up About The Loss Of Her Son A...