Why Having A Small Group Of Friends Is Great, Actually

It's easy to feel guilty when you find yourself hashtagging 'cat goals' more than you do 'squad goals'.

Yesterday was International Friendship Day, and it got me thinking about how it’s so easy to be hard on yourself for the silliest of things. One of those silly things I find I’m constantly worried about is ‘Do I have enough friends?’ These days, all I do be seeing is #squadgoals on social media, and it can get a little upsetting when you can’t help but wonder why your life isn’t the same.

But today I’ve decided enough is enough. It’s time to stop worrying – seriously – because guess what? Hanging out with the same two mates is OKAY!

the most unrealistic part of sex and the city isn't carrie's apartment, it's having 3 close friends

You leave school with a big gang of friends, you go to college and click with another group of friends, you start work and make work mates, and it’s just impossible to keep all those friendships going. Because really, who is actually able to say they are super good friends with everyone they have added on Facebook?

Sometimes you’re just too busy, and that’s a good thing. You have so much going on your life whether it be with work, family or just having YOU time (AKA watching reality TV in your pants). It can be super hard to divide your time amongst a gang of pals. Don’t feel guilty for choosing you and your mental health over cocktails with gals you struggle to make small talk with. 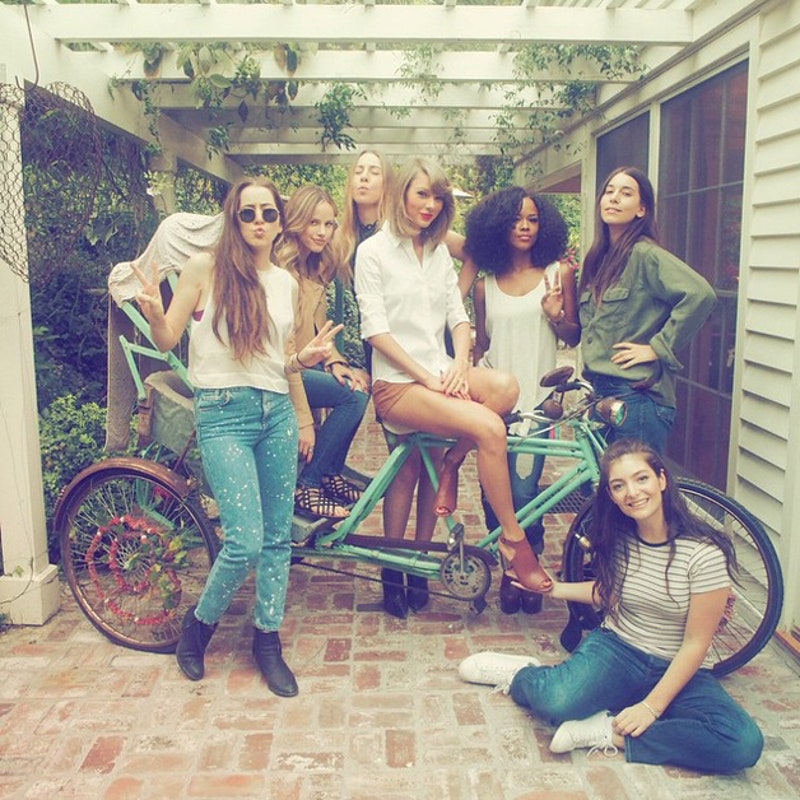 You’d expect your fella to choose you over his mates, so why can’t it be a two-way street? Picking a Netflix and chill date with your bae over a night in the club with the squad isn’t something you should be beating yourself up over. As long as you’re not kicking your friends to the curb and still find yourself craving WhatsApp voice notes from those two solid besties, you are fine.

Friendships take a lotta time and effort and having too many friends will have you spread too thin. Sure you’ll have plenty of group pics to make your followers jealous… but are the people in your snaps actually your mates? Having a few close pals helps you see clearly which friends are genuine when they say they love you, and who’s just in it for the ‘gram.

Don’t just take my word on this, there’s been numerous amount of studies done on the benefits of having fewer friends and it’s been proven by MIT that the brain actually won’t allow you to have more than five BFFS.

An individual’s group of 150 contacts is layered according to the strength of emotional ties. Individuals, generally have up to five people in the closest layer. The next closest layer contains an additional ten, the one beyond that an extra 35, and the final group another 100. So cumulatively, the layers contain five, 15, 50, and 150 people.

So really, while you might be friends with 150+ people on Facebook, only five of them are truly your best friends.

At the end of the day gals, remember what your secondary school English teacher taught you: It’s quality over quantity.