Pass the popcorn and Minstrels this way. 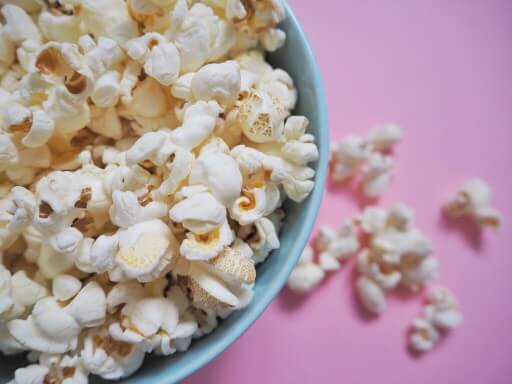 Fancy a midweek movie night? Or maybe you’ve no weekend plans and all you want is a relaxing weekend staying put on the couch? Well, you’re in luck because we’ve just the thing for you.

With the 2022 Oscar nominations now released, there’s plenty of time to work your way through most of the films nominated before the award winners are announced.

So, here are five Oscar-nominated films that you can watch right now from the comfort of your own home. Enjoy!

With such a star-studded cast, Adam McKay’s Don’t Look Up was bound to get an Oscar nom. Leo DiCaprio, Jennifer Lawrence and the queen Meryl Streep (among others) teamed up last year for a satirical comedy disaster film about the media’s indifference to climate change.

Aside from Best Picture, the film is also up for Best Original Screenplay, Best Film Editing, and Best Original Score. It’s a good day to be Adam McKay! You can watch it for free, on Netflix right now.

Starring possibly the most beautiful cast to ever exist, Dune, directed by Denis Villeneuve, is up for nine Oscars alongside Best Picture. The sci-fi/adventure movie stars Timothee Chalamet in the leading role, supported by Oscar Isaac, Rebecca Ferguson, and Zendaya.

The movie is based on the book of the same name by Frank Herbert, and a sequel has already been greenlit for release in October 2023. Exciting! You can rent Dune on Apple TV or Amazon Prime for €4.99.

From the director of Orange is The New Black, CODA is a warm and tender family drama about a teenage girl whose parents are deaf. Playing the father in question is Troy Kutsur, who is up for Best Supporting Actor, making him the first deaf man to ever be nominated for an Oscar.

Apple TV subscribers can stream CODA right now, and anyone else will need to pay €4.99 a month to sign up – after a very handy 7-day free trial.. cough cough.

Back in a biography and where he shines brightest, Will Smith plays Richard Williams, father to iconic tennis players Serena and Venus Williams. The film is all about how the girl’s father prepared them for success and stars an original song by Beyoncé called ‘Be Alive’, which is nominated for Best Original Song as well.

You can watch the touching tribute on Youtube, Google Play, or Apple TV, where it can be rented from €16.99.

The Power of the Dog

Giving Dune a run for its money is The Power Of The Dog, which is nominated for ten Oscars alongside Best Picture, including Best Director, Best Production, Best Cinematography, and Best Film Editing. Wow.

Even better, the film can be watched for free, right now, on Netflix. It’s a western psychological drama set in rural New Zealand, with Kirsten Dunst, Benedict Cumberbatch, and Jesse Plemons; best known for his role as Todd in Breaking Bad.

A post shared by The Power of the Dog (@powerofthedogfilm)

What are you waiting for? Someone get the Maltesers!