"A lot is being said about me right now and I want to clear the air."

Since the TikTok was posted, other people have shared similar stories of the singer and now he is breaking his silence on the matter.

@sumnerstroh embarrassed I was involved w a man with this utter lack of remorse and respect. #greenscreen ♬ original sound – Sumner Stroh

Taking to Instagram stories Adam wrote, “A lot is being said about me right now and I want to clear the air. I used poor judgment in speaking with anyone other than my wife in ANY kind of flirtatious manner.

“I did not have an affair, nevertheless, I crossed the line during a regrettable period in my life. In certain instances it became
inappropriate; I have addressed that and taken proactive steps to remedy this with my family. 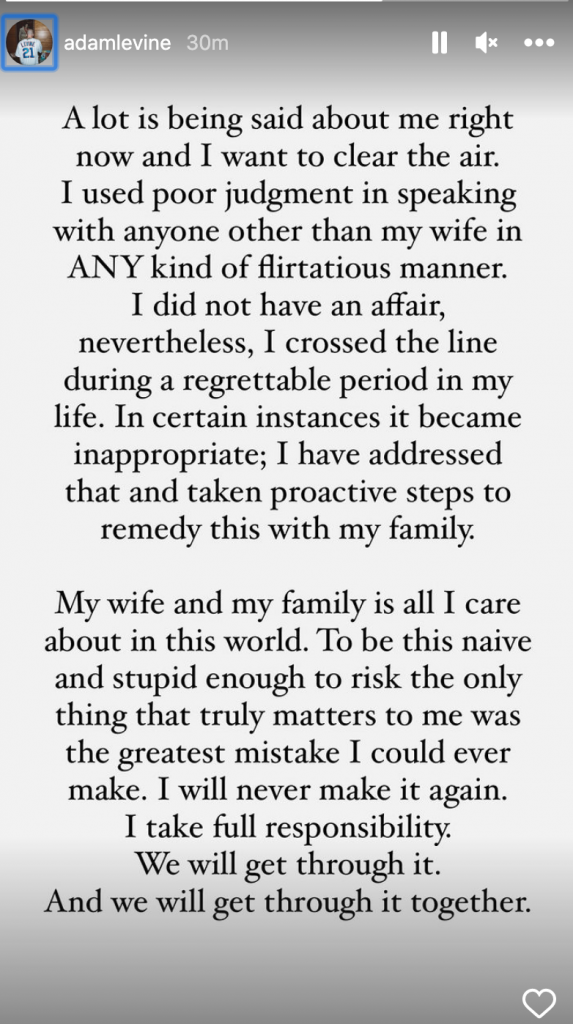 “My wife and my family is all I care about in this world. To be this naive and stupid enough to risk the only thing that truly matters to me was the greatest mistake I could ever make. I will never make it again. I take full responsibility. We will get through it. And we will get through it together.”

The pair have been married since 2014 and already share two children together.