Lewis Burton also says he "didn't get hit over the head with a lamp".

Flack was arrested and charged with assault in December after police found Burton covered in blood at her flat in north London.

In court later that month, Flack was accused of hitting the 27-year-old tennis player over the head with a lamp while he slept.

The Sun published photographs yesterday that allegedly show her bedroom after the incident, the sheets splattered with red stains. In the background is a painting by Noel Fielding, the purchase of which Flack revealed on Instagram in 2016.

However, in a statement on Instagram yesterday, Burton rejected the claims that the pictures show his blood.

“Bullsh*t this isn’t my blood and I didn’t get hit over the head with a lamp. Can everyone stop now,” he wrote.

“I love this girl more than anything no 1 knows what’s going on or what’s happened. She is f**king harmless and the most amazing person I have ever met.” 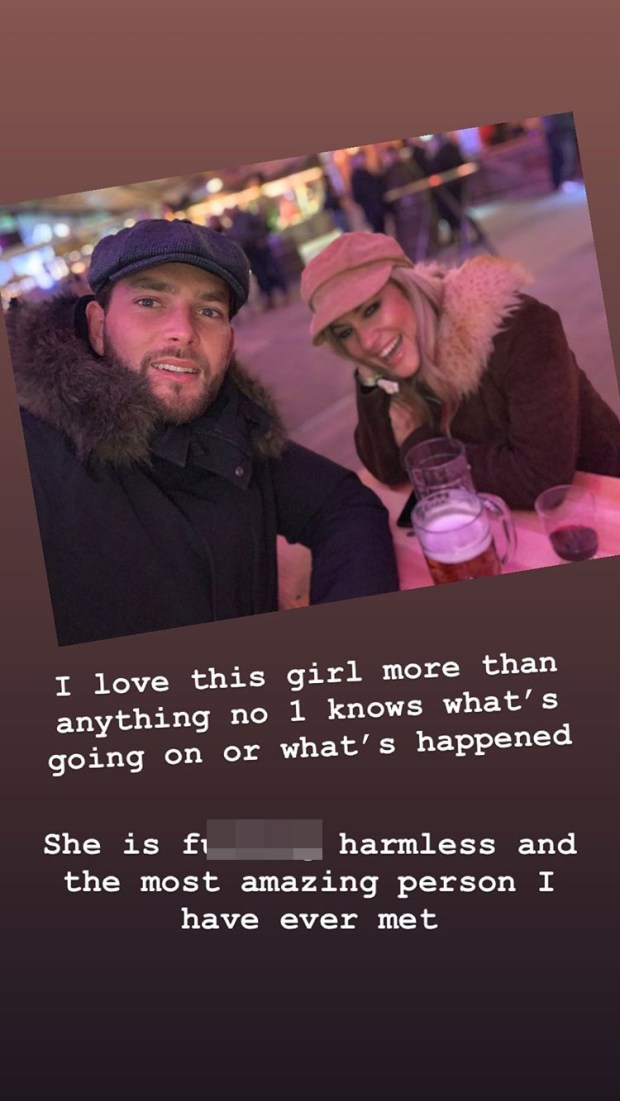 Highbury Corner magistrates court heard that Flack had become angry after reading texts on Burton’s phone and lashed out at him as he slept, injuring him and cutting herself on some broken glass.

The presenter is set to go on trial on March 4, where police bodycam footage and a recording of Burton’s 999 call will be included in the evidence. Her bail conditions ban her from contacting Burton.

Flack stepped down from her Love Island job after news of the assault broke – she’s been replaced by Laura Whitmore, who will be hosting Winter Love Island when it begins next week.