Did You Spot Tommy Fury’s Very Sweet Tribute To Molly-Mae During His Fight?

Well sure, isn't this just dotey. 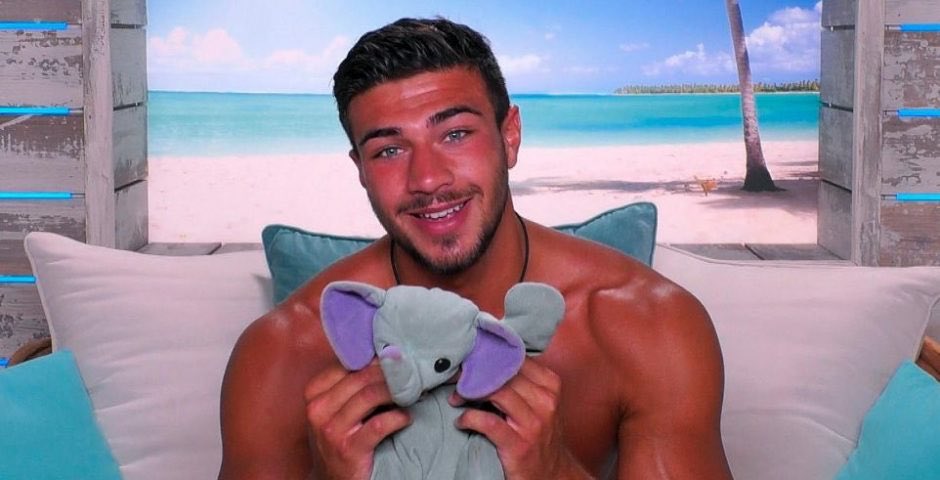 Tommy Fury might not have won Love Island back in 2019, but he’s certainly on the way to winning boyfriend of the year after he paid special tribute to his girlfriend during his fight on Sunday night.

Taking to the ring for his debut US fight, Tommy picked up the win over Anthony Taylor and prior to taking to the ring, donned a robe that had some very familiar markings.

Captioned by Molly-Mae as his “lucky charm”, the 22-year-old boxer had the face of his girlfriend’s cuddly toy stitched on the band of his robe alongside other markings like the Union flag, some stars and rosary beads.

Tommy Fury having ellie belly on his robe as a good luck charm .. ladies never settle for anything less 😭 pic.twitter.com/wyVmbrfBVE

Sharing his joy on winning the fight, dominating all four rounds, Tommy said his win was for Molly-Mae, adding that he couldn’t wait to get back to the UK to see her.

Unfortunately due to the pandemic, Molly-Mae was unable to fly out and be with Tommy for his big win. Instead, the Love Island star watched on with Maura Higgins’ and her granny.

Heading to Los Angeles now for a week of down time, Tommy admitted that when he lands back in Manchester it’ll be training time again as he prepares for his next fight and who knows… we might see him take to the ring with YouTuber Jake Paul as highly speculated.

As for Molly-Mae, well, she’s still celebrating a major win too – landing her dream role as creative director of PrettyLittleThing – you can read more about that here!