The theories are mounting. 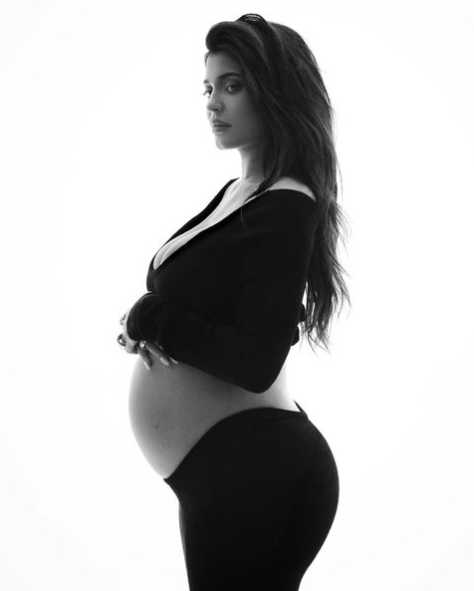 Kylie Jenner shocked the internet last week when she announced she was changing her baby boy’s name. She and Travis Scott originally introduced their son to the world as Wolf Webster. But Kylie then revealed in an IG story that they changed the name because it “just really didn’t feel like it was him.”

While her name change certainly came as a shock, the biggest surprise is yet to come, as Kylie and Travis still haven’t actually announced their bubba’s new name.

But that hasn’t stopped fans from speculating on what the newest member of the KarJenner clan is called. They have been busy hunting for hints and collecting clues, taking their evidence to Twitter. It is worth mentioning that Ky didn’t drop any hints about the name Wolf so it’s hard to know if she’d leave some clues about the new name?

It is totally possible, and honestly, likely, that Kylie could go for something no one saw coming. After all, the Kardashians love unique names. But one guess in particular has some pretty compelling evidence. With fans believing they named the baby Jacques.

The top theory, by far, is for the name Jacques, and there is a lot of evidence to back this one up. Firstly, according to a birth certificate obtained by People Magazine, Jacques was actually the baby’s middle name already.

So, where did Kylie and Travis find the name Jacques? Well, that brings us to the second piece of evidence. Jacques is a family name. Travis Scott is actually just a stage name, with his real name being Jacques Bermon Webster II. Naming a baby after a parent is already a common practice, but considering Travis is the second Jacques in his family, meaning this baby would be the third, really shows the importance of the name.

But the reasons don’t stop there, with the last big hint for Jacques coming from Travis’ mam Wanda. Kylie made a short video documenting her latest pregnancy called To Our Son. In the video, family members were interviewed about welcoming the new baby to the family. When Wanda spoke about welcoming the babba and how brilliant a mother Kylie is, she referred to the baby as Jack. The video was made before Ky gave birth, so it is definitely a name they considered.

Travis’ mom call their son “Baby Jack”?! Could it be short for Jacques or a play on the name?! @KylieJenner #KylieJenner #TravisScott #tomyson #wolf #babyjack pic.twitter.com/401knP9EMR

But unfortunately for fans, it doesn’t seem like Kylie will be revealing the name anytime soon. A source close to the pair told People, Kylie will “share his name when she’s ready.”

Adding, “Kylie and Travis liked Wolf, but after getting to know their son, they felt like the name didn’t fit him. They wanted to choose the perfect name that they both loved.”

However, Kylie’s new reality show, The Kardashians, is premiering on the 14th of April, so maybe Ky will share the new name in an episode. Even if she doesn’t, the show promises to be full of gossip anyway.