She let fans in on her love life while chatting on Instagram.

Comedian Joanne McNally is opening up about her experience on the exclusive celebrity dating app Raya, revealing that is how she met the man she’s currently dating.

Speaking on Instagram she revealed; “I’m actually seeing someone. I met an Irish guy on Raya, he’s sound and we’re like, dating or whatever.”

“But obviously I’m going to block him from seeing this video because I don’t want him to know I’m acknowledging we’re dating, because embarrassing.”

For fans of Joanne this will come as a big surprise as she was actually blocked from Raya last year.

Speaking on The Late Late Show last in September, Joanne confessed she was on every dating app possible, but was no longer able to use Raya.

Explaining what the app actually is, she said; “Raya is the celebrity one, which I wangled my way onto. I broke in, basically. I shouldn’t have been on there at all. Like, there’s proper celebrities on it, and then there’s people like me.”

Revealing why she was forced to leave, the Dubliner confessed she had been blocked after taking screenshots of a high-profile celebrity’s account. 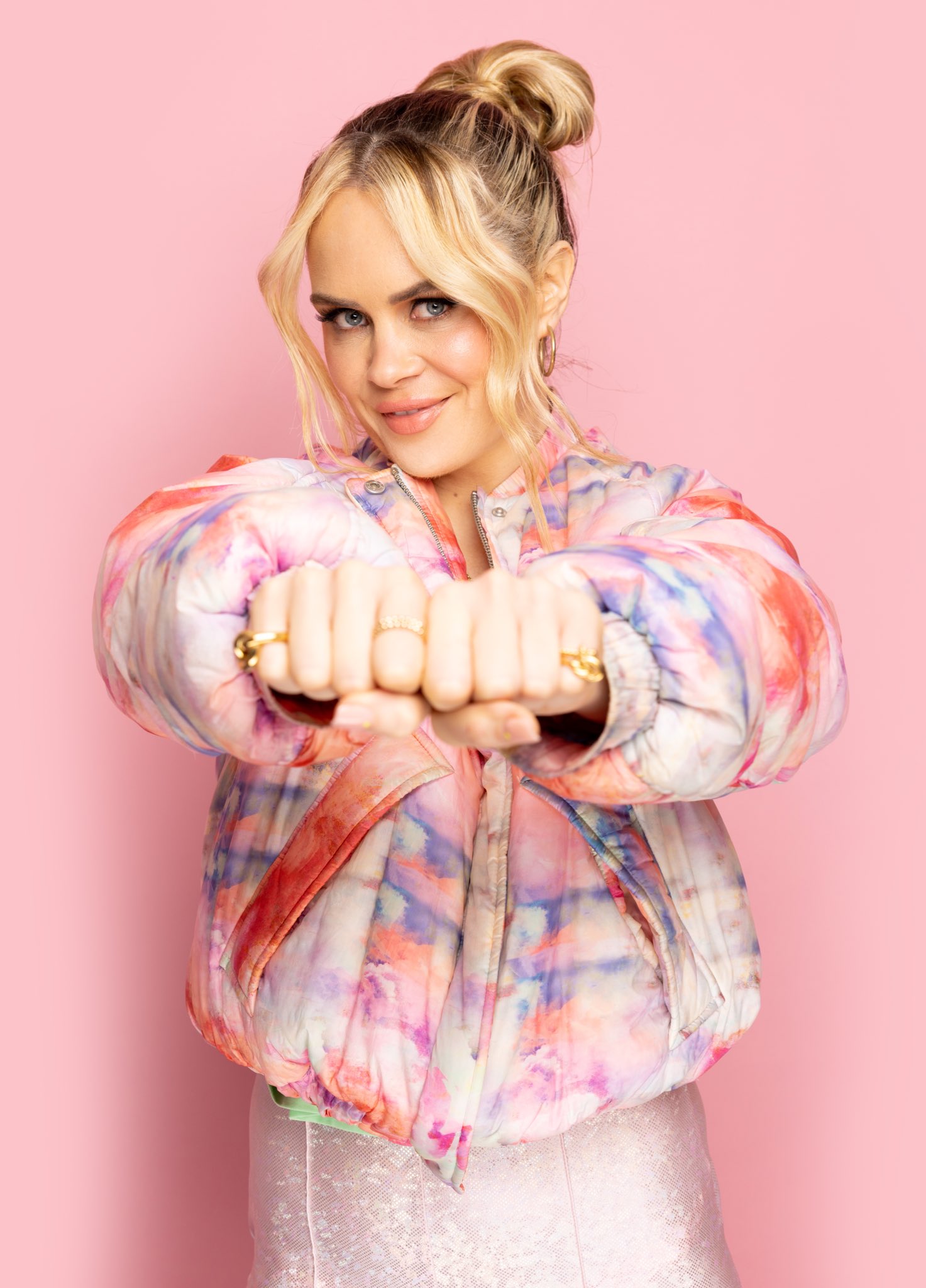 Sharing; “I did leave but not through choice. Because there’s all these celebrities on Raya, and because I was just a pleb on Raya – completely excited to see these celebrities – I was screen-grabbing the photos of the celebrities and sending them to the girls.

“Anyway, I screen-grabbed Lewis Hamilton and then this alarm starts coming up, basically going, ‘You’ve just identified yourself as a pleb because you’re screen-grabbing the celebrities. You don’t belong here – get out!'”

Continuing; “They obviously have a system set up, you know? There’s some software where they can tell that you’ve screen-grabbed. Anyway, I’m not on Raya anymore. But it wasn’t for me, it wasn’t for me!”

But Joanne’s account has now been reinstated, and she is back on the app.