The British influencer has set the record straight and explained what caused the kerfuffle.

They’ve broken up or they’ve secretly got engaged; with influencers and former Love Island stars Molly-Mae Hague and Tommy Fury, it always seems to be one or the other.

And recently, fans have been taking to Molly-Mae’s DMs to ask her if she has split from her 23-year-old boxer beau after she posted an Instagram video of Tommy’s new pad.

Showcasing a gorgeous high-rise apartment in London, Molly-Mae gave her followers a quick tour of Tommy’s new place, admitting that she’s going to be spending a lot of her time there. 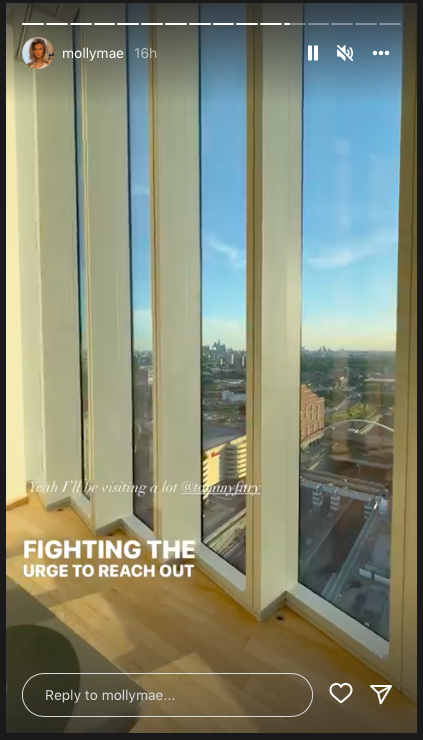 Leaving fans curious as to why Tommy has a new place pretty suddenly after the pair just bought their dream million pound home outside of Manchester, Molly-Mae reassured fans that it’s for Tommy’s training and only temporary.

“Omg guys Tommy is just training down in London. We haven’t split up, my dms are going mad.”

The pair, who’re just back from Molly-Mae’s birthday in Dubai seem to be as smitten with each other as ever; with the pair often talking about their hopes to get married when the time is right, following in the footsteps of Molly-Mae’s older sister Zoe, who was proposed to by her longterm boyfriend last month.

For now however, the pair seem to be very career focused, working on getting their house renovations complete, as well as working on personal projects, from Molly-Mae’s recent book launch, to Tommy’s next fight.