Molly-Mae has been sharing her pregnancy journey with her fans. 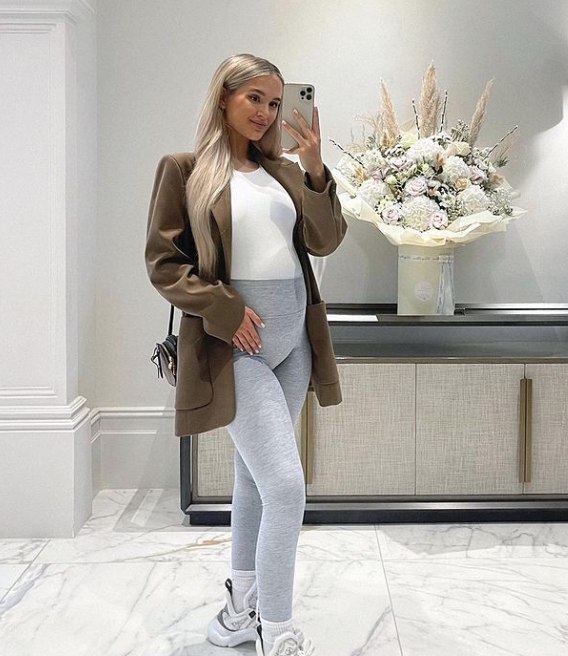 Molly-Mae Hague might as well have broken the internet when she announced that she and boyfriend Tommy Fury were expecting their first child.

The social media star and PrettyLittleThing Creative Director shared the news that she was expecting her first child last month – she also surprised everyone with her ability to keep the news a secret for so long.

Now though, Molly Mae is sharing her experience of pregnancy with her fans, detailing how her body is changing, and how she has dealt with the mental “shock” of being pregnant.

“I just can’t explain how the shock literally overtook my body for the first month,” she told her YouTube subscribers.

“I just felt like every single day I was living an out-of-body experience. My emotions were something I’ve never experienced before.

“I cried maybe five times a day for no reason. I was just in tears over everything. I was so happy but also just the shock. I can’t… it was the shock for both Tommy and I. It’s honestly taken up until now to sink in.”

Molly-Mae announced that she and Tommy were expecting their first child with a sweet video shared to her Instagram account.

Since then, fans and followers alike have been busy trying to fill in the gaps regarding the star’s pregnancy. Her due date, the baby’s gender, and even the date of conception (we know) have been up for debate and discussion on social media since she shared the news.

In fact, Molly-Mae herself even stumbled across a TikTok of a midwife trying to guess when her baby is due.

“That just really made me laugh,” she said in the video. “I don’t know why, but [the due date is] just not something that I’m going to share specifically. From my videos and stuff, you guys are definitely going to work out around the time that baby is due.

“But I just feel like, with due dates and stuff, anything could happen.”