First Look: Check Out The Trailer For The New Season Of Selling Sunset

It’s coming sooner than you think!

We have the first trailer for the new season of Selling Sunset which is heading to our screens on April 22nd.

It’s a good month for TV shows, with The Kardashians coming to our screens in less than a week, Derry Girls only four days away and now Selling Sunset coming at the end of the month, we will be sorted for our self care evenings for a while! 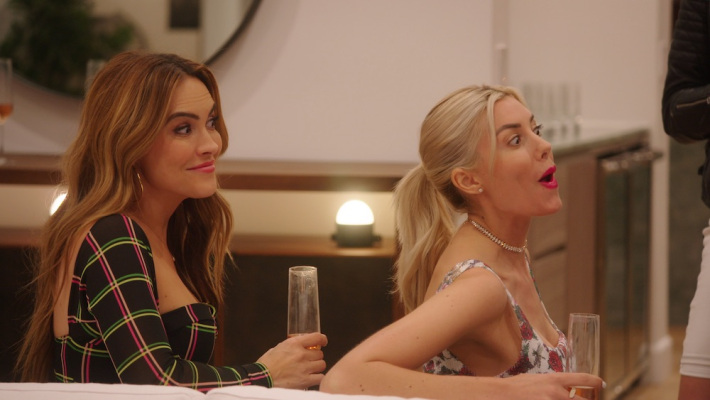 Sharing the trailer on Instagram, one of the show’s stars Maya Vander wrote, “Let the official countdown begin 🥳 Selling Sunset is back for season 5 in 15 days !!!! Grab the popcorn & get ready for drama, million dollar listings, & more drama 😜🍿”

It’s the season we’ve been waiting for, the one with Chrishell and Jason’s romance…

Broker at the Oppenheim Group Chrishell Stause found love with owner and her boss Jason Oppenheim last summer and we saw it all play out on social media. Since then we have been looking forward to seeing the real-time footage from their relationship on the show.

Unfortunately the pair decided to split before Christmas, after dating for six-months.

In a statement shared to Instagram, Oppenheim boss, Jason admitted there were no hard feelings or foul play between himself and Chrishell admitting that the relationship they shared was the “most fulfilling relationship of my life”.

However, Jason did continue to divulge into the reason that tore the pair apart, explaining that they had different hopes for the future in regards to a family.

“While we have different wants regarding a family, we continue to have the utmost respect for one another.”

We also see the shows ‘villain’ Christine Quinn find a friend in the newest member of the team, Chelsea Lazkani as well as Mary Fitzgerald becoming a manager, which we can already tell is going to ruffle some feathers…

Oh but we do love the drama!