"The concerns that have been brought up are valid."

Yesterday, everyone was a bit baffled by this Italian Vogue cover claiming to star Gigi Hadid.

She’s spray-tanned and Photoshopped into oblivion, looking nothing like the Gigi we’re used to: 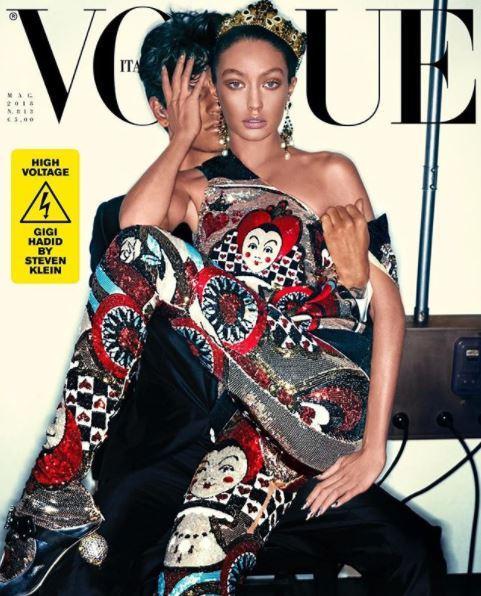 While a cursory Google could tell you that photographer Steven Klein is partial to this kind of messing, Gigi still bore the brunt of the criticism for her overly-tanned look, with some people calling it blackface.

The model apologised for the cover on her Instagram Story today, saying that while she has little to no control over shoots, the concerns raised were valid:

Please understand that my control of a shoot 1) is non-existent in terms of creative direction and 2) ends completely when I leave set, and anything done to a photo in post is out of my control fully. The bronzing and Photoshop is a style that S Klein has done for many years and I believe was what was expected from the shoot (to show me in a different way creatively)…

BUT, although I understand what Vogue Italia’s intentions were, it was not executed correctly, and the concerns that have been brought up are valid. I want to address this for those who were offended by the editing/retouching/colouring of the cover. Please know that things would have been different if my control of the situation was different.

“Regardless, I want to apologise because my intention is never to diminish those concerns or take opportunities away from anyone else,” she said.

“There are real issues regarding representation in fashion – it’s our responsibility to acknowledge those issues and communicate through them to work towards a more diverse industry.”

That’s fair enough. We won’t hold our breath for a statement from Steven Klein, however…