Here's what we know!

The Blink-182 drummer was rushed to hospital in an ambulance yesterday with wife Kourtney Kardashian by his side, at the time the reason for his hospitalisation was not known but new details have since been released.

According to TMZ Travis was suffering from pancreatitis, which doctors believe could have been triggered by a recent colonoscopy.

A source close to Kourtney told E! News, “He was in extreme pain yesterday, and he and Kourtney were both really worried…It was to the point where he could barely walk.”

Luckily the source assured E! that the drummer is “doing better today”.

“Kourtney is trying to lift his spirits and hates seeing him in excruciating pain,” they continued.

Yesterday as news broke of Travis’ hospitalisation, his daughter Alabama Barker, posted an Instagram story saying, “Please send prayers”. Later that day the 16-year-old posted another snap, this time of her and her dad’s hand, with the caption, “Thank you guys for all of the prayers and love, I appreciate you and love all of you.” 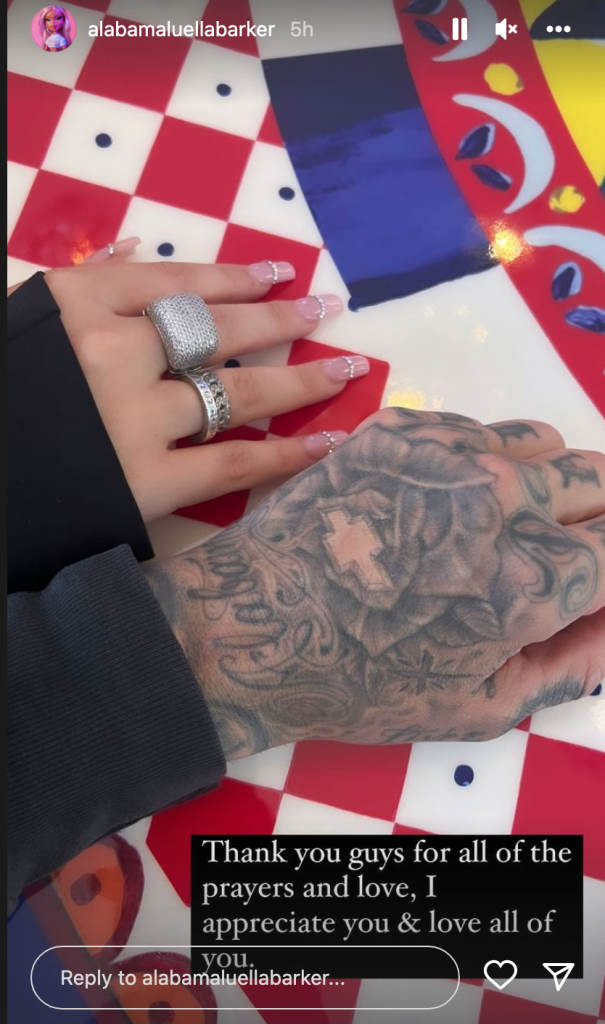 Alabama’s most recent Instagram story shows her playing a video game which suggests she is able to breathe a sigh of relief.

This incident happens just one month after Travis married Kourtney Kardashian in a lavish Italian ceremony. The couples’ close friends and family joined them in Portofino to celebrate their love.

We hope he makes a speedy recovery!