A post shared by Scary Spice Mel b (@officialmelb)

If you’ve watched ITV special ‘An Audience With Adele’, or indeed, have just seen clips of it, then you’ll know that it seemed to be a fairly wild night. Just as you thought Emma Thompson dancing the night away and Alan Carr hopping on stage for a sing-song was bad enough, it turns out, there was even more mayhem on the night, some too naughty to even make it on TV.

That naughtiness comes courtesy of none other than Spice Girl Mel B, who reportedly just couldn’t hold herself back when asking a question during the performance.

A source who was in attendance on the night has told The Sun that Mel B was: “tasked with asking a question about the best gift Adele had ever received but when the cameras were on her she said she felt silly asking it” 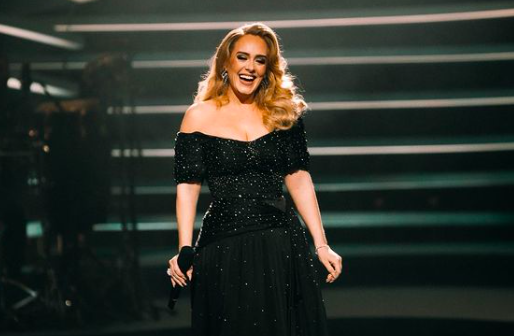 As the special was a family show the comment reportedly couldn’t get air time.

“No one really laughed but Adele made a wise crack about it and moved on.”

“There’s no bad blood or issue between them, ITV just couldn’t air it because not only was it awkward as hell – it was a family show and there would be kids watching.”