The singer is part of the 15th anniversary celebrations for the musical Wicked, and spent yesterday rehearsing with Idina Menzel, who originated the role of Elphaba.

Writing about the day on her Story, she joked: “Can’t believe I almost let my anxiety ruin this for me today!!! Not today satan! Not tomorrow or the next day either not no more you can suck my big green dick.” 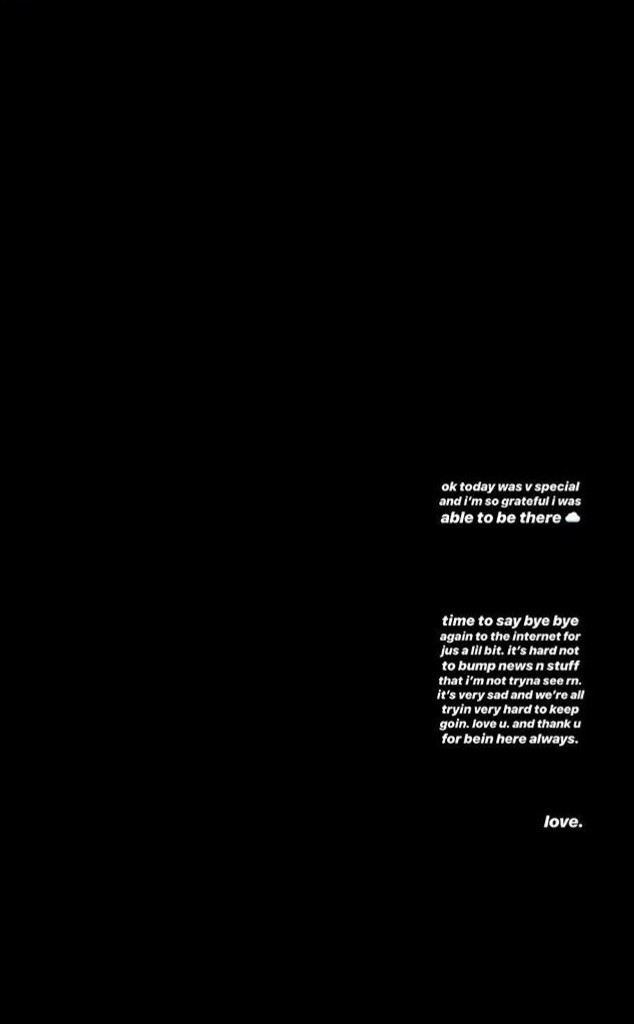 In another snap, she appeared to address her and Pete’s split:

Time to say bye bye again to the internet for jus a lil bit. It’s hard not to bump news n stuff that I’m not tryna see rn. It’s very sad and we’re all tryin very hard to keep goin. Love u. And thank you for bein here always.

If anyone needs a break from the world, it’s Ari.

Morning from the Matthews boys!! ?

He and wife Vogue Williams became parents last month, and Spence has proved to be a very devoted dad – so it’s no surprise he has no time for anyone who thinks carrying your child like this is ’emasculating’.

Doesn’t he look well with a baby on his chest? We think so.

A wonderful welcome from local schoolchildren at Dubbo Airport — where The Duke and Duchess celebrated 90 years of the Royal Flying Doctor – which provides health care and 24-hour emergency service to people over an area of 7.69 million square kilometres #RoyalVisitAustralia #Australia #Dubbo

Prince Harry broke royal protocol (GASP) yesterday by taking a picture of Meghan with her mini-me.

Royals aren’t really supposed to take selfies with people, but Harry seemingly couldn’t resist getting Meghan to jump in a picture with an Australian girl who looked just like her as a child.

A video of the moment shows an onlooker telling Meghan: “We feel she looks a bit like you when you were younger.” Meghan replies: “I was literally just about to say the same thing!”

Harry offers to take their picture on the girl’s phone, and it’s all very sweet:

”Girls can do anything“ that’s correct. Prince Harry is such a nice Person! Unforgettable moment for a sweet little girl! ??

Princess Eugenie and Jack Brooksbank are pictured at Royal Lodge, Windsor, ahead of a private dinner on their Wedding Day. #RoyalWedding Photo: Alex Bramall

And for some more royal cuteness, how about this adorable picture from Princess Eugenie’s wedding?

Eugenie shared another official wedding photo on her own Instagram, thanking everyone for their good wishes for her special day.

It shows her and new husband James Brookbank chatting to all their flower girls and page boys – love the casual arm thrown around Eugenie’s shoulder, and wee Princess Charlotte beaming up at her:

Jack and I would like to thank everyone who was involved in making our day so special and for all the wonderful wishes as we start married life laughing together. @alexbramall