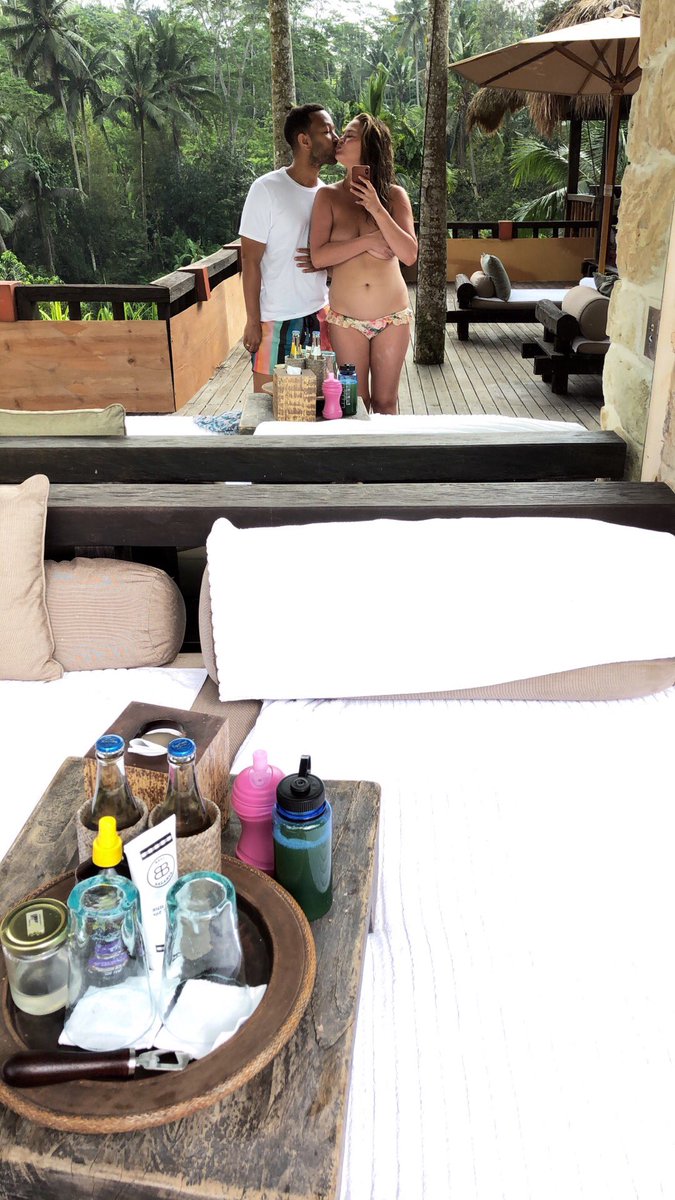 We’ve always loved Chrissy Teigen’s honesty about pregnancy, motherhood, and life in general, and this is no different.

The model posted a series of snaps of her ‘mom bod’ after having her second child, Miles, earlier this year – speaking about her stretch marks, she said: “I guess these just aren’t gonna go away. This is my new body.”

“I think it’s awesome people have killer bodies and are proud to show them off, but I know how hard it can be to forget what (for a lack of a better word) regular ol’ bodies look like when everyone looks bonkers amazing,” she tweeted.

Also I don’t really call this ‘body confidence’ because I’m not quite there yet. I’m still super insecure. I’m just happy that I can make anyone else out there feel better about themselves!

also I don’t really call this “body confidence” because I’m not quite there yet. I’m still super insecure. I’m just happy that I can make anyone else out there feel better about themselves!

Shame she didn’t take husband John’s last name, because she truly is a Legend.

On the other hand, though, we have the Kardashian sisters all being extremely bad body image role models. (You might want to skip this if you find discussion of eating disorders upsetting.)

Kim, Kendall and Khloe all attended a charity poker tournament the other night, and spent most of the time on Instagram Stories telling each other how ‘skinny’ they were.

Kendall told Kim that she was concerned she wasn’t eating, because she looked ‘so skinny’ – Khloe chimed in, saying her sister looked ‘anorexic’, something Kim seemed to take as a compliment.

Naturally, this toxic chat has been condemned on all sides:

I’m sorry but Kim Kardashian filming her sisters saying “I don’t think you’re eating you’re so skinny” and saying “omg thank you!” Is everything wrong with that fucking woman she is cancelled CANCELLED

Kendal: “No, like I’m concerned I don’t think you’re eating”
Kim: “whAAAT?”
Kendal: “like you look so skinny!”
Kim: “oh my god thank you!!!!”@KimKardashian what kind of bullshit message does this send out to your mainly young and female audience, especially after the lolly ad.

For every Chrissy proudly displaying her stretch marks, there are three Kim, Khloe and Kendalls praising each other for being ‘anorexic’. Would you be well? You wouldn’t.

Great night last night, loved sharing it with my love. Thank you #time100

Spider haters, look away now. Nicole Kidman filmed herself rescuing a MASSIVE tarantula from her swimming pool before releasing it back into the wild.

There was not a bother on her, which probably makes sense when you remember she’s Australian. She’s dealt with critters before. As her kids scream in the background, she scoops it up into a glass like it’s any old thing, and not a MASSIVE FECKING SPIDER:

The SIZE of that yoke! We need her composure.

…moving forwards I am going to share my beauty tips & secrets with you! soooo many of you have asked what my favourite highlighter is ✨ …it has always been @iconic.london illuminator! I actually used this highlighter before the villa, inside the villa & I am still glowing with it now ?

Girls I am OBESSED with @iconic.london Prep Set Glow Mist its unreal! My must have item in my makeup bag for the summer! You have to try!

We’re still keeping tabs on all the dumped Love Islanders for spon con, are you? Rosie and Hayley are both bet into the beauty brand Iconic London all of a sudden. We’re sure they’re just telling us their beauty secrets out of the goodness of their hearts. There was nothing in it for them at all, no sir.