Here’s a bit of craic: Apparently, Prince Harry was on Meghan Markle’s now-deleted Instagram back in October 2016, right before the news came out about their relationship.

But not only that – he was wearing a Golden Girls jumper. Some internet sleuths who took some screengrabs of the account prior to its deletion brought it all to light: 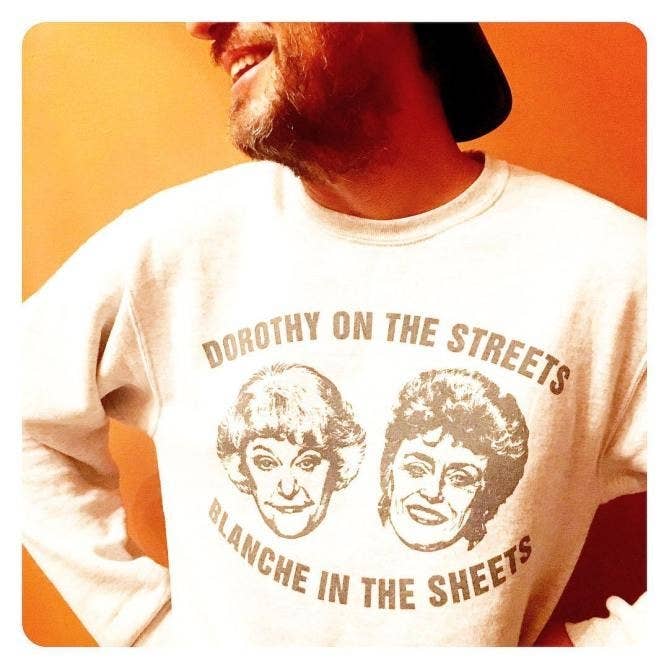 Is that not Harry’s ginger-whiskered chinny-chin-chin? The caption was quite cheeky, too:

I take full responsibility for this sweatshirt. He wears it well. #goldengirls #truth

HIDING IN PLAIN SIGHT! Love this, TBH. Go on, you crazy kids.

Don’t panic, everyone, but Ariana Grande has a LOW PONYTAIL now. We know, it’s shocking.

The singer’s signature hairstyle has always been a high, luxurious pony, a style she adopted to hide the damage from years of dying her hair red for her Nickelodeon show. It’s iconic. It’s part of who she is as a performer (kind of).

But she’s just dropped a new song, No Tears Left To Cry, and debuted a whole new look on social media to go along with it:

Shook. We will never recover from this.

Pippa O’Connor has finally moved back into her house after months of renovation, and shared the first pic of her gleaming new kitchen.

I thought this day would never come? full of happiness & emotion ❤️ .. we are sitting here listening to the boys conversations.. so gas! (they’re sharing a room, we’ll see how this goes?) let our new chapter begin @brianormondtv ✨x

You’d nearly not want to even cook in that, it’s too nice. Lovely little Pippa candle plug there too! Husband Brian Ormond gave a glimpse at the plastic wrap situation in the living room:

What we’d give for a snoop.

A little R&R in my favorite @danskinapparel intimates ?Link in bio #Danskin

Here’s Amanda Seyfried playing clarinet for her high school band. We all have dorky phases!