Remember a few months back when Gemma Collins revealed that she had a HUGE crush on Brian McFadden, and almost seduced him before discovering he had a girlfriend?

To quote the lady herself: “Brian McFadden was the one who got away… I thought, how am I going to get McFadden into the bedroom because I wanted to fulfil this lifelong dream of making love to Brian McFadden.”

Well, now the pair are booked to appear on Dancing On Ice together, and while they had a bumpy start (he kicked her out of their WhatsApp group), he’s since become her ‘rock’ throughout training.

She posted a tribute to Brian this morning that featured her singing You Raise Me Up at him, before he informed her he “wasn’t in the band when they sang that song, Gemma”. LOL.

Support award ????? @brianmcfadden123 you have been so AMAZING with me throughout this journey ????? thank you ? everytime I have a wobble your right they’re picking me up again thank you so so much for being my rock throughout this competition with @themattevers ?

Brian McFadden you have been so AMAZING with me throughout this journey. Thank you. Every time I have a wobble you’re right there picking me up again… thank you so much for being my rock throughout this competition with [pro] Matt Evers.

Suddenly we can’t wait to watch Dancing On Ice, starting this Sunday at 6pm… Also, her former CBB housemate and Kardashian BFF Jonathan Cheban has flown in for her first performance. Oh Gemma, your allure is simply too powerful.

All I want for Christmas is…❤️

Brooklyn is now going out with a model called Hana Cross, and while we personally don’t see the resemblance to Victoria, people are comparing this photo of VB… 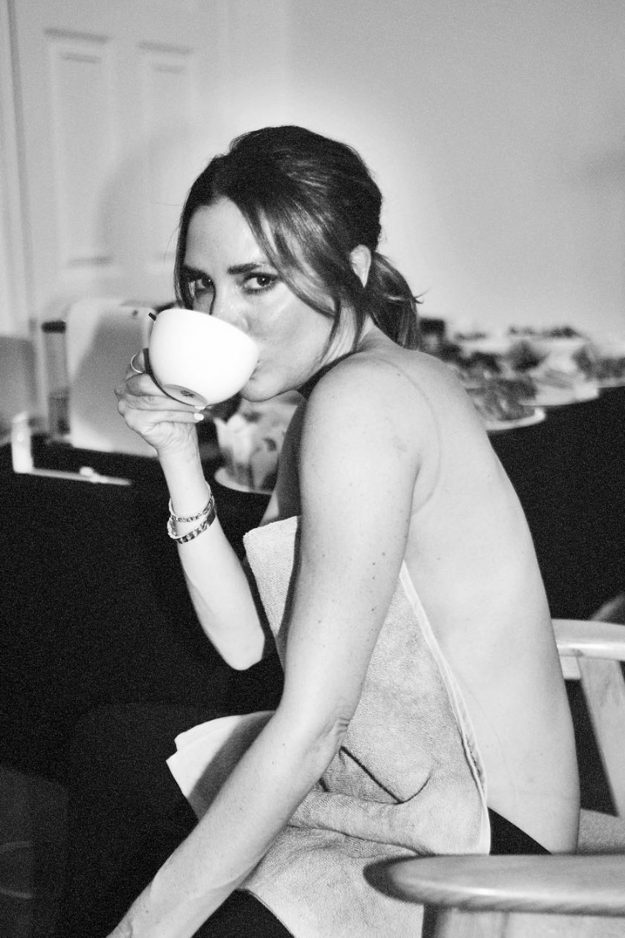 …To this one Brooklyn took of Hana.

So the pics are both in black and white, and they’re doing a similar pose, and there IS something in the eyes and nose that evoke a young Posh, but… we’re not going to say ‘identical’. Shudder.

Another thank you to this legend and the amazing staff at @fitzpatrick_referrals for taking care of Rocky after the silly sausage hurt his back again! We never fail to be impressed by the kindness and care shown by all. You’re heroes! D x #dachshund #dachshundsofinstagram #supervet

And in some cute news, the Supervet worked his magic on Declan Donnelly’s sick doggo.

Noel Fitzpatrick was called in after ‘silly sausage’ Rocky the dachshund hurt his back, and evidently, all is well now.

Rocky has come to keep me company and show moral support as I’ll be on my own tonight, although I’m getting the feeling he’s not as excited about the start of the @bgt semi finals as I am! ? #bgt #dachshundsofinstagram #letsleepingdogslie

“We never fail to be impressed by the kindness and care shown by all [at Fitzpatrick Referrals]. You’re heroes!” wrote Dec.

Poor Rocky previously visited the Supervet in 2017 to fix a herniated disc in his back, and had to do a hydro physio session:

Rocky's first hydro physio session since his op with @supervet_nf. He is on the mend since Noel mended a herniated disc in his back that was putting pressure on his spinal column. He caught it before anything too nasty happened and he's now on the road to recovery with the lovely team at @fitzpatrick_referrals. We are so grateful to everyone there. ? #thankyou #supervet #daschund #daschundsofinstagram #doglove

This is simply too much for us this morning. Bless you, Supervet.

#ad You guys all know I looove @flattummyco shakes. I've just restarted them (it's Day 2 today) and I’m already feeling so good. We had a huuuuge Christmas this year and between that, New Years and everything inbetween… I felt like it was impossible to fit in my regular work outs and eat healthy. But this program is giving me a kick in the right direction that I need. These meal replacement shakes are so good and they're helping me get my tummy back to flat. I’m already feeling amazing and I’m so excited for the next few weeks. Because they’re all about getting women back on track… they’ve got a 20% off sale going on right now, so if you want to start 2019 off right… trust me, you’re going to want to check them out. PS. I’m doing the chocolate program?

Kim Kardashian is at it again, promoting meal replacement ‘flat tummy’ shakes. At this stage, the ‘why’ is becoming even more pertinent – you have SO MUCH MONEY KIM! And we all know you have an army of dieticians and personal trainers and do NOT rely on flat tummy shakes to stay lean! Why advertise this slop? Ah Jaysus, we’re just repeating ourselves at this stage.