Insta Creep: Gordo Is Officially Coming Back For The Lizzie McGuire Reboot…

This is what dreams are made of! ❤️ Adam Lamberg will officially return as Gordo on the upcoming #LizzieMcGuire reboot. “I couldn’t imagine the series without him," said Hilary Duff. "I can’t wait for fans to see what he’s up to 15 years later and how he fits into Lizzie’s adult world.” Click the link in our bio for more details. 📷: Ali Goldstein/Disney Channel

A post shared by Entertainment Weekly (@entertainmentweekly) on Nov 20, 2019 at 8:01am PST

Yesterday, we shared a peek at Hilary Duff’s grown-up Lizzie look – but today, we have even better news.

Last night, the actress confirmed that Adam Lamberg, who played Lizzie’s friend and later love interest Gordo on the show, will reprise his role in the reboot:

I feels so basic saying something that’s been shouted at me almost my whole life buuuut……hey now, hey now✨

How cute is this? Speaking to Entertainment Weekly, Hilary said that she “couldn’t imagine the series” without Adam.

“I can’t wait for fans to see what he’s up to 15 years later and how he fits into Lizzie’s adult world.” Will they still be pals? Dating? Reconnecting after a few years apart? The plot is thickening considerably.

Thank you to everyone who came down today! Had such a lovey day meeting you all! Thank you @sportfxcosmetics for a lovely day 💜 my collection is available to by in @sportsdirectuk stores and online ! 🕺🏽

Love Island’s Gabby Allen is not impressed with her ex Myles Stephenson’s conduct on I’m A Celebrity.

Gabby and Myles broke up in August after almost a year of dating, following reports that the Rak-Su singer had been texting other women. 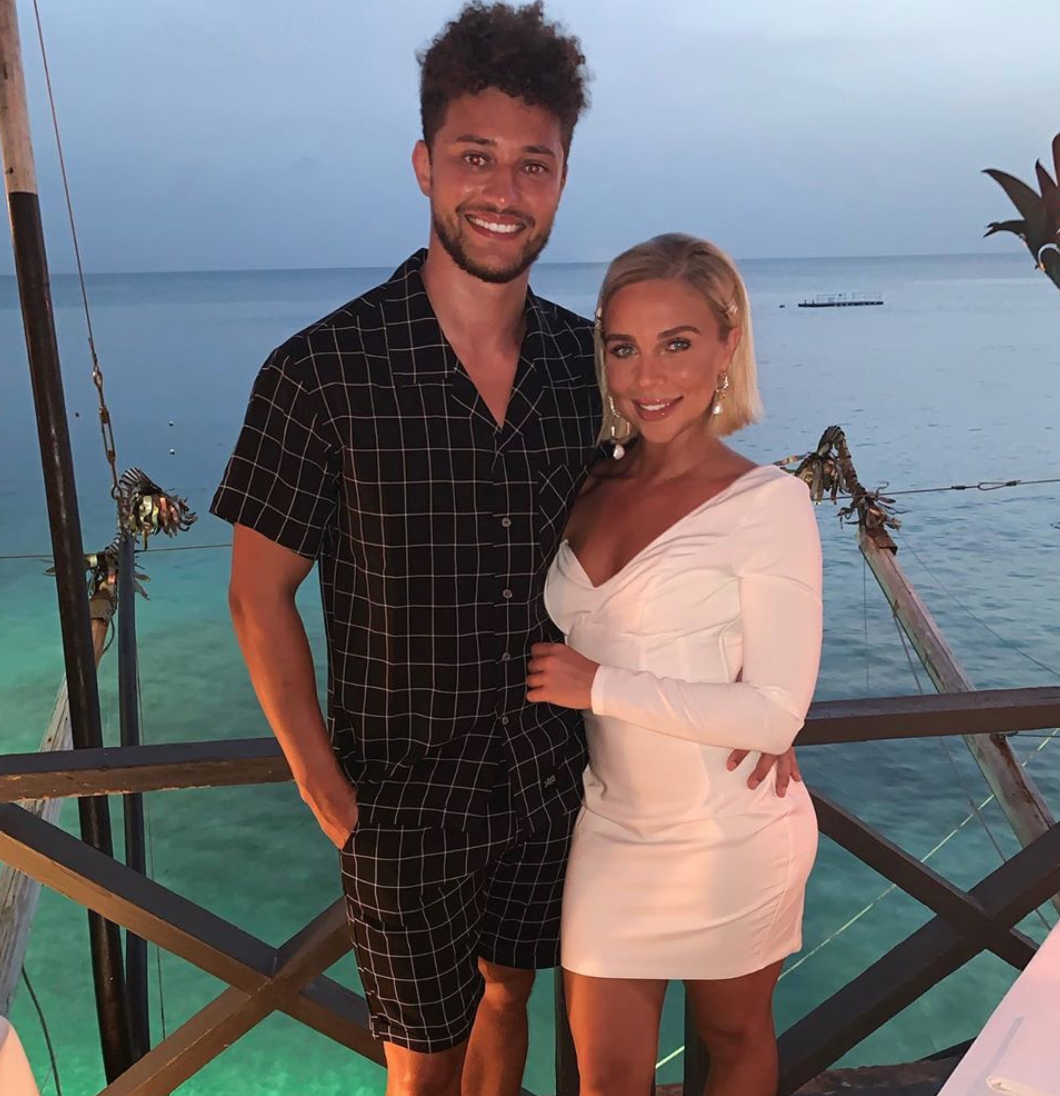 During last night’s episode of I’m A Celeb, Myles opened up to campmates Roman Kemp and Ian Wright about his quest to find a “meaningful relationship”.

Gabby shared a picture of him with his head Photoshopped on to a cheetah (geddit), and posited that what’s stopping him from finding something ‘meaningful’ might just be… him:

“Apparently he was on about ‘meaningful relationships’. I’m not sure the guy knows what he’s on about, TBH,” she wrote. “I didn’t know cheating, lying and a whole load of other [poop emoji] came under ‘meaningful’. Who knows? Each to their own.”

Ouch. Myles is of course in the jungle with no way to respond, but still… *eats popcorn*

Brad Pitt has been spotted with Arrested Development actress Alia Shawkat, leading everyone to wonder if we’re getting Chris Evans/Jenny Slate round 2.

Over the weekend, Brad and Alia (who is 25 years his junior) were photographed together at an art exhibition – the pics are kind of creepy but look, they exist:

One Twitter user with a lot of knowledge on the subject produced a photo of them eating dinner together and a selfie they took with comedian Mike Birbiglia after watching his show (both are now deleted, because we can’t have nice things). There’s also evidence of them attending a play in LA back in September.

People immediately jumped to the conclusion that Brad and Alia are dating – however, according to Page Six, they’re actually just friends. As always, we shall see.

the love of my life

The singer thanked the US Presidential candidate for coming along and supporting Headcount, an organisation that sets up voter registration booths at gigs and music festivals.

“MY GUY… I’m so proud of my fans for paying attention and getting involved. We adore you! Also… I will never smile this hard again,” Ariana wrote.

MY GUY. thank you Senator Sanders for coming to my show, making my whole night and for all that you stand for !!! @headcountorg and i are doing our best to make you proud. i’m so proud of my fans for paying attention and getting involved. we adore you! also… i will never smile this hard again.

In response, Bernie said: “I want to thank Ariana Grande for not only being a wonderful entertainer, but also for being such an outstanding advocate for social justice. We must all be prepared – like Ariana has shown – to fight for everyone who is struggling.”

The squad we never knew we needed.