Insta Creep: Jamie Dornan And Emily Blunt Are Out And About In Co Mayo…

Jamie Dornan and Emily Blunt have landed in Ireland for the filming of their new flick, Wild Mountain Thyme.

The actors are shooting scenes in Co Mayo, and let me tell you, excitement has GRIPPED the towns of Ballina and Crossmolina.

Emily was spotted at a café in Galway, as well as doing a bit of shopping in Dunnes in Ballina (which if you are from the town will give you a giggle) – Jamie meanwhile was nabbed by fans in Centra in Crossmolina.

Filming took place last night at a pub in Crossmolina, where locals caught a glimpse of Christopher Walken, who is also starring in the film.

Bless the stan accounts for keeping track of their movements. Mayo has never seen the likes.

Miley Cyrus referred to Cody Simpson as her ‘boyfriend’ in some Instagram posts from hospital.

The singer is being treated for an undisclosed illness, but seems to be well enough to cuddle up with Cody, who visited her with his guitar in hand. We’d send him right back out again if he did that to us, but she seems pretty touched.

She even called him her ‘BF’, which is a big step if you ask us:

She revealed that Cody had written her a song to cheer her up while she was sick, saying she wanted him to release it as a single next week. Now Cody. You’ll have your work cut out for you with Miley. 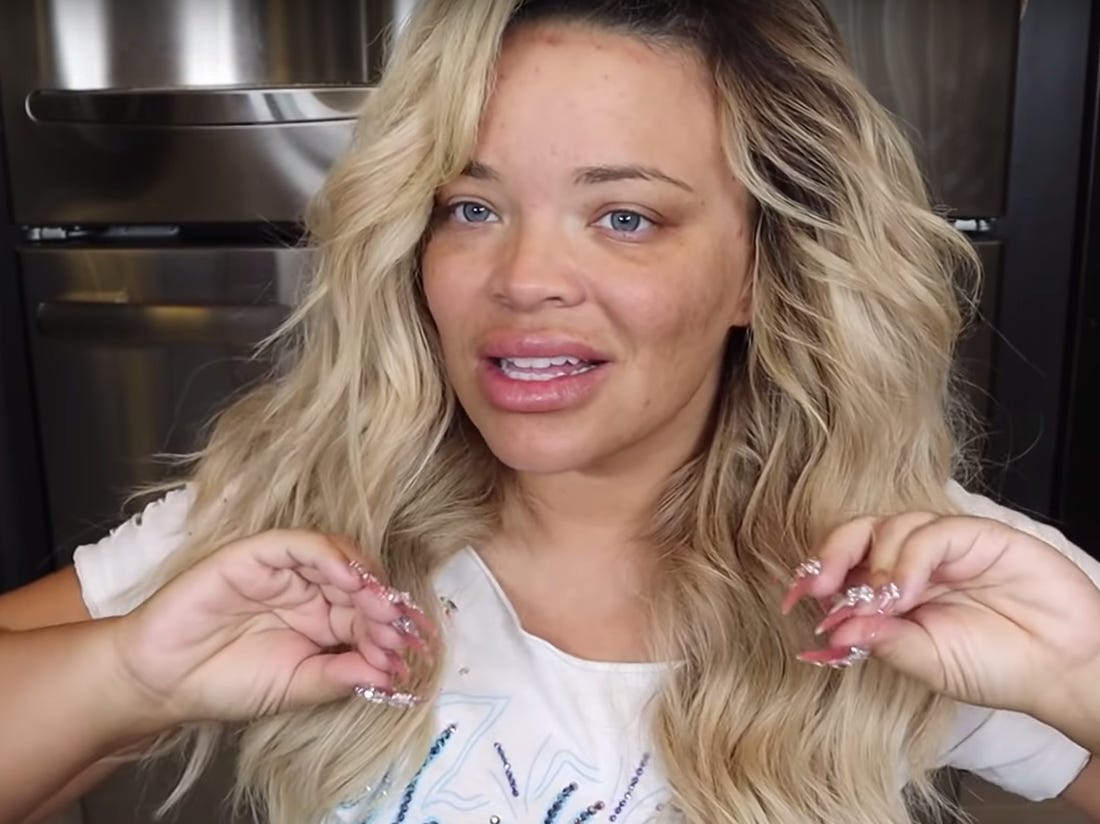 YouTuber Trisha Paytas is causing controversy again… this time by coming out as transgender.

The former Celebrity Big Brother contestant is known for her drama-filled ‘storytime’ videos, which often see her crying hysterically on her kitchen floor.

She announced in her latest video that she now identifies as a trans man, as well as a ‘gay man’ – however, she still wants to use her birth name and pronouns, and still identifies ‘1000%’ with her ‘natural born gender’.

“I identify with men better. People always think there’s something wrong with me because I don’t have many girl friends,” she says. “In my head I feel like I’m a female transgender to male but also like a drag queen.”

Viewers were confused by the language she used in the video, accusing her of ‘exploiting’ trans issues to get views.

I’m sorry but did Trisha Paytas really just makes a video with the thumb nail as her dressed as Troy fucking Bolton coming out as “trans” because she doesn’t wear make up some days, is attracted to gay men and has more guy friends or did I just hit my head and am going crazy?!?? pic.twitter.com/8y49n2ecN3

trisha paytas when she decided to disrespect the entire LGBTQ community for clout because she wasn’t getting enough attention pic.twitter.com/DuTNqwiMYI

Trisha later released a video apologising for the language she used in the announcement, while reiterating that she still identifies as male.

“I am overwhelmed by the amount of backlash… That alone breaks my heart because I would never want to offend that community,” she said.

I don’t think I’m non-binary, I really in my heart feel male. As I child I hated my breasts, I hated my vagina, I hated going into the female bathroom, I hated being classified as female.

Hoo boy. What a wild ride the internet brings us all on.

Get Excited! Below Deck Is Back And Better Than Ever, Baby

Laura Whitmore Fed Up With Rumours That She's Getting Replaced ...

More Selling Sunset Drama? Here's Who Didn't Get The Invite To ...