Last night at @louisvuitton. Human anklet not included. Congrats on the collection @nicolasghesquiere!

Earlier this month, Justin was papped holding hands with his Palmer co-star Alisha Wainwright on a night out in New Orleans – he later released a statement addressing the rumours, saying he had “drank way too much” but nothing had happened between them.

Now it seems he’s attempting to prove himself as a devoted husband, peppering Jessica Biel’s Instagram with thirsty comments:

It’ll take more than heart eyes-emojis to make us forget, Justin, but go off…

The Love Island winner killed time in the airport with his rugby teammate Jordan Conroy by answering questions from his Instagram followers – including one asking if both of them were single: 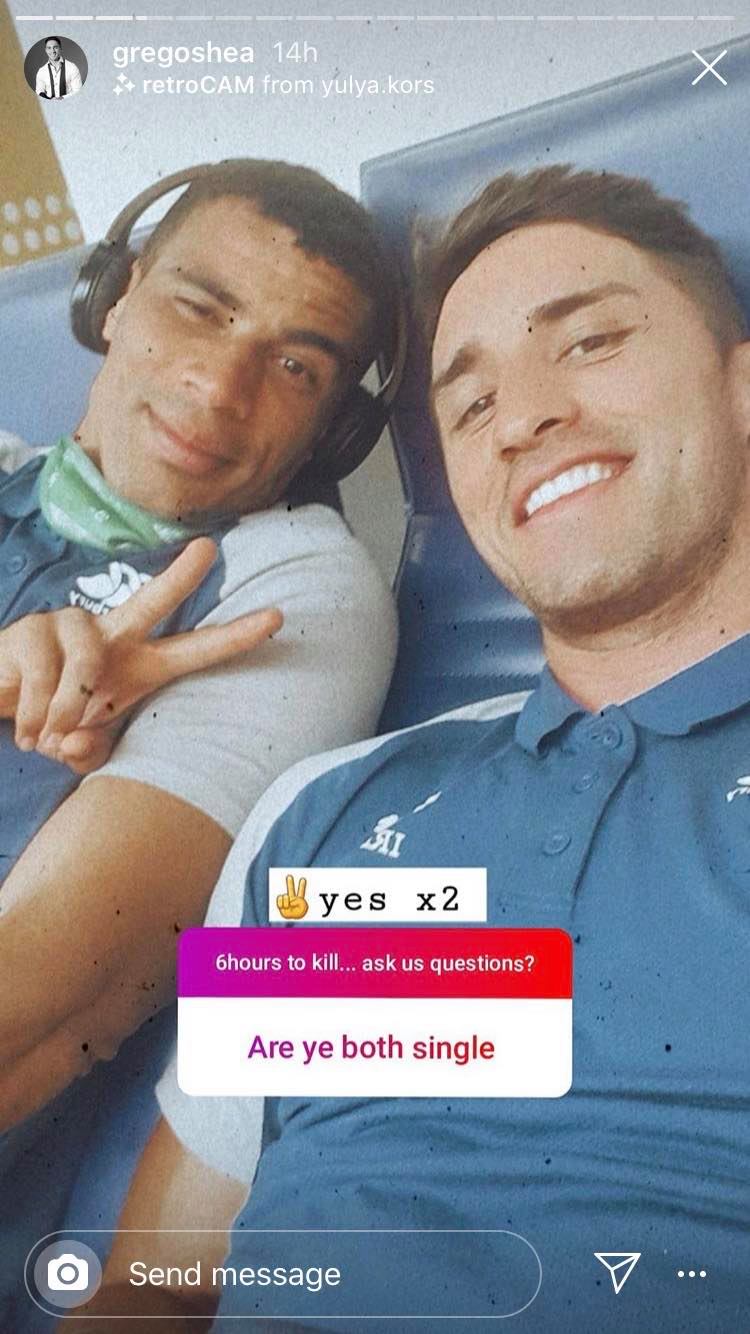 In November, Greg posted a photo of himself having dinner in front of the Eiffel Tower, prompting Love Island fans to wonder if he’d moved on.

The Daily Mail subsequently reported that he had been dating athlete Emma Canning for “a number of weeks”, but if the man himself is to be believed… it’s not yet that serious.

We knew, we KNEW that all the people in the Kardashian-West Khristmas Kard were not together at the same time. And now Kim has confirmed it.

Kim told Ellen DeGeneres yesterday that the Karjenners had eschewed their traditional card with the whole family because of a ‘time thing’, so she decided to do one for herself, Kanye and the kids.

But fans noticed that something wasn’t quite right about the photo – and they were correct, as Kim admitted that North had in fact been Photoshopped into the picture:

It was so much anxiety with the four kids, North was having a day and I said ‘Fine, we’ll do it without you’ but then she said she just wanted to shoot with me. So I said fine, we’ll just Photoshop her in. So that’s not actually her in the picture. The anxiety I went through to get that picture. There’s always one.

This isn’t the first time they’ve had to resort to these tactics – baby Chicago had to be edited in to their Halloween pics because she was scared of Kanye’s costume:

This family pic was such a challenge because Chicago was so scared of Dino! LOL We tried to explain and show her that it was just daddy but she didn’t get the concept yet! So shout out to the photographer for editing her in & making our family Flintstones dreams come true!

Once upon a time in a land before blonde… 💁🏻‍♀️✨

OK, so This Morning has wrapped up for Christmas and this technically isn’t a dissection of an outfit, but we had to show you this throwback of brunette young Holly. She was fond of a turtleneck knit even then! Should she go back to brown hair? Her followers reckon she should be brave and go for a change. New decade, new Holly and all that.

She is still wearing clothes on the various Keith Lemon shows – this caramel-coloured initial jumper is by Hades Wool, and will set you back a hefty €275. You could save up for it?