So if this Instagram video is to be believed, Selena Gomez wasn’t a big fan of her Met Gala look.

Last night, Selena posted a video of her running through the Met car park in her Coach gown, with the caption: “Me when I saw my pictures from the Met.”

Me when I saw my pictures from MET ??‍♀️

Selena’s look was not among the most popular of the night – her dress didn’t have much to do with the Catholicism theme, and her makeup was… different, to say the least:

The fake tan and concealer-y lips didn’t photograph too well, unfortunately, and got a bit of a slating (her makeup artist Hung Vanngo has turned off comments on Selena posts, probably in keeping with her own no-Instagram-comments policy). Oh Selena, we’ve all had bad makeup days! Don’t be sad.

Happy Christmas from The Galvin’s ❤️

Today FM presenter Louise Duffy is pregnant! And looking as cute as a button, naturally.

My lovely listeners, I’ll be taking a little break from my radio show next month. Just for a couple of months. I’ve got a new night shift kicking off very soon! ❤️ @pgal10

“I’ve got a new night shift kicking off very soon,” she wrote. Adorable! Congrats to the parents-to-be. 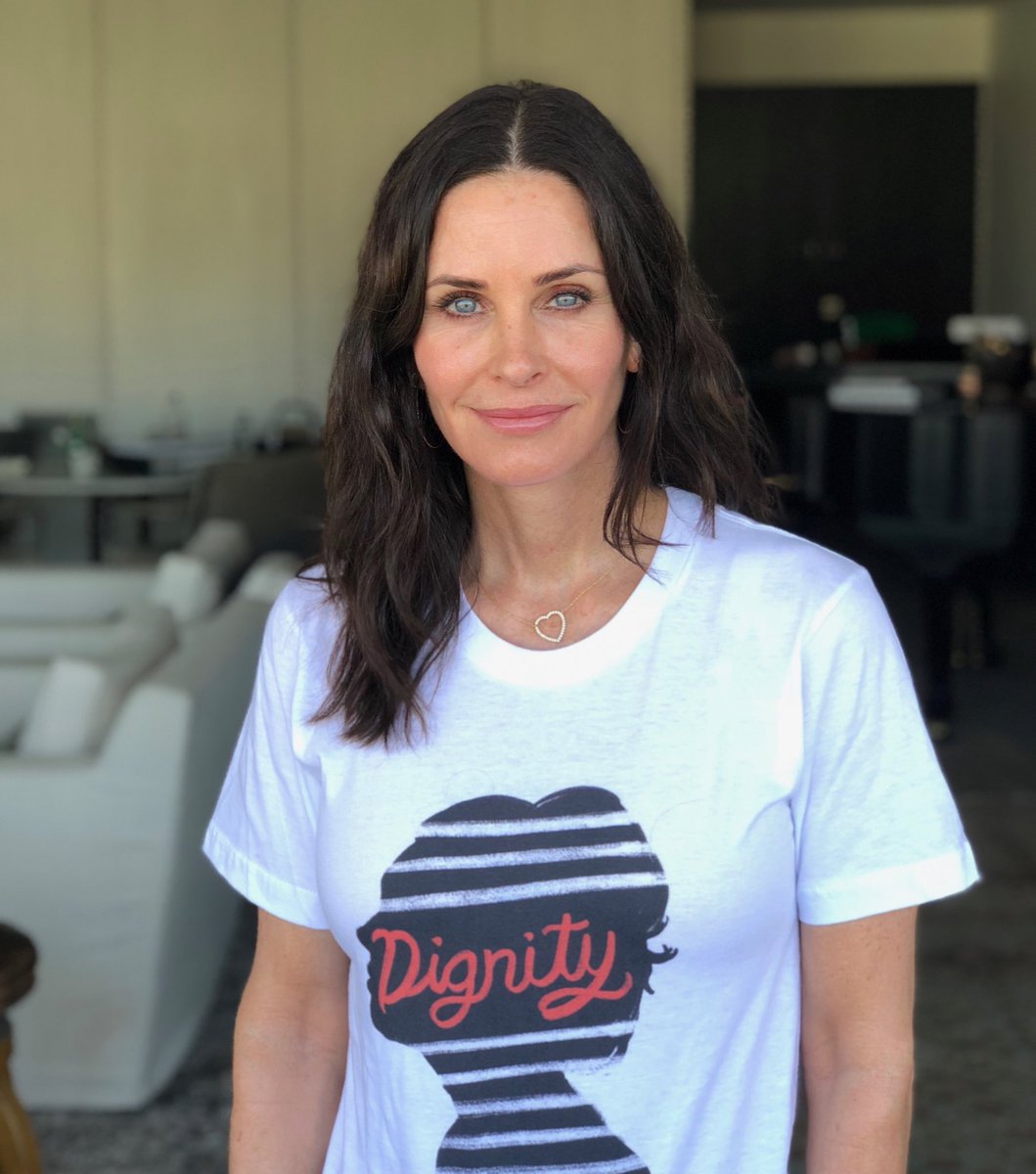 Courteney Cox (yes, that Courteney Cox) has joined the growing list of Hollywood stars supporting the repeal of the 8th Amendment. SHE’LL BE THERE FOR US.

Yesterday, Courteney shared the video of Irish actors appealing for a Yes vote:

We can only assume that her Derry-born fiancé Johnny McDaid got her up to speed on the campaign.

Modern Family’s Sarah Hyland previously encouraged her Irish followers to vote Yes, explaining how her health problems would make pregnancy complicated for her under the 8th. Hon the girlos.

Last week we told you about amazing Irish activist Sinéad Burke covering the Business of Fashion magazine alongside Kim Kardashian.

Well, last night she actually met her co-star at the magazine’s launch party in New York:

The Age of Influence: In @imranamed’s speech at last night’s launch, he defined @bof’s approach to this issue as two-fold – that influence can be measured in social media followers and voluminous sale of products, but also in less tangible ways too. Influence can also be defined as shaping social consciousness and deconstructing the status quo. I’m so very proud to be on the cover of the print issue of @bof and spending last night speaking with and in the company of my other cover star, @kimkardashian, was a moment that I won’t forget anytime soon. Thank you @imranamed and the @bof team. Your influence has shaped and transformed me. . ??‍♀️ by the extraordinary @helenreavey. ? by @burberry . [Image description: Sitting on a sofa, @lala, me, @kimkardashian and @imranamed are your 2018 Christmas card.]

Have to say, we fully support the Queer Eye guys getting that money. But it is very funny to see Jonathan promoting Strongbow cider as a sophisticated beverage. And how is it connected to the royal wedding at all? Don’t know, but this is all around brilliant sponcon. Congrats JVN!