Insta Creep: Mark Wahlberg Gets Up At 2.30am Every Day To Work Out, For Some Reason…

Had to recover these last two days and now ready to hit it hard once again. #recovertoperformbetter @performinspired @drchristophervincent

We need to talk about Mark Wahlberg’s MAD daily schedule.

The actor gave a little insight into a typical day in his life via Instagram Stories, and well… he gets up at 2.30am, works out for about two and a half hours per day, does an hour of ‘cryo chamber recovery’ – look, you’re just going to have to read it for yourself.

So many questions. A half hour of prayer? A half hour of golf? Does he know that he can go to bed at like 10.30pm and get up at 5.30am and still have the same day? We do appreciate that he can bump off family time at 11am if any meetings or work calls come up.

He explained that the schedule allows him to spend more time with his wife and four children:

Most of the time I get to work out and do all my stuff while my family’s asleep – especially on the weekends. By the time I’ve gotten up, worked out, done all my stuff, played golf, the kids are just waking up and my wife’s sleeping in, so it works out good – but that’s one of the big advantages of getting up early. 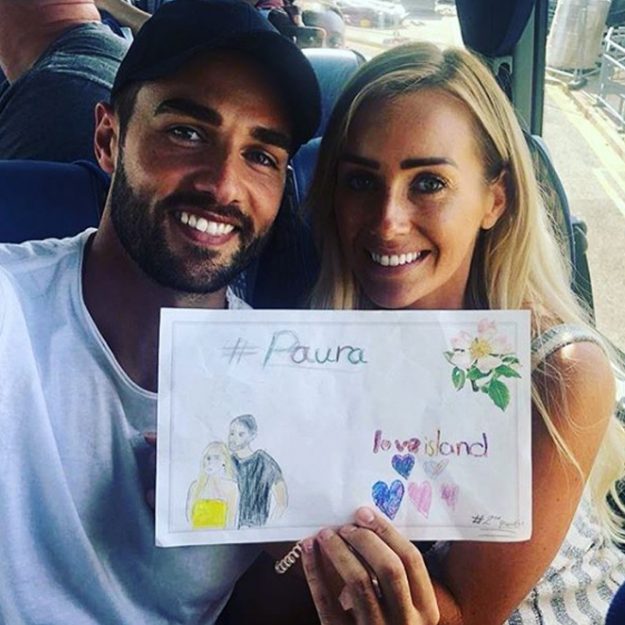 It’s the end of an era. Laura from Love Island has officially unfollowed Paul and scrubbed all evidence of him from her Instagram profile after their breakup.

The couple are said to have last seen each other during a personal appearance (romance) – and just last week, Laura was asked why they hadn’t made the relationship official, saying “You need to ask him!” Eeek.

But what of the rest of them? Well, we’re happy to report that Zara and Adam, Georgia and Sam, Jack and Dani and (inexplicably) Ellie and Charlie are still doing OK.

My first ever red carpet! Pinching myself at these experiences. ❤️? Thank you for the hair @hairbyjackluckhurst Thank you for the face @sararosewilliams Thank you for being my partner in crime and always standing by my side @samrobertbird not just my lover but my best friend too ?❤️

LeToya was part of the original group along with Beyoncé, Kelly and LaTavia Roberson from 1993 until 2000, when she and LaTavia were cut after a ‘disagreement’ with Bey’s father Mathew Knowles.

However there’s no bad blood between them, if this picture is anything to go by:

LaTavia even commented underneath: “Sisters.” Ah, that’s nice. What’s Farrah Franklin up to? Let’s get all six of the current and former Destiny’s Children in the one room.

Morning Thursday… today in fashion we are talking rainbows ?… if minecraft made a rainbow skirt it would probably look like this…skirt @topshop shirt @winserlondon shoes @gianvitorossi #hwstyle?✨

The latest look we have from Hol is this fun skirt/crisp white shirt combo, which seems to be a fave of the This Morning presenter. The skirt is from Topshop (run, don’t walk) – so far, she has impressed all of the usual suspects in her Instagram comments. “Now you look your age,” says one. Endlessly charming, as per.