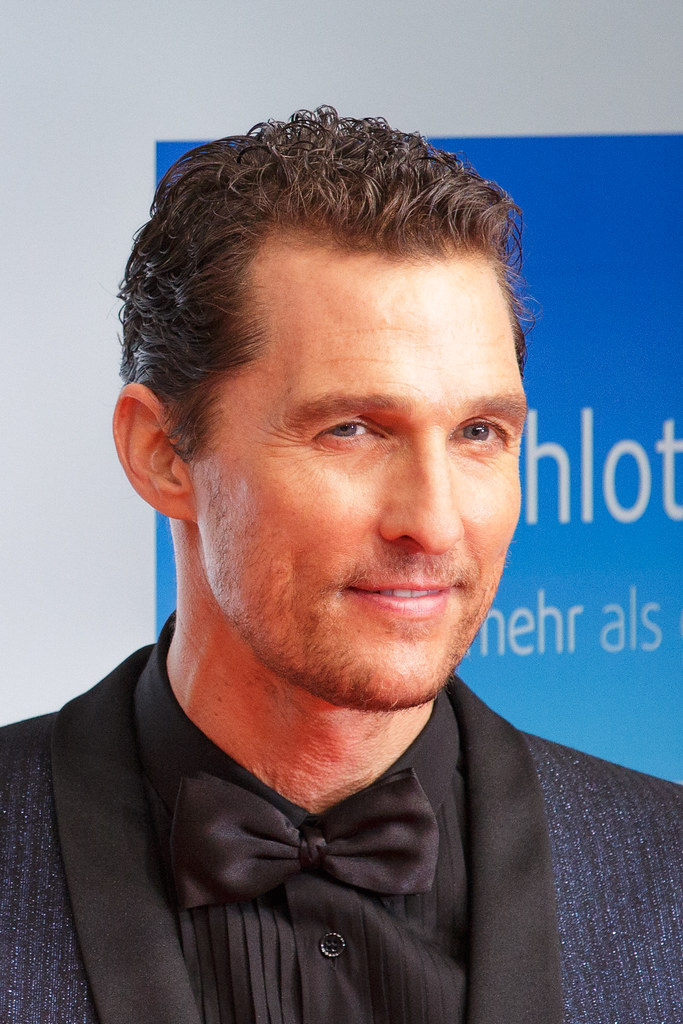 Matthew McConaughey has joined Instagram right in time for his 50th birthday.

The actor announced his arrival with a video, admitting he was “a little bit nervous” to join the platform. I mean, he’s not wrong. It’s a scary place.

A post shared by Matthew McConaughey (@officiallymcconaughey) on Nov 4, 2019 at 8:00am PST

“Look, this is my first venture into sharing myself and my views with the world, and I’m a little bit nervous about it because quite frankly, I’m… I know I want to have a monologue, I’m sure I want to have a dialogue,” he said in his typically kooky fashion.

British actress Scarlett Byrne, who played Draco Malfoy’s admirer in the film series, has been in a relationship with the late Playboy founder’s son Cooper for years.

The pair got engaged in 2015, and legally married over the weekend:

Cooper and I are excited to share that we legally married. We are looking forward to planning our wedding in the coming months where we will celebrate further with our friends and family. I love you Cooper. I am proud to stand by your side, as your partner, your friend, and your wife. I cannot wait to continue building a life together. My heart is so full and I am so grateful for our love.

“Cheers to a life full of love, happiness, adventure and great purpose, Mrs Hefner,” Cooper wrote on Instagram. “I love you dearly and very much look forward to planning our wedding celebrations in the months ahead.”

Cooper worked in Playboy until April of this year, when he left to start his own media company – Scarlett, meanwhile, has acted in The Vampire Diaries and appeared on Dancing With The Stars.

From a look at their respective Instagrams, they appear to be very much devoted to each other. Sweet.

Turnt this to a organization

In 2018, rapper Pusha T released a diss track about Drake that accused him of hiding a secret son – Drake later confirmed this in lyrics from his album Scorpion.

I wasn’t hiding the kid from the world/ I was hiding the world from my kid… She’s not my lover like Billie Jean, but the kid is mine/ Sh*t, we only met two times

It emerged that adult film star Sophie Brussaux had given birth to their son, Adonis, in October 2017.

Drake has shared snapshots of his new life as a dad in photos of birthday parties and finger paintings, but this is the first time he’s given the world a glimpse of Adonis himself:

“I have a son, he’s a beautiful boy. Crazy blue eyes,” Drake said on HBO’s The Shop last year. “I’m just really excited to be a great father.”

This morning on This Morning, Holly is wearing a midi dress (her second favourite type of outfit) from LK Bennett – it’s hard to see but there are tiny books all over it, which is adorable, and it’s €395, which is less adorable. But there’s 25% off today at the checkout if you’re feeling flashy!

The gúna has gotten a thumbs up from most of her followers, except the one who wrote: “I think I’ve seen this particular outfit, or similar. I believe I witnessed a Doctor wearing one.” Can’t tell if that’s a good or a bad thing.

First Dates Ireland Has Opened Applications For The Next Series

💕 WIN 💕In the latest issue of STELLAR, our c