Insta Creep: Phillip Schofield Had To Rescue Holly Willoughby After She Got Trapped In The ITV Studio…

In this emergency edition of #WilloughbyWatch, we bring you the news that our queen was very nearly trapped in the ITV studio last night. Eeek!

Phillip Schofield had to come to the rescue after Holly’s bag got caught on the handle of a heavy door, leaving her trapped on the other side. She was able to wriggle out of her bag, but the strap was still hooked around the door handle.

“I was banging and nobody was coming so I thought I’d call you,” she said, as Phillip wet himself laughing at her. Oh god, you two. 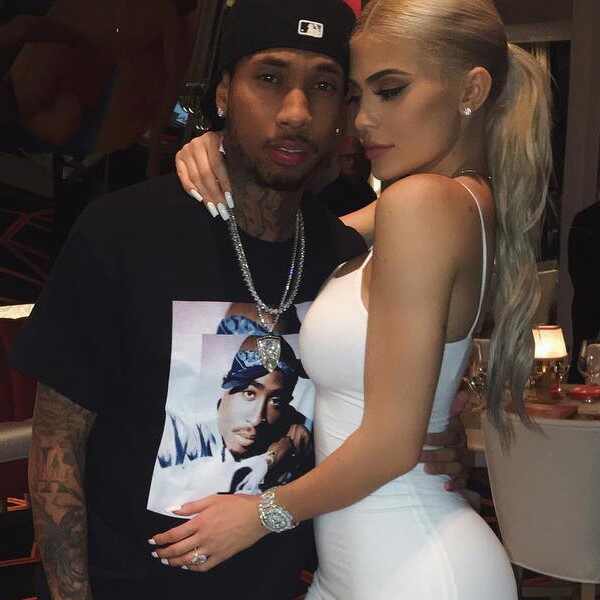 Kylie Jenner’s ex-boyfriend Tyga has responded to rumours that he is the father of baby Stormi.

Back in February, a ‘source’ told Radar Online that the rapper was seeking a paternity test on the ground that he was “still sexually active” with Kylie nine months ago. Tyga says none of this is true:

I’ve never said anything about someone else’s child or family insinuating my involvement; and will never do so.

I have nothing to do with any of that.
People should be able to live in peace.

Well good, TBH. Now let us all move on.

Cynthia Nixon is now selling ‘Unqualified Lesbian’ badges as a big old F-U to the haterz.

“Unqualified lesbian” is an oxymoron. Get your button to support our campaign today. —> http://bit.ly/2GcoOmy (link also in bio)

The Sex and the City actress is running for governor of New York – a supporter of her rival Andrew Cuomo called her an ‘unqualified lesbian’ and well, she’s running with it. Cynthia for actual president, TBH.

So a Dawson’s Creek reunion happened – and the best part of this for us at Insta Creep is that Busy Philipps and Michelle Williams are sharing a magazine cover.

I know Dawson's Creek means so much to so many people but to me it means the most because it's where I met my best friend. ❤️ Thank you @entertainmentweekly for getting my college friends back together! ISSUE IS OUT NOW! #creekweek

I'll tell you a line that's in my book right now (you'll have to wait until fall for the rest of the book…) "Michelle is a very easy person to fall in love with. Anyone who really knows her will tell you that. And probably anyone who barely knows her would say that, too." #creekweek @entertainmentweekly

How could you not love their friendship? BRB, we’re off to ring our best mate.

Here’s me in 2007 right before I dyed my hair blonde and released Just Dance. It’s now 2018 and I’m so blessed to be turning 32 with a fanbase of Little Monsters I’ve watched spread a message of acceptance and kindness for 10 years now. ? pic.twitter.com/n3dPG7ZQ2H

It’s was Gaga’s birthday yesterday! Happy birthday dear Gaga. This photo is from 2007, just before she hit the big time. Ah, bless.