Insta Creep: Suzanne Jackson Has Given Us A Lil Peek At Her Palatial New Gaff… 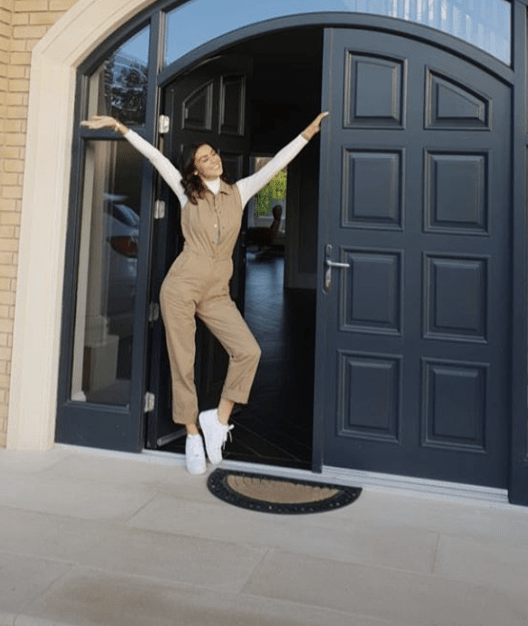 As one of Ireland’s biggest bloggers and a successful businesswoman to boot, it’s safe to say that Suzanne Jackson has earned her dream home. And this is a DREAM home.

Yesterday (on her birthday) she and husband Dylan picked up the keys to their palatial new house in Malahide. Please look at this kitchen.

22.10.2018 ? Today was a double celebration and possibly the best birthday ever because not only was my morning filled with love…. we collected the keys to our dream home! ? ? ? Hard work pays off and I’m so bloody proud and happy of everything we have achieved. ? I know I’ve been a bit MIA online since January, and now you know why! ☺️? Here is to the next chapter & more happy memories to come ? @dylanoconnor1 we did it ☺️ I love you x #foreverhome #nextchapter

ENORMOUS. According to her caption, they’ve been quietly plugging away at it since January, and secretly adopted a new rescue dog (a Yorkie called Pixie) too:

Admiring the size of their new back garden…. ???? … and I’ve another thing to tell you all, we have a new little addition. Meet our little rescue; Pixie ? (swipe right) She’s been with us now for a good few months, but we kept her our little secret. ? ? #rescue #corkdawg #newdoggy #newhome

So all we have to do to afford a house like that is to build a successful beauty brand and maintain the country’s most popular blog. Right. We’ll get on it so.

Blake Lively wished Ryan Reynolds a happy birthday AND reminded Americans to get out and vote.

Ryan turned 42 yesterday, and to celebrate, he “smoked a big bowl of early voting”. Good lad yourself Ryan.

What a birthday! I just smoked a huge bowl of early voting. #JustVoted @whenweallvote

Their cute voting pics were shared by their pal Taylor Swift, who is currently re-posting all of her followers’ ‘just voted’ photos as a way to raise awareness. It’s as good a time as ever to remind everyone to vote in the presidential election/blasphemy referendum on Friday! Get out there and vote ye mad tings.

Before she was a well-known comic and star of Amy Huberman’s Finding Joy, Aisling was in a McDonald’s ad, shifting some lad to get a euro for some wedges (yes, really).

Someone managed to find it, and sent it to her over Twitter:

Baha! One of my first paid acting jobs-selling spicy wedges for McDs. It put me through university. The message was clear. I still stand by it: if you want wedges gal, don’t get a job, just put out & steal from the people you love. Also my “character” had the HORN for wedges.? https://t.co/lOuywPmhpD

“The message was clear. I still stand by it: If you want wedges gal, don’t get a job, just put out and steal from the people you love.” Like, absolutely agree? We also have the horn for wedges TBF.

And now it’s time for… #WillougbhyWatch

To celebrate the launch of my new @marksandspencer Must-Have edit (out tomorrow!), M&S are giving their Instagram followers the opportunity to shop one of my favourite pieces from the collection one day early… say hello to your new go-to animal print dress ? head over to their account now to shop before it's gone or visit the link in my bio #hollysmusthaves

This morning, Holly is plugging her collab with M&S, wearing an animal print midi dress (out tomorrow) that has inspired simply some of the bitchiest comments we have ever read on her Instagram: “It’s not for you Holly is it?” “This dress is dreadful. Looks too big for her. Maybe a dressing up outfit for the Flintstones.”

You would swear she had done a murder. How COULD you, Holly?