Olympic diver and papa-to-be Tom Daley is releasing his own health and wellness book, and fair play to him.

In a new video on his YouTube channel, he asked his fans to decide his book cover, offering two different options. Here’s the first one, in which he’s smiling and holding a bowl of salad:

And here’s the second one, in which he’s…. smiling and holding a bowl of salad.

Tom, you’re adorable, but LOL. Is anyone else suddenly remembering this iconic scene from 10 Things I Hate About You? Needless to say, he’s getting a bit of a ribbing on Twitter for it all. 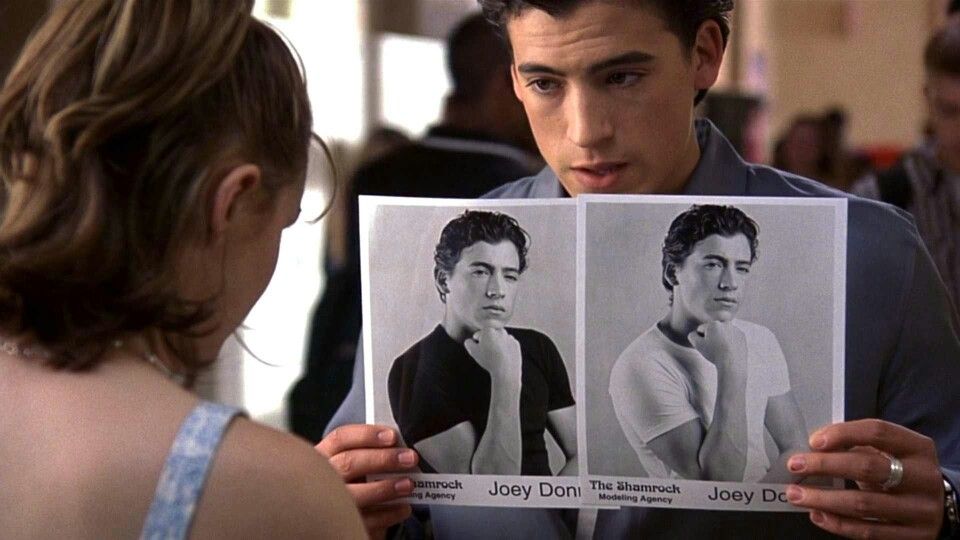 Me, trying to figure out the differences between the 2 options for the cover??
*I can't get how it is possible that one of them is winning by a wide margin even though they are so similar* #A@TomDaley1994 pic.twitter.com/NSgf15AucL

The answer is clearly Option A anyway. Make sure you do the right thing, Daley fans.

The tennis legend won her latest match at the French Open wearing an amazing black catsuit, and dedicated her win afterwards to all the mothers who had “a tough recovery from pregnancy”.

Catsuit anyone? For all the moms out there who had a tough recovery from pregnancy—here you go. If I can do it, so can you. Love you all!!

“If I can do it, so can you,” she wrote on Instagram. And these aren’t empty words – Serena told CNN in February that she almost died giving birth to baby Olympia because of a pulmonary embolism, and spent six weeks in bed afterwards.

She said the catsuit made her feel like a warrior from the Marvel film Black Panther:

I feel like a warrior wearing it, a queen from Wakanda maybe. I’m always living in a fantasy world. I always wanted to be a superhero, and it’s kind of my way of being a superhero.

To be fair, she pretty much is a superhero. Go on Serena.

So, this is rather shocking, but… Rapper Pusha T has used an old photo of Drake in blackface as the artwork for his new single.

Please stop referring to this picture as “artwork”…I’m not an internet baby, I don’t edit images…this is a REAL picture…these are his truths, see for yourself https://t.co/gd6vRS3HM8 pic.twitter.com/2el58HEZ8F

While many Drake fans thought the cover was edited, it’s actually from a real shoot he did with photographer David Leyes in 2008. Defending the photo, Leyes said at the time:

Ask Drake… I captured his idea. For sure I took it!!! I’m proud to be part of a strong statement made by a black man about the fucked up culture he is living in.

Yikes. Drake has yet to respond to the track or the photo, but no doubt we’ll hear from him soon.

As a palate cleanser, please look at these amazing photos of Elle Fanning and Angelina Jolie on the set of Maleficent 2.

You rarely see Angelina larking about, do you? She should do it more. It’s GAS.

And now it’s time for… #CelebComments

Who’s commenting on what?