Is Paige Set To Leave The Love Island Villa? 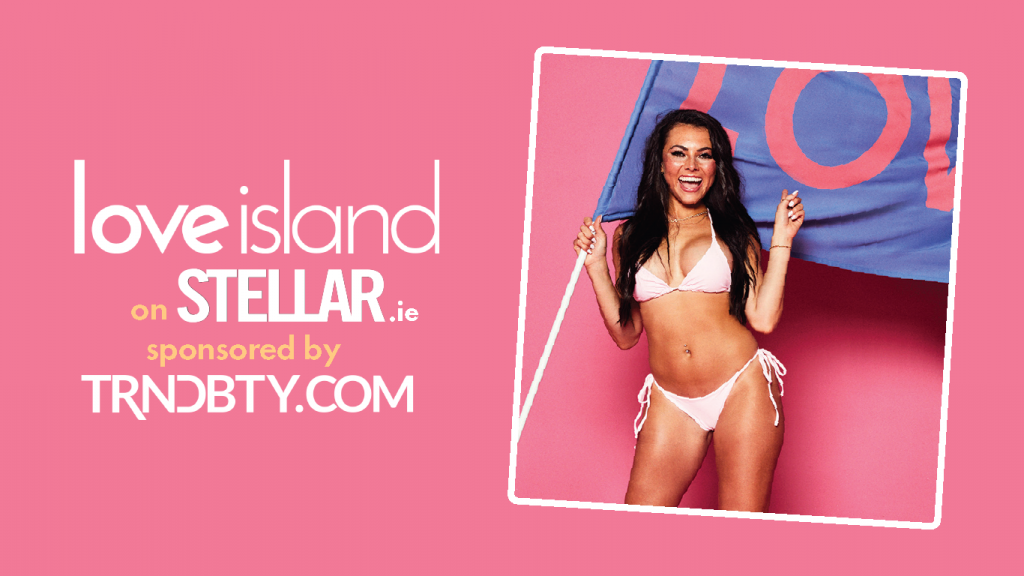 In last night’s shock exit, we saw Jacques O’Neill leave the Love Island villa, announcing his departure teary-eyed and explaining how he’s just not feeling himself.

This follows a fiery moment the night before, where Jacques was seen angry with Paige following her discussion with returning Islander Adam Collard. Getting fiery at Paige, telling Billy to f**k off and storming around the villa, Jacques later realised that his actions weren’t right and that Paige wasn’t getting the best of him, leading him to make the tough decision to leave.

“You mean so much to me, you know that? I just wish I could finish my journey off with you in here,” Jacques told Paige on last night’s episode.

Continuing, the Islander also admitted that he’d be waiting for Paige on the outside, adding that he loves her and that he could see her as his girlfriend.

But now, the question is as to whether or not Paige will leave.

Admitting in last night’s episode that she feels like she should be going with him, her close friend and Instagram account manager has spoken out, admitting that it’s her “own decision”. 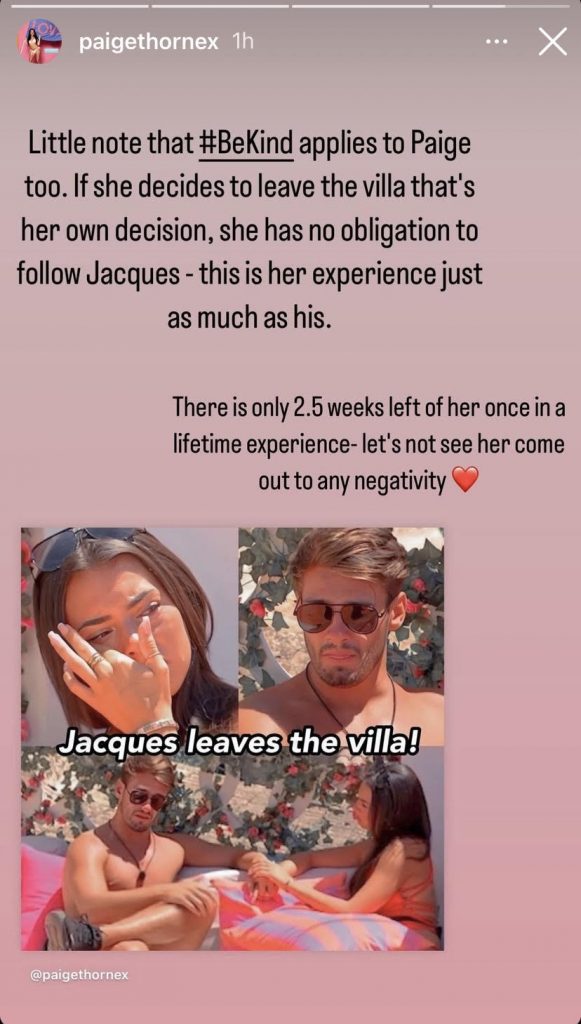 “If she decides to leave the villa that’s her own decision, she has no obligation to follow Jacques – this is her experience just as much as his.”

“There is only 2.5 weeks left of her once in a lifetime experience – let’s not see her comes out to any negativity ❤️.”

Morgan, who runs Paige’s account felt the need to speak out following debate online, with many noting that they believe Paige should leave if her intentions are true with Jacques.

What will happen next will all be revealed tonight, with Love Island returning to Virgin Media Two and Virgin Media Player at 9pm.