Is This Confirmation That Selena Gomez And Chris Evans Are Dating?

You cannot tell us that this is not solid evidence... 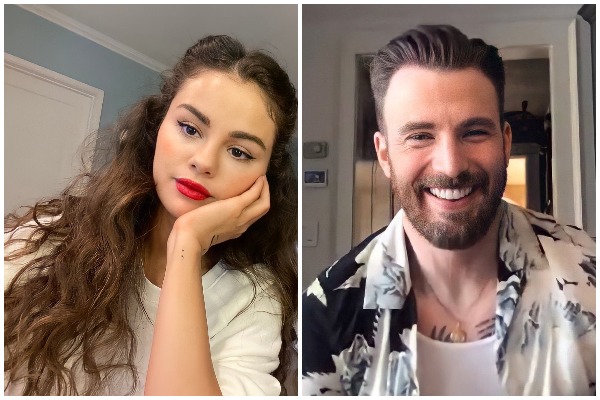 It’s been a hot minute since rumours began circulating that Selena Gomez and Chris Evans are dating, and the pair have just added some fuel to the fire.

Our attention was first brought to their possible ‘friendship’ when Chris began trending on Twitter last month, after he was reportedly spotted in the same LA restaurant as Selena.

Now, Chris has sent the internet into turmoil once again after he shared a video on his Instagram story, with fans claiming that Selena is in the background of. In the video, Chris can be seen playing the piano with the caption ‘Rainy day activities’, while eagle-eyed fans spotted a familiar refection in a vase, recording the video. With brunette hair, people are pretty convinced that it’s indeed Selena doing the recording.

Although it seems like a stretch at first glance, we can’t lie the evidence is clearly there, as the TikTok below attests.

♬ what the fuck was that – champagnemami

However, we’re not entirely clutching at straws here, as there is other evidence to suggest that there’s something going on between the two. Last month, not long after they were spotted leaving the same restaurant, Chris gave Selena an aul follow on Instagram, which can only suggest to us that they’re in love, getting married, and going to have many many beauty children together – naturally.