Kim Kardashian Is Telling Followers What Picture She Has Actually Photoshopped

You're not going to expect this...

Everytime Kim Kardashian posts a photo, she is slammed with rumours of photoshop, which she often ignores but more recently has decided to take head on and share proof that she has not altered her pictures.

Doing this means sharing live photos without filters etc so fans , and haters can see there’s no photoshop at play.

It started with her most recent post, in which she was accused of editing out her bellybutton… come on guys!

She shared the live photo of herself in her high-waisted skims ensuring her bellybutton was underneath her bottoms, finding the fun in the topic she used the opportunity to plug her loungewear and shapewear brand, like the business icon she is, “Bellybutton insecurities?! Well…why don’t you head on over to Skims.com to conceal yours with a great pair of high-waisted underwear like I did! You’re welcome!!!

After recieving a great response to this photoshop debunk, she decided to reveal some more live pictures in the process.

The next was a picture of herself and boyfriend Pete Davidson,  which people claimed she had edited his neckline ” I guess Pete’s jawline is snatched!!! Snatched to the point you guys thought I photoshopped it!” 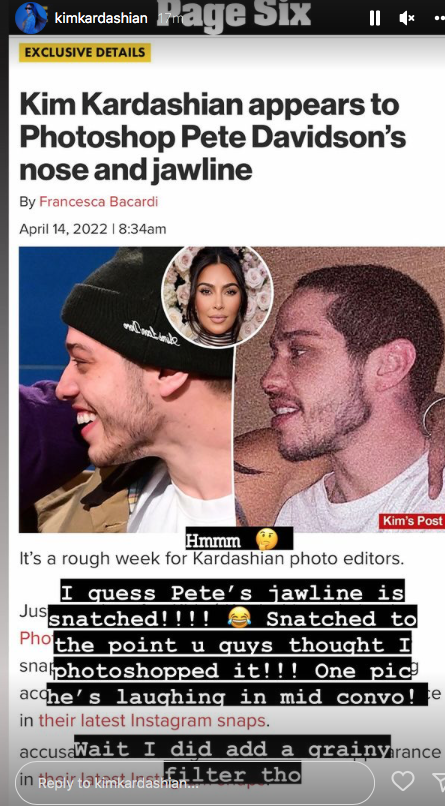 Kim did however own up to one photoshop fail she was caught out for… you know THAT picture of Chicago and True? Kim admitted she photoshopped True’s head onto Stormi’s body because Chicago’s clothes matched her feed aesthetic in the picture and Kylie didn’t want Stormi being posted at the time.

The feed is very important as we all know! 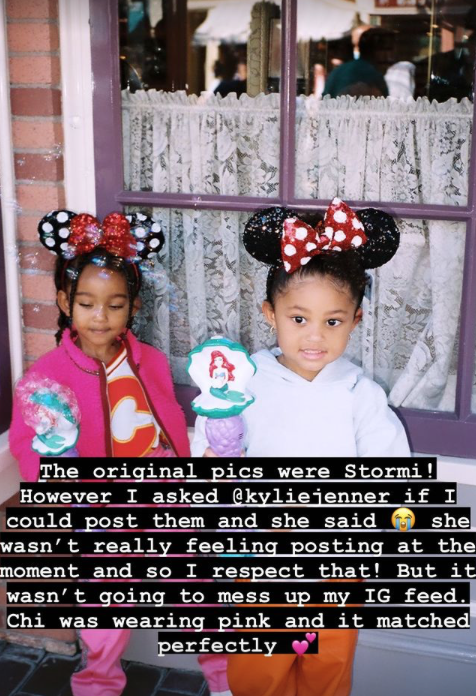 We love that Kim isn’t afraid to admit when she does something for the ‘gram! Gas! 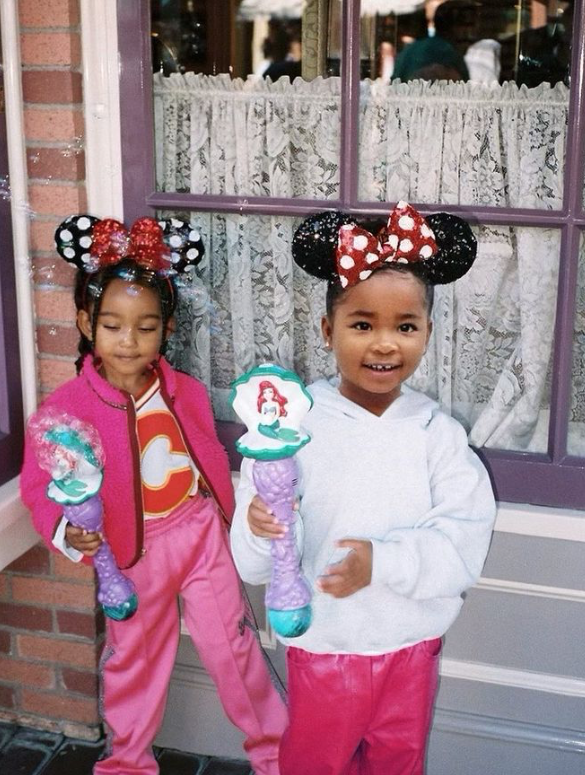