We thought it was Maura Higgins for a minute! 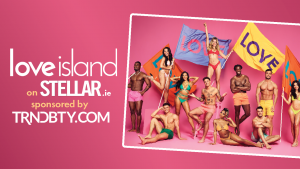 Love Island fans are rarely united, all shipping different couples, supporting their favourite Islanders amid the drama, and routing for different winners.

But there is one thing we all agree on: there is nothing better than an Irish islander.

Yep, we love we to see someone from the emerald isle head into the villa, and this year didn’t disappoint with Dami Hope and Jack Keating flying the Irish flag for us.

But there seems to be another Irish islander in the villa, right now, as last night fans noticed Ekin-Su slip into an Irish accent.

Ekin-Su donned an Irish twang during the movie night segment, while in an argument with Dami.

After clips from her time in Casa Amor played for the entire villa, Dami shouted; “On your best behaviour yeah?” over to her.

With Ekin-Su replying, “nothing even happened”, but it not what she said, it’s how she said it.

Seeming to speak in a Irish accent, as Virgin Media’s political correspondent Gavan Reilly pointed out on Twitter.

Did… did they get an Irish person to dub Ekin-Su here? #loveisland pic.twitter.com/EFcFyoKX27

And plenty of fans agreed with him, and some even compared the actress to former islander Maura Higgins.

I thought it was Maura Higgins

the spirit of maura higgins took over ekin-su there for a second, why did she have an Irish accent lmao #loveisland

Needless to say we are all pretty confused by this change of voice, but there could be a pretty reasonable explanation.

She was arguing with Irish islander Dami so perhaps so was just teasing him…or it could have something to do with Ekin-Su’s mysterious Irish connection.

Before her Love Island days, she actually represented us, as Miss Ireland during the 2011 Miss Asia Pacific World pageant when she was just 18.

Competing under the name Susie Hayzel Culculoglu, for the competition her hometown was listed as Dublin.

She was born in London and grew up between England and Istanbul, but there must have been a brief stop over in the capital at some point.

So maybe the accent is a remnant of her time in Ireland!