Made In Chelsea Couple James Taylor And Maeva D’ascanio Are Having A Baby! 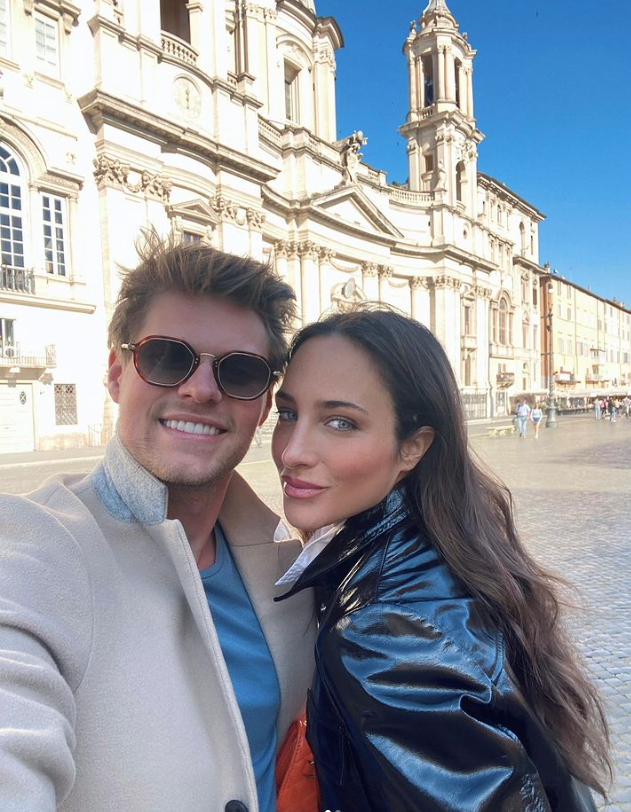 Although they’ve been on one hell of an emotional rollercoaster together, as fans of Made In Chelsea will know, it looks like James Taylor and Maeva D’ascanio are destined to have their happy ending after all, as they’ve just announced that they’re expecting their first child.

The two recently shocked fans when they announced their engagement earlier this month. Sharing both their engagement story and baby news with HELLO! Magazine, the couple spoke of their excitement as they gear up to welcome their baby. Maeva said:

“My dad told me that, when he had his first child, he never thought he could love something so much”

“And I’m starting to get an inkling of that feeling, as this baby growing in Maeva’s tummy is pretty special.”

Lifting the lid on their engagement story too, James and Maeva explained that a trip they had planned to Japan was cancelled and so they decided to head to Italy instead, where James proposed at the Trevi Fountain.

“And then I opened my eyes and he was there on one knee. I was thinking ‘Wow, this is it! Is this real?’ It was everything I had ever wanted.”

James says that Maeva is his ‘forever’: “It feels like I have everything I have ever wanted – it’s that secure feeling that this is my woman, forever.”

The pair will welcome their baby in November.