Made In Chelsea’s Louise Thompson Rushed To Hospital Again

Made In Chelsea star Louise Thompson has been landed back in hospital again after a blood test revealed some ‘worrying’ results.

“Just as I thought I was approaching a time period where I could focus some energy into my own therapy and healing, Louise unfortunately still struggles with various things every single day, and some of those symptoms are worsening” 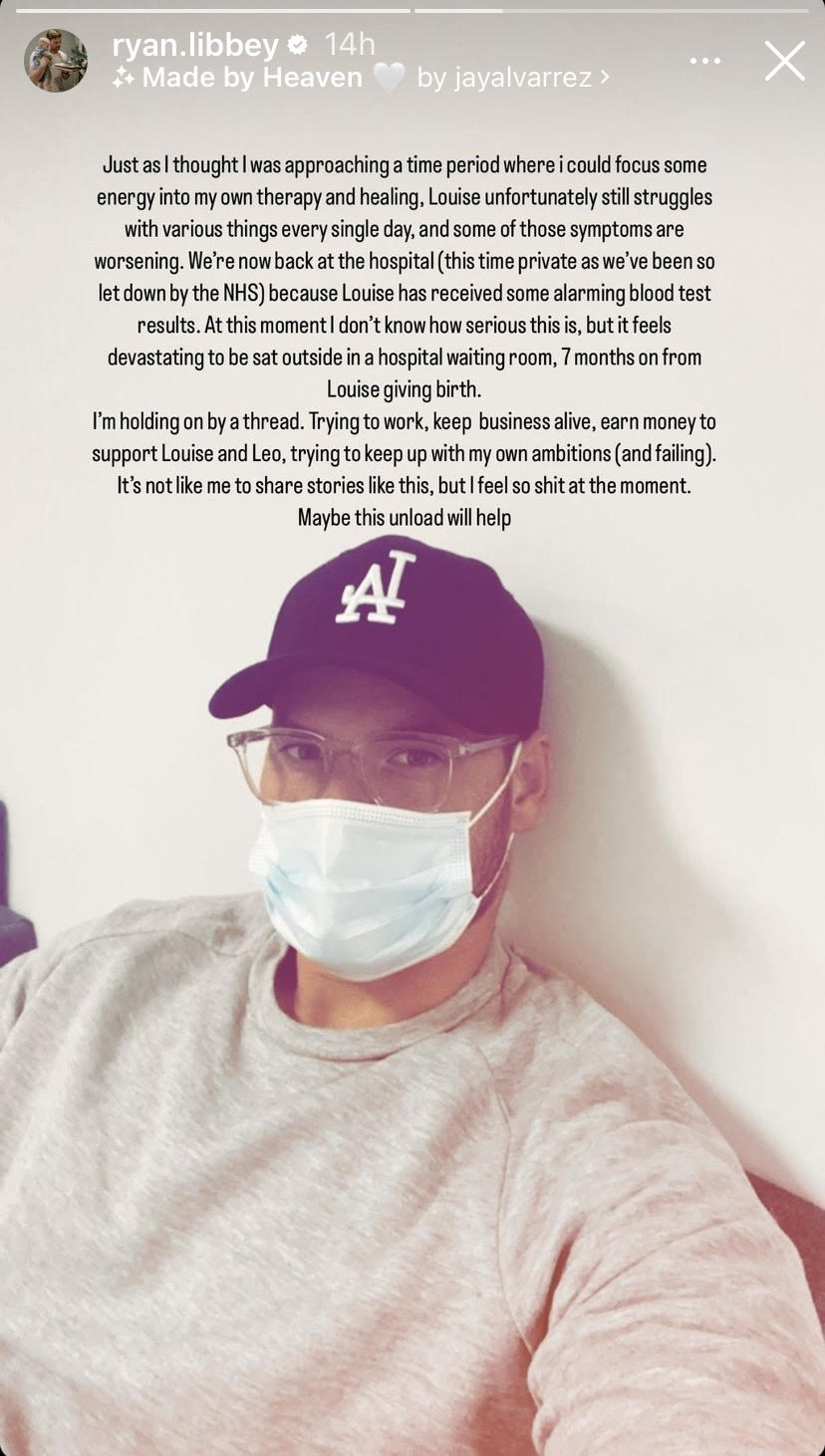 Continuing on, Ryan explained that the NHS has not provided them with the care that they feel they needed previously, and so this time they’re seeking private health care.

“At this moment, I don’t know how serious this is, but it feels devastating to be sat outside in a hospital waiting room, 7 months on from Louise giving birth.”

It has not been an easy 7 months for the young family, as Louise recently shared that she almost lost her life while giving birth to their son Leo in November.

Since then, Louise’s health has been up and down, which she has documented on her social media. Before being admitted to hospital she shared that a blood test showed that her iron and haemoglobin levels are low. 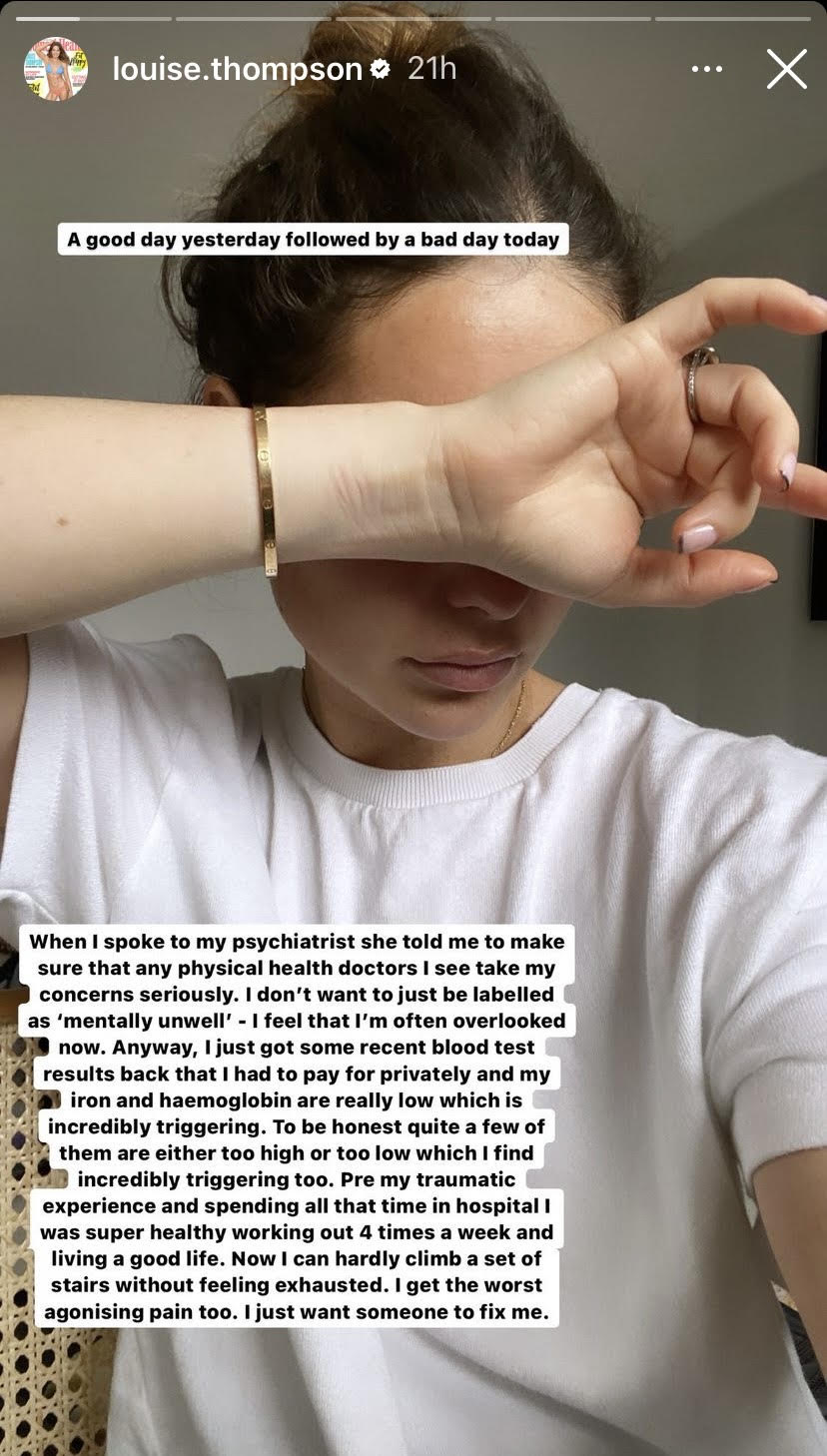 “I just got some recent blood test results back that I had to pay for privately and my iron and haemoglobin are really low which is incredibly triggering.”

The last 7 months have been incredibly difficult for both Louise and Ryan, as Ryan opened up about his own worries.

“I’m holding on by a thread. Trying to work, keep business alive, earn money to support Louise and lego, trying to keep up with my own ambitions (and failing).”