Maura Higgins Breaks Her Silence On That Smooch With Joey Essex

Queen Maura responded how she does best

Maura Higgins has broken her silence on the kiss that got everyone talking at the Pride of Britain Awards on Monday.

The reality TV star was seen sharing a sneaky kiss with former TOWIE hunk Joey Essex before leaving together in a taxi, in shots obtained by the MailOnline.

Maura has now taken to Instagram to make light of the smooch in the most Maura way possible, joking “It’s how I greet people”.

The Love Island star shared her friend’s Instagram Story on Tuesday where she could be seen licking her gal pal’s face.

“She’s a licker,” her makeup artist friend Krystal Dawn wrote on the video- which we’re taking as a cheeky hint to the snaps of Maura and Joey. 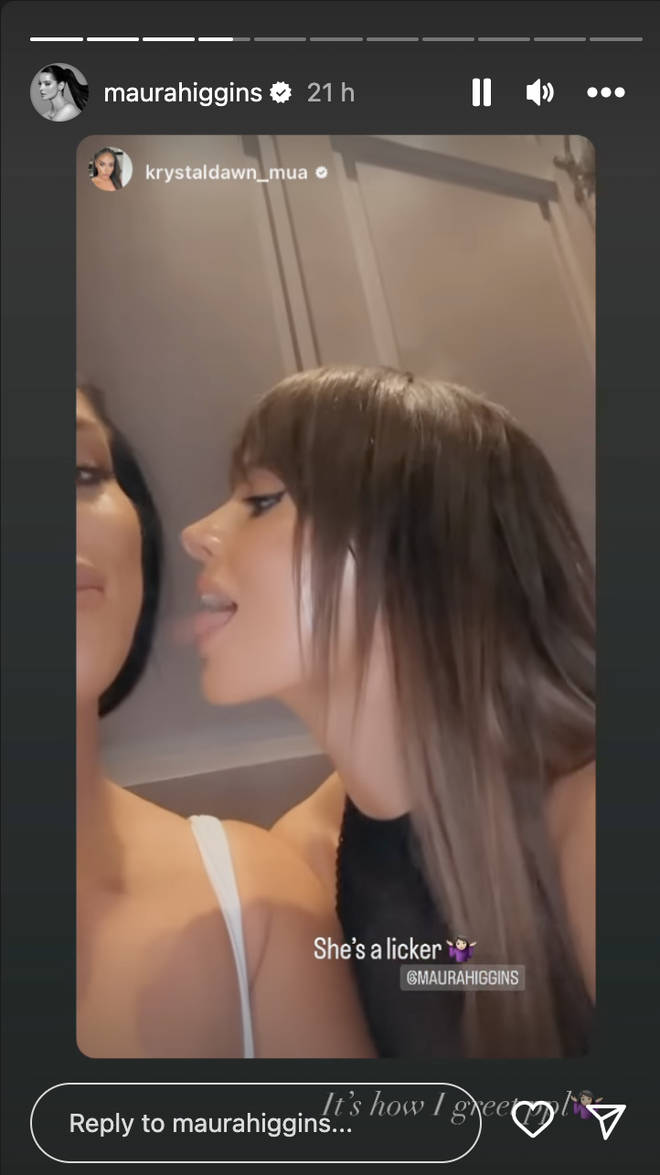 The pair can be seen in pictures published by the MailOnline getting very close and kissing as well as leaving together in a taxi.

Is it a budding romance? We’re not sure. Either way, it comes a year after Maura and her Strictly Come Dancing ex Giovanni Pernice went their separate ways.

The pair had a four-month whirlwind romance, which saw the couple move in together.

Maura was also rumoured to be dating footballer Connor Wickham in May of this year, after reports circulated that she set off to Paris with a mystery man.

When asked about her relationship status in a Q&A with her followers last July,  Maura said: “This question just never stops coming up. Like every single Q&A I do ‘are you single, are you in a relationship, are you dating, have you a bae?’”

“Like yes, I’m single. I’m very single, I couldn’t be any more f***ing single, I may as well just go into Love Island again!”

Well, maybe not for much longer Maura!