Plus her very personal close call...

The reality star opened up about her underestimation of how popular the show really was in Ireland.

Speaking to Spin 1038 Mary’s husband Romain said, “We knew that it was popular and everything in Ireland, but I had no idea how much. When we were in London we didn’t say where we were staying but when we came to Ireland that just went out of our heads.”

The pair were sharing their adventures in Ireland on social media and revealed they were staying in the Merrion Hotel, which prompted fans and brands to send them gifts and even had people queuing up outside to try catch a glimpse of the reality stars. 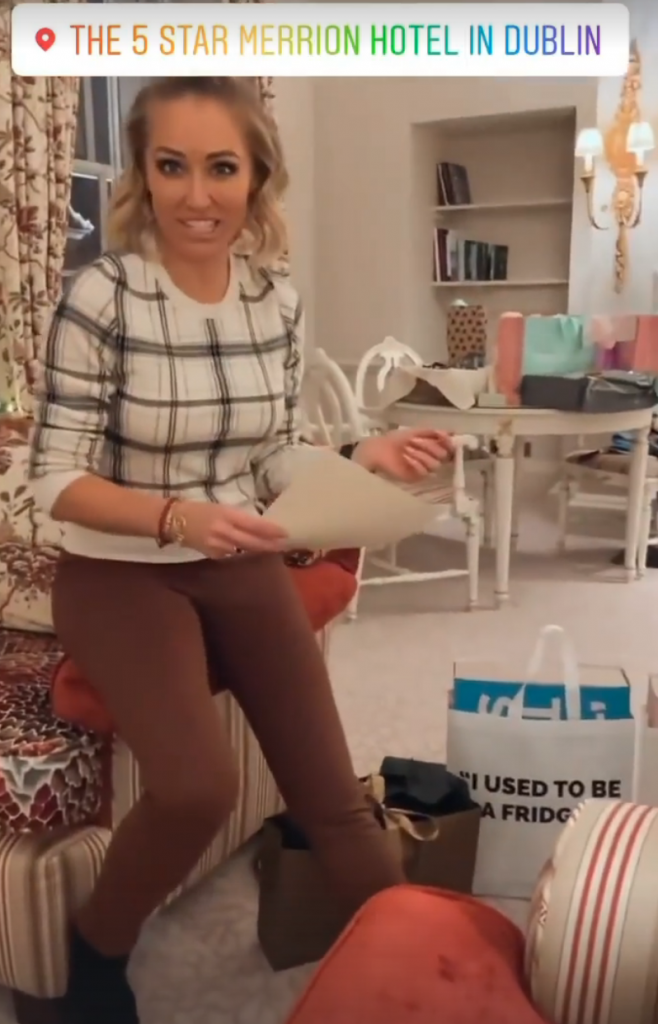 Although, the queues of people outside caused a slight issue when the couple were places in a room that faced on to the street…

Mary recalled, “So I go into the restroom and I’m unbuttoning my pants and I looked down and there were people outside…

“I was a tenth of a second away from dropping my pants and I was like ‘Oh my God'”, luckily the real estate agent realised and closed the curtains before fans got a very personal view!

The pair often talk about what a wonderful time they had during their visit and while they were here they gushed about their activities and the treats they had been loving.

They couldn’t leave without some Cadbury chocolate bars. Romain showed off a large stock of chocolate bars which he will be bringing back to LA, and hopefully sharing with the office girls, especially Chrishell.

Chrishell shared her love for Irish chocolate bars including Chrunchie’s and purple Snack bars in the latest series of Selling Sunset on Netflix.