The 17 Most Adorable Famous Dogs Of Pop Culture

Vicki Notaro looks at the most iconic pups in history.

I have a friend that admitted to fancying Brian once, and look, I know where she was coming from (kinda.) He is a er all a cartoon, voiced by Family Guy creator Seth MacFarlane, and he is definitely the soundest member of the Griffin family, with a dry wit and romantic notions… okay look, it’s still weird.

Advertising has brought us many heroes over the years, from the Milkybar Kid to the weird man that sells Cilit Bang, but none so recognisable as the gorgeous Dulux Dog. Like Lassie, the breed of long-haired English sheepdog is often referred to by its pop culture title, and we’re sure the brand are absolutely fine with that.

Hands up who left the cinema dehydrated from crying after Marley and Me? Yep. It hurt even more to know that Marley was in fact a real woofer, who saw his family through some very trying times. Oh god, here I go again…

How could we leave him out? With his beautiful auburn fur flapping in the breeze on the logo so many of us see so often, an absolute Irish icon. The original one from the TV ad was named Monty, and his descendants are still being used as TV dogs today. 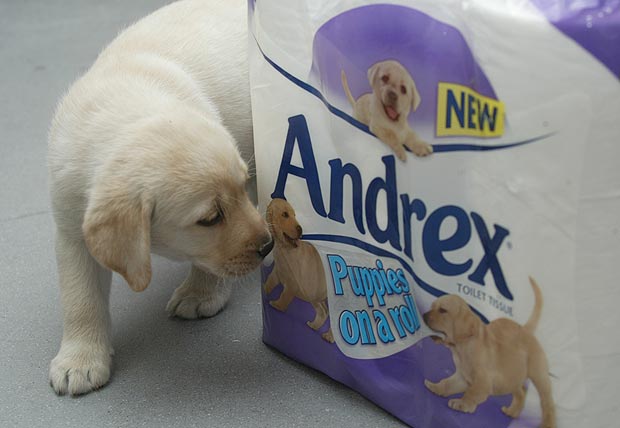 Another advertising legend is the famed Andrex Puppy. It takes soft, squishy animals to sell loo roll (see also the Kitten Soft kitten and the new Cushelle Koala) but none is so iconic as this little lad. I’ve been known to choose Andrex just for the little pups embossed on the sheets, and I know I’m not alone in this consumer madness. 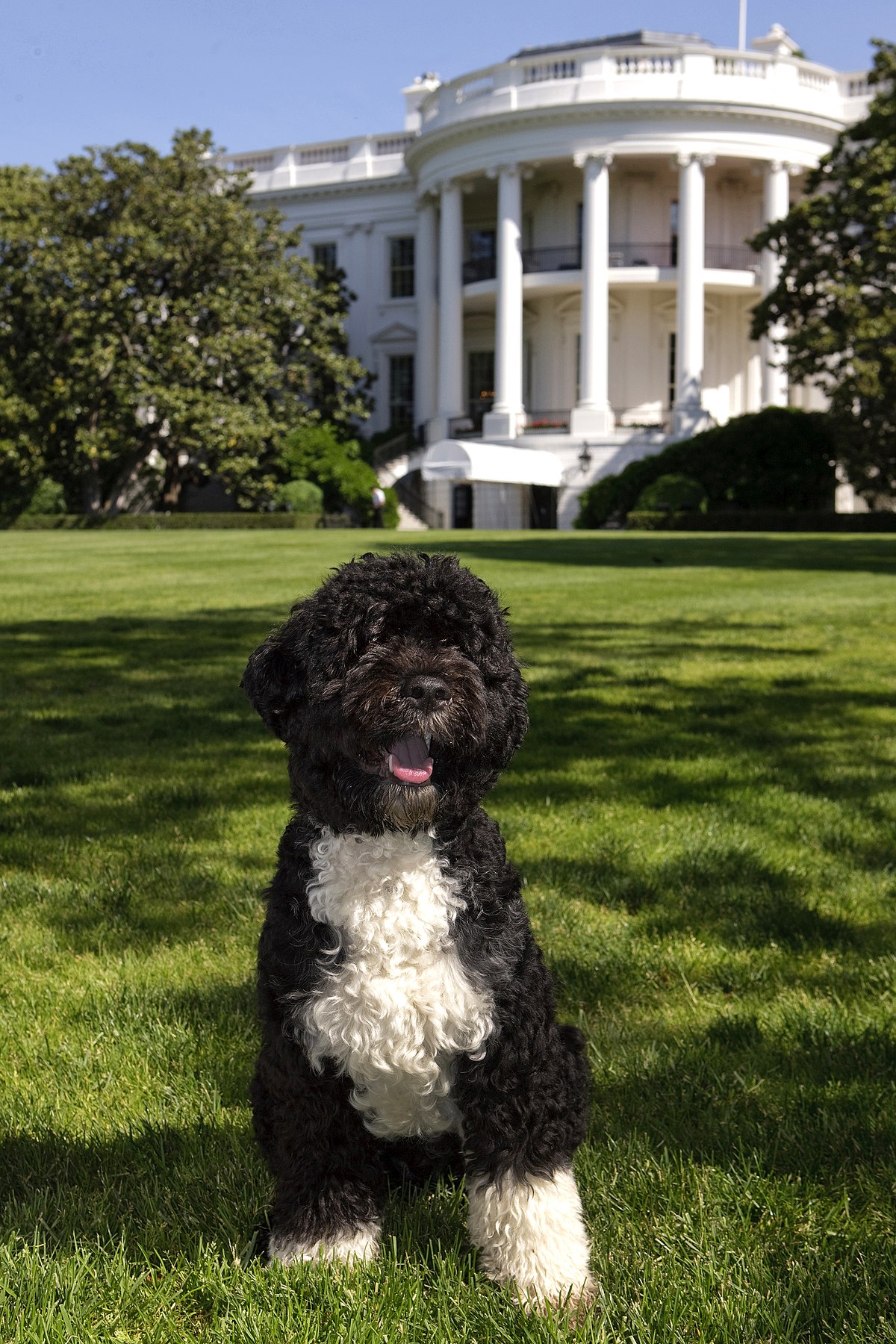 There have been many First Dogs over the years, from Nixon’s Vicki (not a dog’s name, I’d like to point out) to Ronald Reagan’s Rex, but in modern times, Bo Obama was a digital icon worthy of many an Instagram like. His sister Sunny is also a very good girl. You don’t see The Donald frolicking with a pupper on the White House Lawn, do you?! I am not ashamed to say that I once bought a teddy version of Barack’s Portuguese Water Dog, excellent purchase.

Amanda Seyfried’s Australian Shepherd is nothing short of absolutely stunning, and they seem like they have the utter craic together. Is it weird to want to be friends with a dog? If that’s wrong, I don’t want to be right.

Lady And The Tramp

All the dogs in this amazing Disney animation from 1955 deserve a spot on the list, but its two stars are the obvious choices. A pampered princess falling for a lad from the wrong side of the tracks is nothing new in pop culture, but pesky Siamese cats interfering certainly is. Grrr. The spaghetti and meatballs scene is forever iconic – and totally romantic.

The famous collie started out in a short story way back in 1938, but by 1943, her tale had already been adapted for the big screen. Famous for getting her human pals out of tight spots, there are versions of Lassie still knocking around today on page and celluloid, and the name has become synonymous with the long-haired version of the breed.

i'm 11 today!!! thank you for all the love and birthday wishes! you are looking at one happy and blessed pup, and i will be even happier later tonight after my belly is full with my birthday dinner! ❤ #birthdayboy (?: @thegracechon)

The first canine celebrity of the digital age, Boo made a name for himself first on Facebook, where it was later revealed his owner worked. A Pomeranian with a distinctive hair do, he was dubbed the cutest dog in the world thanks to his sweet little videos and outfits. His equally adorable brother Buddy sadly died last year.

RIP to this little Mohawked beauty, who used to accompany his dad to chat show interviews, on private planes and pretty much anywhere Gozzer went. We were sad to hear of his death last year, but he was a very good boy for a very long time, and Ryan has been wearing his dog tags on the red carpet ever since. Sob!

QEII’s fondness for corgis has been well-documented; she has always had several at any point in history. Her last remaining corgi, Willow, died in April of this year – she still has two dorgis (Daschund crosses) named Vulcan and Candy, who live a royal life of luxury. We’d love to hear her summoning Vulcan in real life.

When you’re hiding something, and not being obvious about it whatsoever. ??? Amazing sweater by @alqo_wasi via @leadthewalk

Winner of the esteemed Ugliest Dog In The World award, Tuna became an internet sensation thanks to his awkwardly placed teeth and silly smile. The chihuahua cross definitely isn’t pretty, but he is cute in the way that all dogs and babies are cute. Right?

Did you know that Dalmatians are born spotless and develop their spots over the first few weeks of life? You learn something new every day. Anyway, the pups saved from the evil Cruella De Vil, desperate to skin them for fashion, are some of the sweetest ever seen on film.

Another problem-solving pooch, this animated bloodhound had a nose for a mystery alongside his gang of pals. An icon of the 80s and 90s, Scoobs was famous for his strangely understandable mumbles and for catching baddies… who would have gotten away with it, if it hadn’t been for Scooby and the lads.

Famous for happily being papped playing with lots of dogs, Tom’s Woody was his BFF until his death last year… and we all fell a little more in love with the actor when he posted
a gorgeous tribute to his furry pal, saying he was far too young at six years old. Bawling still, TBH.

God knows how old Marnie is, but it’s safe to say this Insta-star is pretty ancient. A late-in-life rescue, Marnie’s distinguishing characteristic is her lolling tongue, and it’s made the little cutie very meme-worthy. She’s friends with all sorts of famous folk, from Demi Lovato to Kim Kardashian, and we are actually a little jeal… of the celebs.