Was there a spell for that? 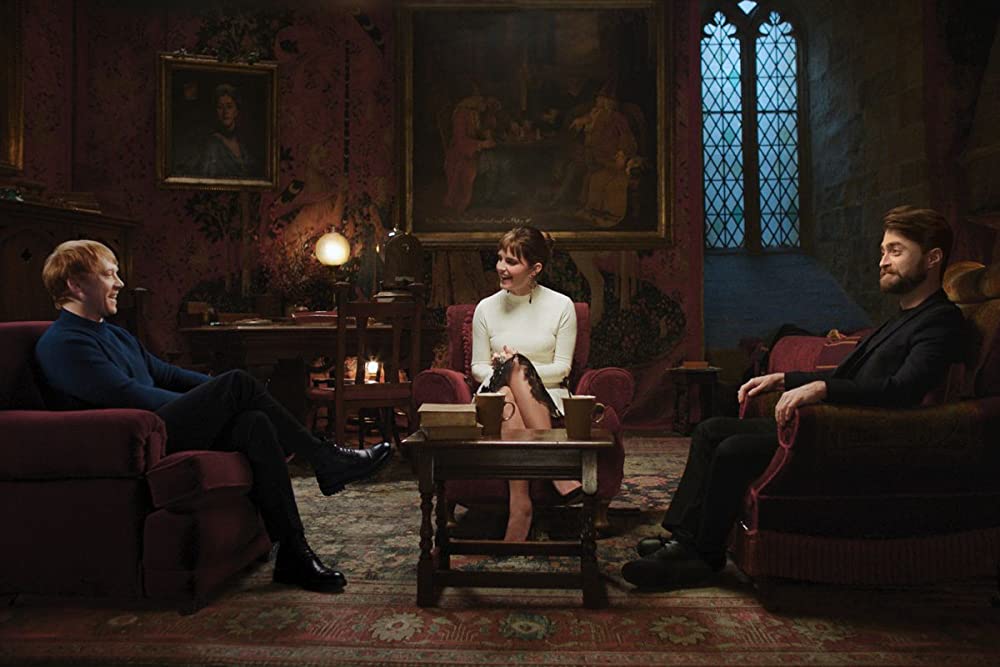 The Harry Potter reunion, Return to Hogwarts, might have brought a flood of magic nostalgia for most viewers, but some eagle-eyed fans weren’t as distracted and noticed some strange things that have led to theories that Rupert Grint, a.k.a. Ron Weasley, wasn’t actually there when they filmed.

The theories go that when the reunion was being filmed in London, Rupert was in Canada filming Cabinet of Curiosities. So fans believe that Rupert couldn’t join due to his work schedule and filmed his scenes separately and was edited in.

But anyone who watched the special will remember the hyper-emotional scene with Rupert and Emma Watson, who played Hermione Granger. Surely, they couldn’t have filmed separately when these two had a scene together and even held hands, or could they have?

Some fans noticed that Emma’s nails were painted black throughout the reunion, but in the scene with Rupert, her nails were gold.

So did Emma film this scene with Rupert seperatley? Well, she’s wearing the same outfit in her clip with Rupert that she wore in the other scenes. So either she got her nails done in the middle of the workday, or she filmed her and Rupert’s chat on a different day but put on the same outfit.

The evidence is already pretty convincing, and it doesn’t end there.

In the closing credits of Return to Hogwarts, a Toronto unit is credited for their work. And as we’ve mentioned, Rupert was working in Canada when the reunion was filming. So did they send a team over to film his scenes?

It seems pretty unlike that Emma just booked a nail appointment on a filming day, and there isn’t a lot of reasons to shoot in Toronto if not for Rupert, so there might be some weight behind this theory.

This wasn’t the first blunder people noticed in the special. When showing a photo of a young Emma Watson, they actually showed a photo of fellow actress Emma Roberts as a child. If that wasn’t enough, James and Oliver Phelps, who play twins Fred and George Weasley, were labelled with each other’s names during the special.

Even so, the reunion was still great, so hey, we’re not complaining.