What’s It Like To Be On Reality TV? Danielle Robinson On Life After Fade Street

"You end up pushing yourself to do or say things... viewers no longer see you as a person."

Reality TV can be a launch pad for a successful career in the public eye or a stint that hinders your profile, rather than helps it. In this three-part series, STELLAR chats to Irish reality TV stars about their lives post-telly – the first is Danielle Robinson, who appeared on RTE’s Fade Street

“Before Fade Street, I hadn’t even watched an episode of any of the popular American reality shows. I had just started modelling and joined a Dublin based agency which is where I was scouted from. I remember sitting in my old workplace after hours with friends when they called out about a TV opportunity; the interview was the next day in South Dublin early in the morning. Living in Wexford and flat broke, I told them I wouldn’t be able to make it. My friend then offered to give me a lift up and back so I rang back to confirm. I had no idea what to expect or even what it was for, really. I guess it was the excitement of it all, it’s difficult as a 18 or 19-year-old to turn down an opportunity like that. I thought I’d be cruising in champagne-filled limousines, smoking cigars and chilling with Colin Farrell. I was wrong… unsurprisingly.

I was on the show for a total of two years and it was so exciting to begin with. It was bizarre seeing your face in commercials, or having your mum ring excited every time she spotted you in the newspaper. I got an all-expenses paid trip to Marbella (a location on the map I never heard of until I started hanging out with Southsiders). And I met some really lovely people that I’m still friends with to this day. 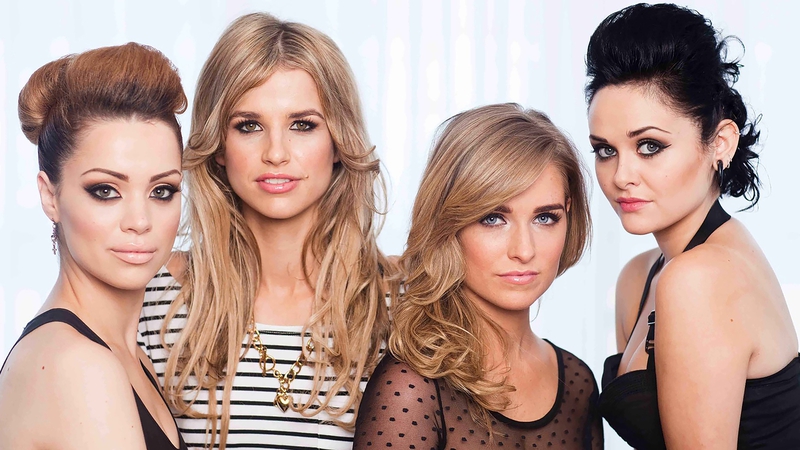 As it went on, it became a different experience for me. Obviously getting the views in was the focal point for the team, but it did mean that quite often you would end up embarrassed or upset for the sake of some TV drama. You end up pushing yourself to do or say things, especially when you feel like this is an opportunity you’re lucky to have and want to keep. Another negative aspect to it was the fact that viewers no longer see you as a person. You were now open to online criticism, jeering and just general meanness. I remember one evening in tears just shutting down my Twitter page. People would target you with the nastiest unnecessary comments. I’ve never done that to anyone else and I certainly never expected it to happen to me.

Much like you hate hearing your voice on a recording, you hate seeing yourself on television. After the first few episodes I stopped watching, in fact there is probably still some episodes from season two that I still haven’t seen, although my friends from home only delighted in filling me in.

Being recognised was a strange thing, you would catch people trying to take a photo of you inconspicuously while you’re out buying groceries. Or at night you would get approached from some of the slightly more forward or intoxicated folk who wanted to give you their opinion of you or the show.

The social media aspect was the facet I particularly struggled with. Obviously the majority of people were simply lovely, but we only ever register or believe the people that drill you with negativity. We were regularly rated on our looks, our bodies and what we wore. This was something that made me extremely unhappy and self conscious. In fairness, I take all bad remarks about my eyebrows on board. Mortified for myself.

I don’t think reality TV hindered me to any great extent. It slowed down the process possibly but I’m getting to where I want to be now. After the show, I went back to uni and finished an honours degree in Psychology. In September I start my Masters in International Security and Conflict Studies. I politely exited the world of TV after the second season ended, I didn’t even show up to the wrap party. I changed my look drastically and started to focus on the things that helped me feel more like myself again, like politics, art, history. Occasionally I would get offers here and there for segments on shows or radio, but at that stage I had tried it and was now ready to put it to the side. It’s nice to not be referred to anymore as ‘Dani from Fade Street’.

There were lots of positives. Without the show I wouldn’t have met the contacts that inevitably led me to meeting my fiancé Michael. We are together five years now and getting married this December. I was also given the opportunity through the show to work at Dublin Ink. I’m now the manager of the studio and have made some incredible friendships from working here. The show also helped me grow and shape who I want to be. It’s not an opportunity that many people get to have, and through these unique set of circumstances I learned what is right for me, what works for my life and what doesn’t.

It wasn’t a totally unfortunate experience for me, but what I can say for sure is that I definitely won’t be venturing on to Irish television again. We deserve more than that for the amount we pay for our TV licenses!”