Will SATC’s Samantha Jones Make An Appearance In Emily In Paris S3? 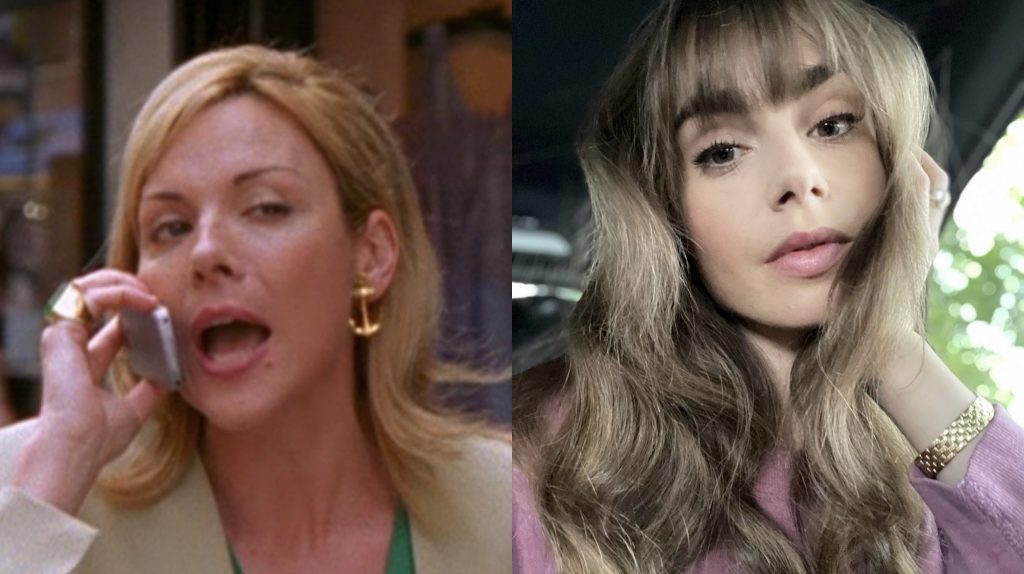 We LOVE a crossover!

The internet is convinced that Kim Cattrall will be making an appearance in the new season of Emily In Paris, and we have all the details for you.

As you may know, Kim played the iconic character of Samantha Jones in Sex And The City and did not return for the reboot of the series titled And Just Like That, the explanation the show gave was that Samantha was in Paris. Samantha works in PR, you know who else works in marketing and PR in Paris? Emily…. See where this is going?

People think that the new season of Emily In Paris will see Emily meet Samantha Jones, even just for a minute, and we are hoping this is true. Instagram page Diet Prada is claiming credit for the possible crossover as they posted in 2020 saying, “Really just need a SATC/ Emily In Paris crossover special tbh.”

And adding feul to the fire, Kim Cattrall walked the red carpet at the S3 premiere of Emily In Paris last night! It all may be pointing towards one thing… Samantha in Paris!

We are really hoping this comes true, and maybe Kim won’t be playing Samantha necessarliy, but if she shows her face at all, the fans will know.

Netflix confirmed that Emily will be returning to our screen on December 21 – and it’s safe to say that we’re counting down the days.

Along with “a lot of cliffhangers.” (No need to worry though, the show has already been renewed for a fourth season, so they will be resolved… even if it takes awhile.)

We can also expect the return of all our favourite characters like Mindy, Camille, Sylvie, Julien, Luc, and Gabriel.

Plus Emily’s British beau Alfie is returning as a series regular, so it seems that move to London might have been postponed? Or maybe they’re going long-distance? Either way, we’ll be seeing more Lucien Laviscount.

There are also rumours that Emily might be travelling a little more this season, with Lily hinting at trip to Belgium for the marketing manager.