What a sweet moment! 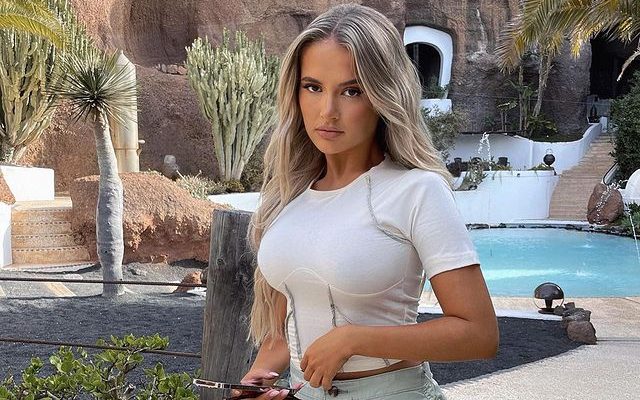 Molly-Mae Hague and her friend Sydney May Crouch just found out each other were pregnant at the exact same time!

Although Molly-Mae has revealed that she did not film herself telling her family and friends her news, Sydney posted a YouTube video of herself revealing her pregnancy to her loved ones, which included the former Love Island star.

In the video, Molly-Mae is seen smiling, as if she knows what’s about to come, when Sydney says, “I’m pregnant” Molly-Mae responds with, “so am I” and starts laughing.

Sydney responds, “no you’re not!”, when Molly says, “You can’t put this up”, pointing at the camera as her pregnancy was still a secret at that stage.

The moment is hilarious yet so special for two friends to share, of course, we imagine Sydney got the go ahead to post her video now that Molly-Mae has announced her own pregnancy to the world.

As for why we won’t be getting a ‘friends and family react to our pregnancy’ video from the former Love Island star, well, simply because she wasn’t ready to film.

In a Q&A on Instagram recently Molly explained that it took her some time to process her pregnancy.

“We didn’t [film people’s reactions to the news]. Something about it just felt kind of unnatural? Even filming Tommy felt strange. It really took me a long time to process the news, I’ve explained all of this in my next vlog. I just didn’t feel ready to make videos/ film things for a good while because I still couldn’t comprehend that I was pregnant myself. Sometimes I still don’t believe it now (even though I can feel baby move).

“I absolutely love watching other people’s pregnancy reaction vids and I always imagined we would make one! But yeah, I think I just wasn’t ready to get the camera out,” she said.

She also shared that she waited until the day after she found out to tell Tommy because she wanted to make sure she told him in the “right way”.