Behind The Scenes At STELLAR’s Black Ops Fashion Shoot

Get the inside scoop on our Black Ops fashion shoot with this how-to from our hair and make-up gurus! 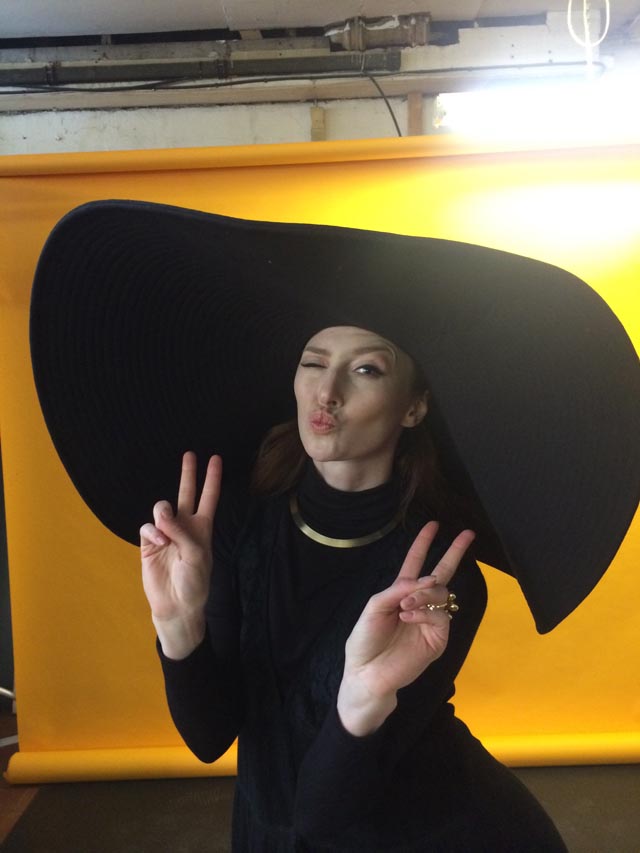 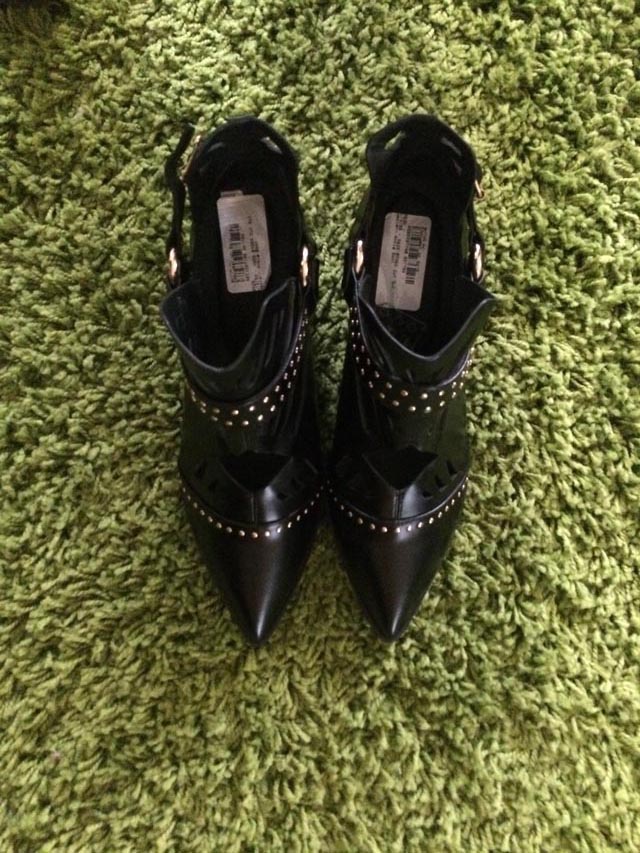 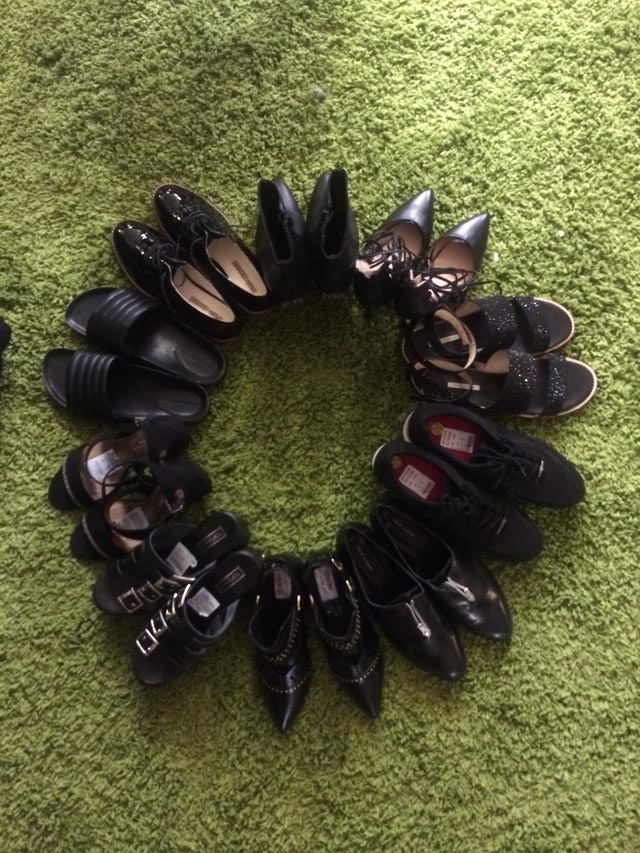 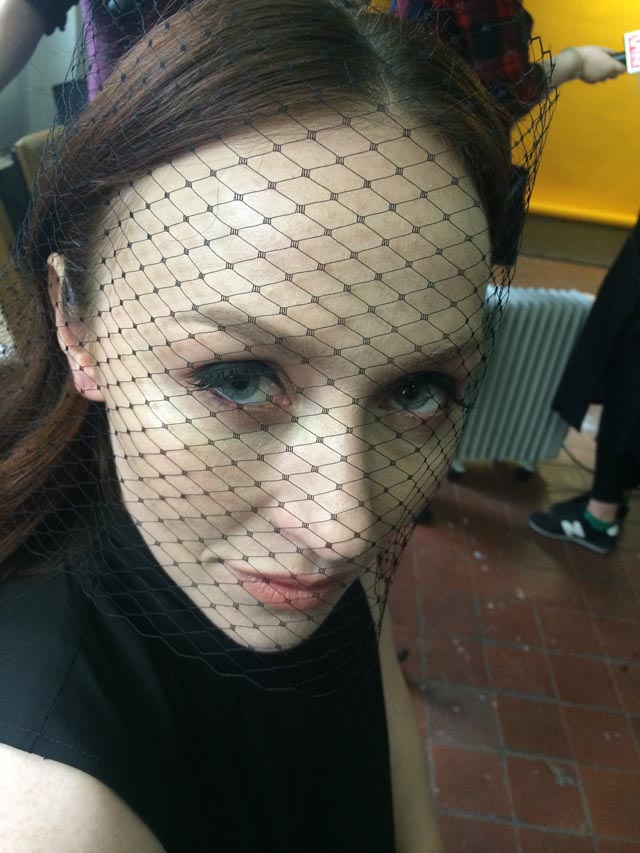 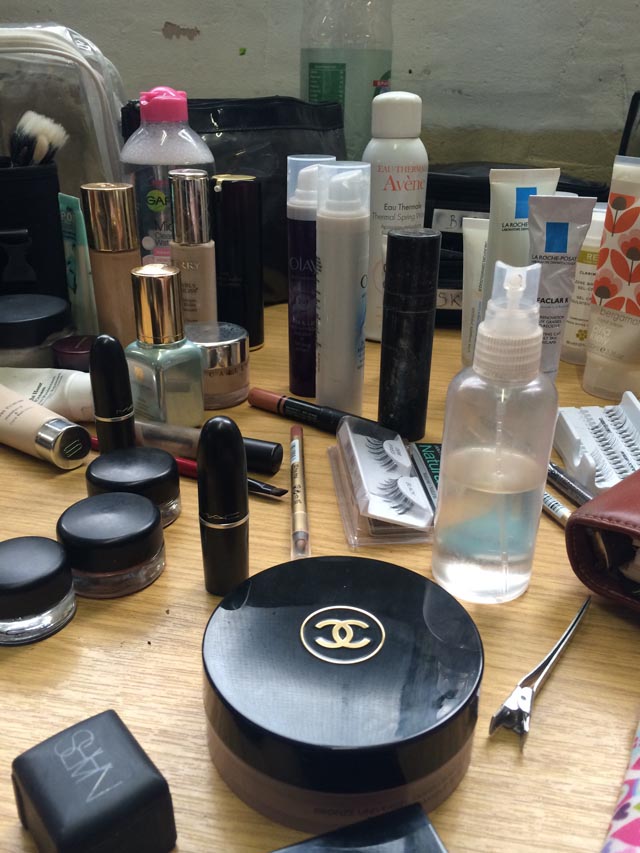 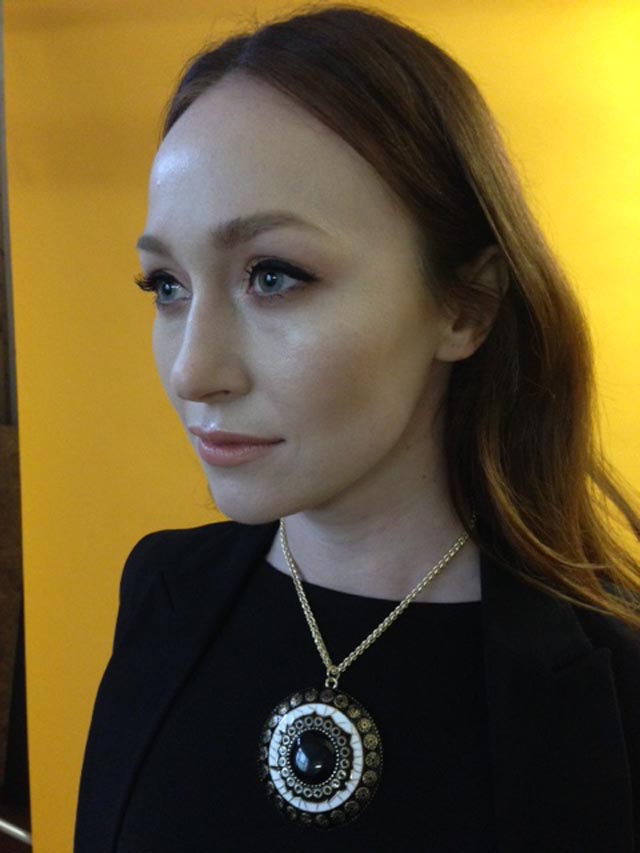 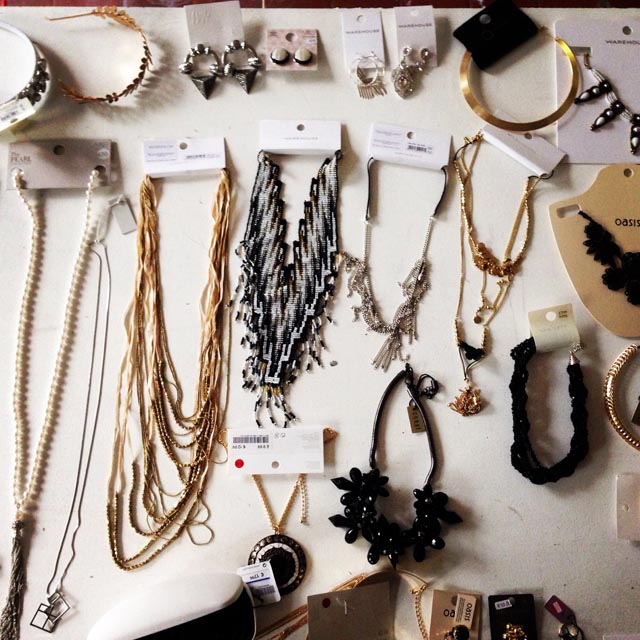 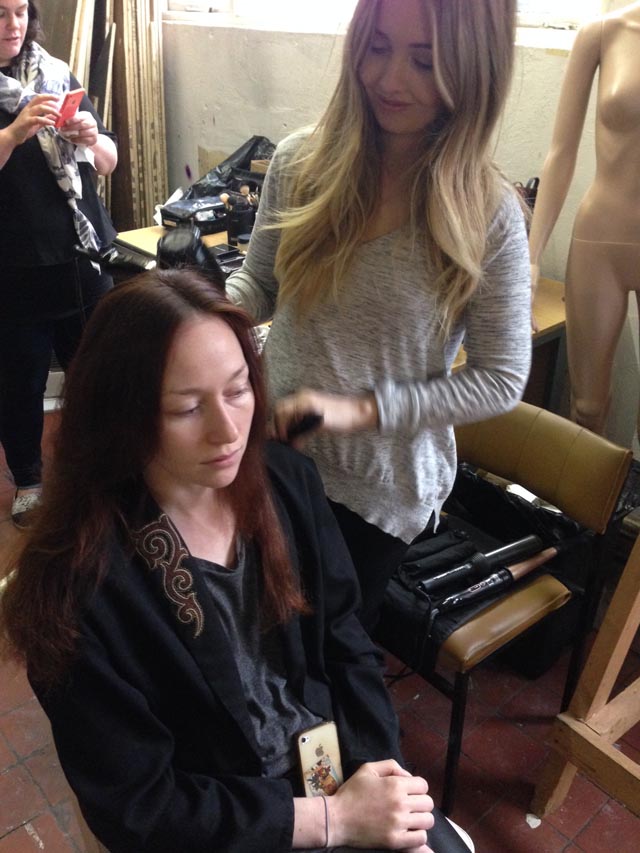 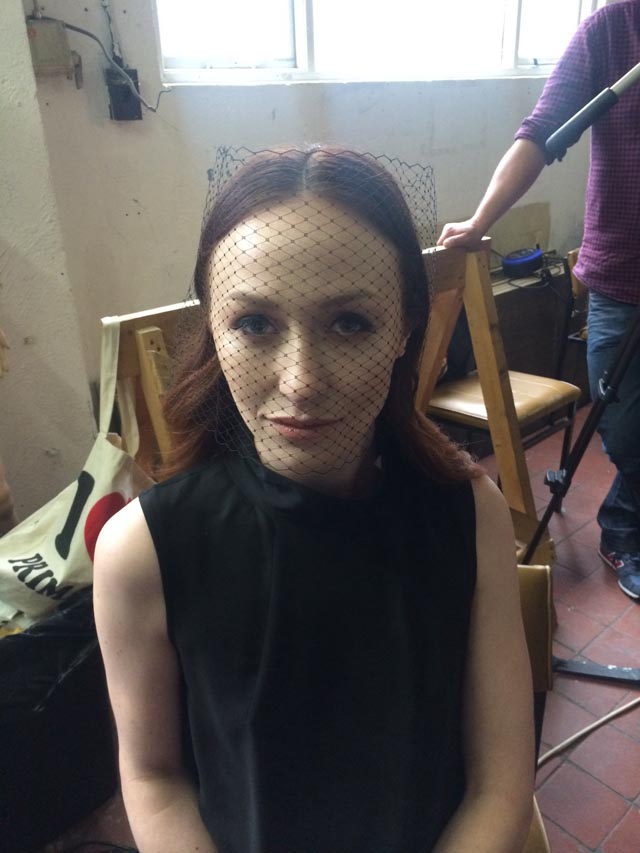 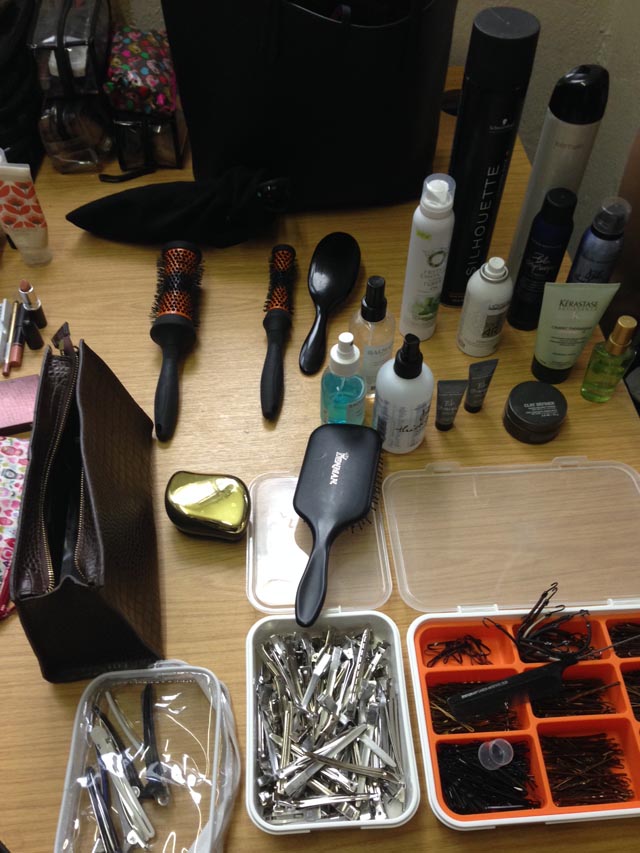 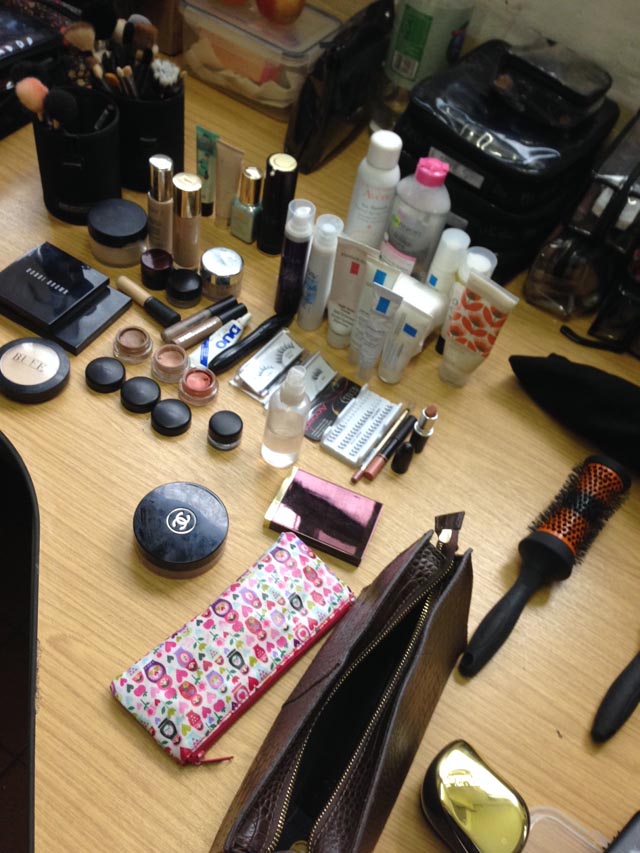 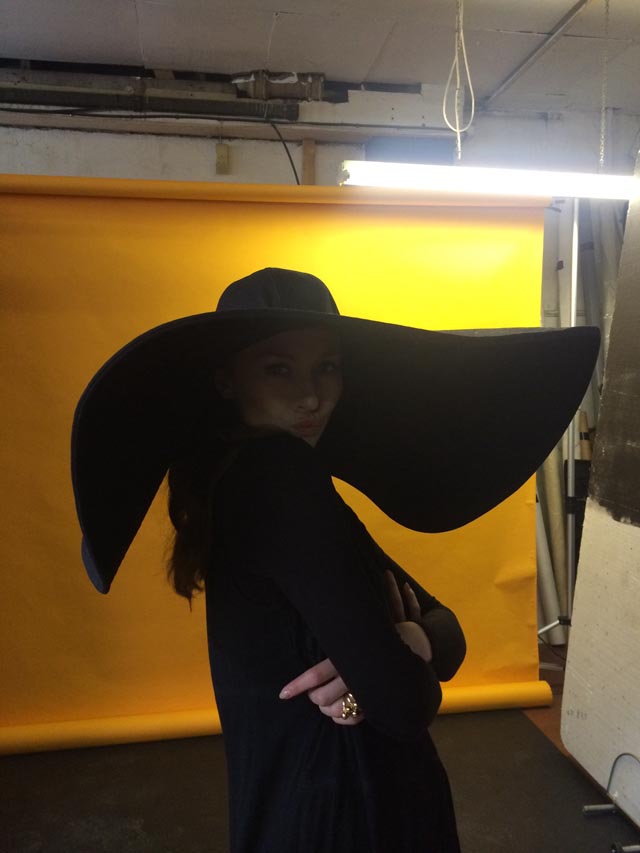 For today’s shoot, we wanted to create a look that seemed a little undone. We don’t want the hair to look too girly – just more natural. I started by smoothing the hair out and straightening some of January’s natural texture. I’m going for a straight look, rather than a curled look, so it’s a cooler vibe.

The most important thing is the centre part. It’s crisp and cool. Next, we used a hairdryer and paddle brush to smoothe out the frizz. Following this I used a large tongs to put a bend on the mid lengths of the the hair. Again, this isn’t about curling it, it’s about adding texture.

What we want is a matte look – so I’ve avoided shine sprays.

Pantene dry shampoo is the one product that will help you achieve this look. I really like this dry shampoo because, unlike others that make the hair feel lighter, this one gives a great texture at the root almost like a powder product so it stiffens the hair and makes it really workable

The most important part of the look is slicking back the two front sections behind the ears. The texture in the hair gives a cool edge but the maintenance up front says this is a considered look. facebook.com/hairbyJoanneKelly

This is a super simple look. For the skin, it’s all about creating contrasts, with the skin being matte in some areas and dewy in others. It’s the same with the eyes, keeping them soft but with a distinct edge, using a lot of pink pots to get a soft sheen. We’re keeping it matte with no shimmer but still getting that semi gloss. It’s something that’s really easy to do at home, and a really nice look for summer without being too beach-y.

The lips are a browny coral – again matte, using creating the sheen with a Tom Ford highlighting palette.

Skin prep is super important – making sure the skin is perfect before applying foundation.

You want to use as little of that as possible, only use concealer (and as little as possible) where needed. I used three different primers, so that’s the main thing about this look. I used Estee Lauder idealist even skin tone illuminator all over for the base. Following this, I used Porefessional from Benefit, to create a flawless finish around larger pores and then Zelens primer on the T-zone.

After foundation and concealer, I used Shade & Illuminate by Tom Ford on her lips, nose and cheekbones. January has a slightly oily T-zone, which actually really works for this look! I wanted to go with that and only use a little powder on her side panels and nose.

Brows are kept natural, so it’s not going to be a heavy, groomed brow, it’s more about keeping it natural, running a clear brow gel through the hair to give it a little bit of a shape.

I used a coral/beige eyeshadow all over so it’s subtle and really matte, with a simple mascara and a slick liner, not so perfect but these colors make the eye pop. Then for the lips, it’s a nude lipliner all over with a dab of Elizabeth Arden 8 Hour Cream. katerosecrean.ie