Austin Butler Addresses Rumours His Voice Has Changed On SNL

Thank you, thank you very much for this joke Austin. 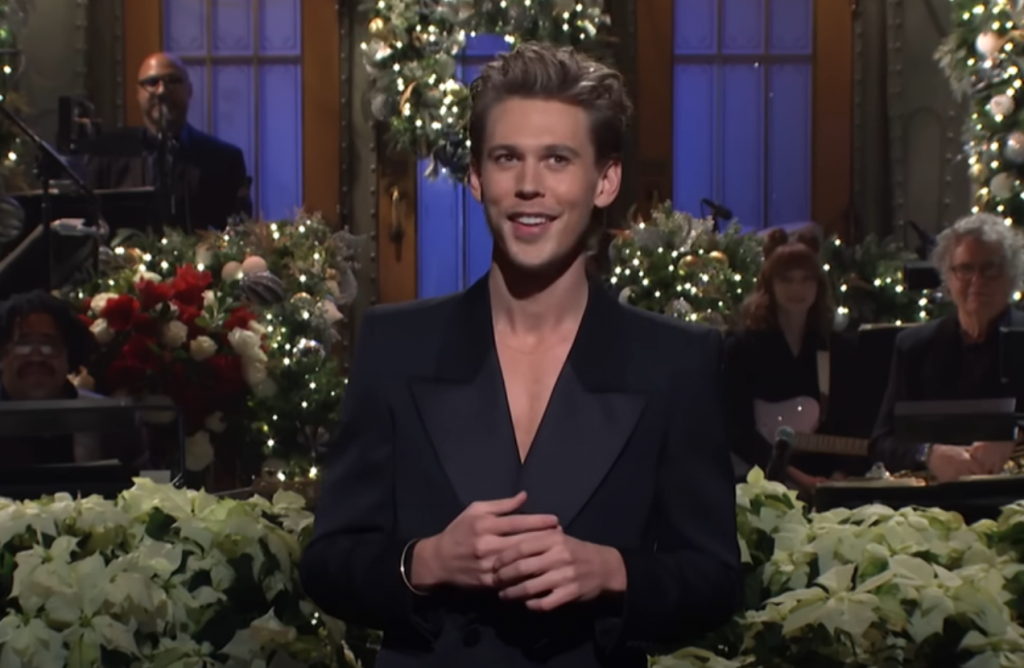 Elvis star Austin Butler took to the SNL stage this weekend to show off more of his acting skills with a comedic twist, the star took part in multiple hilarious sketches and, of course, the iconic monologue at the start of the show.

During his opening speech Austin addressed the viral rumours that since playing Elvis, he just can’t seem to shake the deep tone and southern twang in his voice. In a hilarious moment Austin ensured fans that he has always spoken like that, throwing over to a clip from an interview ten years ago, where he claimed to sound the same. Only instead the clip was dubbed with a really high-pitched voice. We love that he can laugh at himself!

That wasn’t the only time he poked fun at his voice, later on in the monologue Austin told viewers that he grew up in Anaheim, California, making a subtle side note, “hence the southern accent”.

But the speech was not all laughs, Austin also fit in some very sweet moments in tribute to his late mother, who passed in 2014. Austin recalled watching SNL with his mom and how she used to take them to Disneyland on school days.

At the end of the speech he said, “My mom is no longer with us, but I’ve been thinking about her a lot this week just imagining how proud she would be that her son who used to not even be able to order food for myself at a restaurant is now standing on this stage.”

Making a movement that looked like he was wiping away a tear, Austin continued, “And tonight, just know that any time you see me doing a silly voice or making a funny face, that’s for you mom.”

Austin didn’t stray too far from his Elvis mode while doing the show as he broke out a version of Blue Christmas for the audience, ah he had to though didn’t he!