She just keeps on giving! 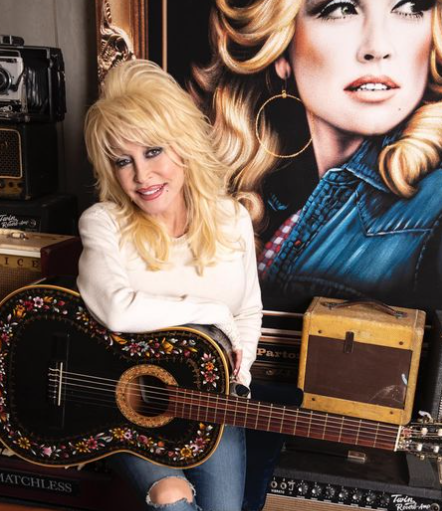 Just when we thought Dolly couldn’t get any more iconic…

The country singer has proven time and time again that she is well capable of staying relevant, from appearing on Hannah Montana with her God daughter Miley Cyrus – which introduced her to a new generation of fans – to co-hosting Miley’s NYE special in 2022.

But it’s not only the now Dolly is focused on when it comes to her career, she has a plan that will allow her to release new music when she’s 99! Yep, the 9-5 singer revealed that in Dollywood’s DreamMore Resort in Tennessee, a song that she has written but never released is buried and won’t be dug up until 2045.

Telling Jimmy Fallon when he asked if it was true she explained, “They asked me if I would write a song that nobody would ever hear, I’ll be dead, gone…Well I might not be, ’cause I’ll be 99, you know me I might still be hopping around. I wrote a song and I put it in the box to be opened, and at that time it was CD player and the ways of saying what we will be doing with our music at that time left all the instructions ‘here’s how you can play this’.”

Although this is pretty cool (who doesn’t love a time capsule?) Dolly may have changed her mind about it since it was buried saying, “I have regretted that because it was a really good song, I keep wanting them to let me dig it up and put something else in it that’s not as good…”

Okay, now we are really excited…

In 2045 Miley will be turning 53, and we’re thinking it’d be pretty special if she sang Dolly’s long-lost song at the time… and who knows maybe Dolly will be joining her on the track even then!

There’s nothing better than a Dolly and Miley collab. During their NYE special the pair sang many songs together. One that’s doing the rounds online is their version of Wrecking Ball, a song Miley has previously said is tough for her to sing, but alongside Dolly, both of them smashed it. Take a look;