Everyone Is Talking About Kylie Jenner’s Latest Fashion Statement 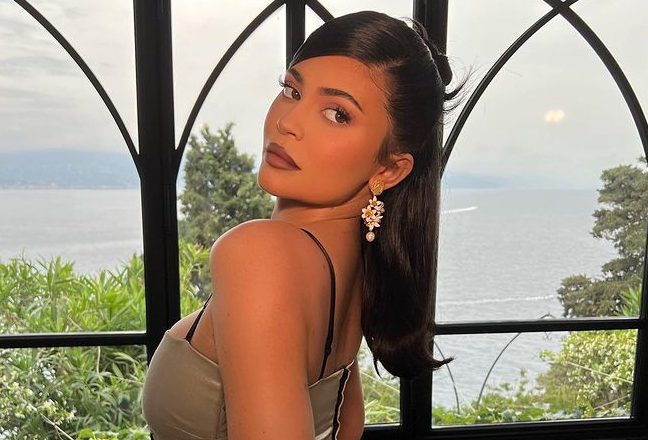 Kylie Jenner really said ‘I’m owning 2023’ this week, and that she is.

Not only, did she make headlines by revealing her son’s name over the weekend (more on that later), but now, in her first extreme fashion moment of the year, Kylie has got people talking with a very quirky look at the Schiaparelli show at Paris Fashion Week.

The dress is a simple black strapless design with a giant faux Lion’s head sewn onto the front, and it is a STATEMENT, to say the least. According to an Instagram caption of Edward Enninful, Editor-in-Chief of British Vogue & European Editorial Director at Vogue, the animal head is made of foam. They did an amazing job at making it look realistic!

Kylie posted pictures of herself in the gown with the caption, “BEAUTY AND THE BEAST. thank you @danielroseberry and @schiaparelli for such a special morning. wow, i loved wearing this faux art creation constructed by hand using manmade materials. beautiful beautiful 🦁.”

And suddenly the pictures were all over the internet. People think that the choice of outfit is connected to her son’s name, which she revealed earlier this week, (circling back from earlier).

Over the weekend Kylie dropped the first pictures of her son with the caption, “AIRE”, finally revealing his name publically since she changed it from Wolf last year.

Aire means ‘Lion of God’ and the outfit including the faux feline, could be a nod to her son, perhaps this is why she wanted the name out there before she wore the dress?

Others have noted that Kylie is a Leo and the dress is giving major Leo energy, Kylie has previously referenced her star sign by naming a Kylie Cosmetics lip kit shade ‘LEO’, so it would definitely be on-brand.

The dress has gotten a mix of reviews in the comments of her Instagram post, but one thing’s for sure, everybody has something to say about it.

It’s only January and so far we’ve had two iconic Kylie moments, she has been quiet the last few years but something tells us Kylie is in her spotlight era and we’re here to see it.