What a cute touch.

Blake Lively was the best dressed for many at Monday night’s Met Gala – her outfit consisted of more than just an absolutely stunning gown, but also a nod at her husband Ryan Reynolds.

The 30-year-old actress stunned in a crimson Versace dress complete with embroidered bodice, bejewelled straps, and an extra-long train, all of which took 600 hours to make by hand.

Blake arrived to the biggest fashion event of the year on the arm of Christian Louboutin, rather than her husband, Deadpool star Ryan Reynolds. However, he was certainly there in spirit, as were their two children.

Blake brought the fam along with her to the Met Gala through her accessories. Her custom-made Judith Leiber rhinestone clutch featured Lively’s initial, and the initials of Reynolds and their two children, James and Ines, in the form of a crest.

The letters ‘B’, ‘R’, ‘J’ and ‘I’ branched out of a huge diamond in the middle like a cross, and the background featured an intricate scroll with their family surname ‘Reynolds.’

The actress also wore a golden halo-esque headpiece, emerald earrings, and accessorised with a lot of gold. Ryan was unable to attend as he was off promoting Deadpool 2, but at least he was there in some form! 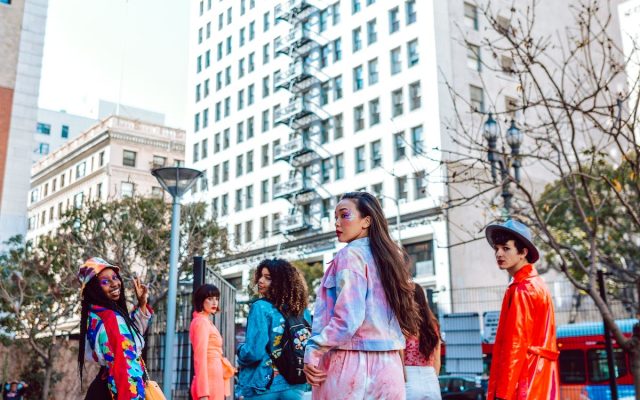