Meet Pat McGrath, The ‘Self-Made Billionaire’ Whose Brand Is Now Worth More Than Kylie Cosmetics

Kylie Jenner is on track to become the youngest self-made billionaire ever, ahead of even Mark Zuckerberg, who became a billionaire at age 23. Click the link in our bio to find out how she built a $900 million fortune in less than 3 years. #SelfMadeWomen

Earlier this month, people got a good laugh out of Forbes naming Kylie Jenner a ‘self-made billionaire’.

They pointed out that being born into wealth isn’t exactly the definition of ‘self-made’:

calling kylie jenner a ‘self-made billionaire’ is like claiming you made soup from scratch because you opened a can and reheated it.

erm. being born into extreme wealth & instant fame is the exact opposite of “self made” https://t.co/c9rZyx03Al

The funny thing is, there actually is a self-made female billionaire out there who is also in the business of beauty, and her name is Pat McGrath.

The 48-year-old makeup guru, who has been described as “the most influential make-up artist in the world” by Vogue editor, Anna Wintour, has just signed a $60 million deal with investment firm Eurazeo Brands. The sudden influx of $$$ sees her brand Pat McGrath Labs’ estimated value go to over $1 billion dollars.

Pat started her company on her own a little over three years ago, self-funding the line for the first year. Now the company’s net worth surpasses Kylie Cosmetics ($800 million), and the internet is questioning why Pat didn’t get a Forbes cover, given her rapid success and billionaire status.

When Pat McGrath Labs hits $1billion valuation, surpassing Kylie Jenner Cosmetics and is actually self made but she doesn’t get a Forbes cover? Bloop, love a double standard. NOT! ?

So who is this actual self-made billionaire? Here’s everything there is to know on the world’s most revered makeup artist.

McGrath’s love for make-up came from her Jamaican-born mother, who raised her and her sister as a single mother in Northampton.

Growing up in the 1970s and 1980s with a passion for make-up was difficult for McGrath, and she regularly speaks about the struggle to find cosmetics to match her skin tone. Speaking to the Guardian, she said she and her mother would find themselves creating their own make-up to suit them by mixing products. Still to this day, she has had no formal training in make-up.

McGrath first broke onto the scene when she moved to London at the time of the club kids during the 1980s. Her bright quirky makeup helped her crack into the makeup industry, where she began creating looks for Vogue as well as fashion houses like Prada, Dolce and Gabbana, and Dior. Basically, if you’ve admired the makeup in a magazine or on a runway, Pat is probably behind it.

Pat McGrath Labs was launched in 2015 with the now beloved Gold 001, a stunning gold pigment that sold out in six minutes online. Since then, it has expanded to eye palettes, a lipstick line, and the now-iconic glitter lip kits: 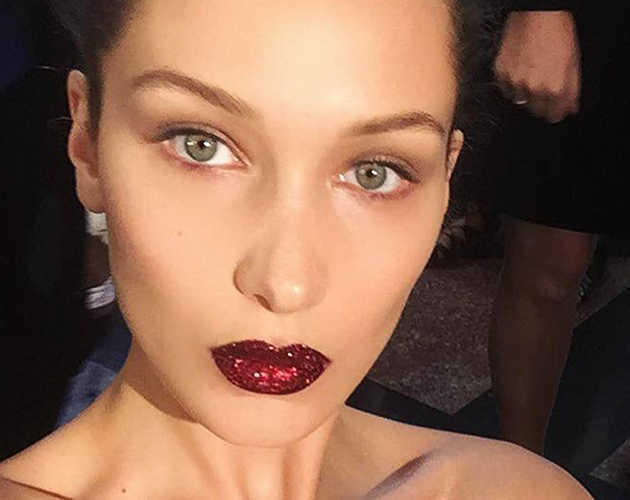 McGrath says she wants to “change how people think about makeup, and disrupt the status quo”, and we for one are here for seeing less of the same instastun makeup and more unconventional looks.