Morphe Cosmetics Announce They Will Stop Working With Jeffree Star

The brand no longer want to be affiliated with the YouTube star.

On Friday, mega beauty brand, Morphe Cosmetics revealed they will no longer be working with Jeffree Star. This comes after the YouTube personality has been the centre of yet another controversy.

This time, Jeffree has been accused of harassment and racism. In particular, another beauty influencer, Kameron Lester, has claimed that Jeffree at times made him feel “uncomfortable.” He went on to say that he felt “manipulated” and like the “token black kid.”

Jeffree has yet to address these accusations but last month he did comment on older internet content that people were slamming him for. This includes an image of him with the confederate flag as well as use of the word ‘nazi.’ In June Jeffree did respond to this; “It does not reflect who I am today or what I stand for or have EVER stood for.”

Since these claims of racism have surfaced many influential figures in the beauty world have demanded that Morphe break ties with the star. Jackie Aine said; “hey boos, as some of you may know as of this week I will no longer be a @MorpheBrushes affiliate… I refuse to align myself with a company that continues to retail antiblack racist beauty brands. I strongly encourage other influencers to do the same!”

With so many beauty influencers working with Morphe, it could be damaging for their business to still be affiliated with him. Currently, Jeffree works with the brand on their Morphe X collaboration and they are the retail distributors of his brand Jeffree Star Cosmetics.

Despite this, the company are looking to cut ties with Jeffree. Releasing a statement yesterday they said; “Today we’ve made the decision to cease all commercial activity related to Jeffree Star and affiliated products. We expect this to conclude within the coming weeks.”

“As we look to the future, we will continue to share updates on what lies ahead for the Morphe brand.”

So far, Jeffree is yet to comment on the situation. 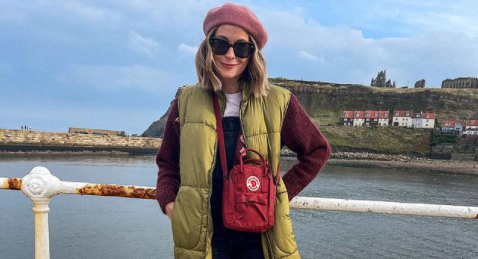 How To Stay Warm While Still Looking Chic AF This Autumn