"If I had of known people would be so moved by the imagery I would have released the first set of photos a long time ago."

Despite how grim and uncertain life feels at the moment in the midst of a pandemic, there have been some positives to come out of it. One of the good things has been to see how people are still able to think outside the (literal) box and be creative. Suddenly everyone is knitting, baking and starting new creative projects.

Dublin based photographer Ruth Medjber has been working on a creative project of her own. You may have already seen her stunning photographs on social media over the past few weeks. Ruth, who usually is a touring photographer with bands, has been snapping portraits of people through their windows at dusk.

With everyone stuck at home it has actually created the perfect framework for Ruth’s images, as the window frame literally becomes a photo frame.
The series, Grá Sa Bhaile is an interesting way of documenting this strange time through portraits. It also gives as an insight into the many different types of families and friends isolating together. Throughout her series we see big families, couples, dogs, newborns and flatmates all in isolation together.

We caught up with Ruth to chat about why she started the series.

First of all, in what area have you been snapping these pictures?
I started the project before the 2/5km rule came in, so I was able to go visit friends in Donabate and Sallins.

Then when the restrictions came in I had to stay local, which is Glasnevin/Drumcondra/Marino/Finglas.

What gave you the idea to start this series?
I’ve always loved the aesthetic of an illuminated window at night. You see it a lot at Christmas when people have their trees in the window and you can peer into their living rooms. I think it stems from being naturally nosey really, who doesn’t have a goo into people’s homes when the big light is on and the blind is up.

I’m a music photographer by trade and I tour a lot with bands. Usually I’d be just about to start shooting at around 9pm each night, which is twilight at this time of year. I’m a bit of a workaholic, I can’t sit still at home with nothing to shoot. Heading out to shoot at this time just seemed natural and it all came together quite easily. Shooting windows is hardly a new idea, lots of people have done it before me (Massive Attack’s “Protection” video is great example) and lots more people are doing it now, I just put my own stamp on it for this project.

What kind of feedback have you been getting since you started sharing them?
People really surprised me with their reaction. If I had of known people would be so moved by the imagery I would have released the first set of photos a long time ago.
I was sitting on them for ages because I just thought people had much better things to be looking at. There’s some incredible art and performances being created right now.

How are you finding lockdown? Have you found it’s helped you feel a bit of normality since you started?
Lockdown is tough for everyone so I don’t think I’m alone in finding it hard. I live on my own. I pop up to deliver shopping to my folks in Drumcondra a few times a week, but other than that it’s quite boring.
The project gives me a little bit of a boost. I’m excited to head out and meet new people each night and it’s lovely to see their reactions too. So many people tell me that they’ve been out cleaning the windows, or digging out their hair straighteners for the first time in weeks.

Who would be your dream person to snap through the window panes?
I think the president of Ireland, Michael D Higgins and his family would be a nice addition to the series. I’d imagine he’s at home, just like the rest of us. He’s always such a fantastic supporter of the arts too so it would be a total honour to have him involved.
Tags: 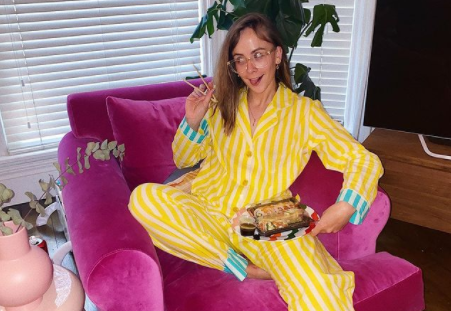